2013! Can you believe it? We survived the end of the Mayan calendar and are now living in what I like to call the post-non-apocalyptic world. I think that may well be the next hot genre for literature and film. To celebrate our non-demise, I did my usual thing and went to what one attendee described as "the best party in the universe."

Yes, I'm talking about Possum Drop! It's the party I've spent most New Year's Eves at since 2006, and it really is a lot of fun. We get together at an undisclosed location in the Atlanta area and burn a huge possum effigy stuffed with fireworks. This one was decorated with a Mayan theme and was the most dangerous possum ever. When the bottle rockets started coming out, everyone scurried for cover. No word yet on the casualty report, but I think it was probably close to zero (although there was that one guy who kept falling down). It was a most excellent Apossumocalypse!

A year for optimism?

If you read my New Year's articles the past two years, you may be expecting me to talk about how the Energy Vanguard Blog has grown and traffic is going through the roof and all that. I like to change things up, though, so I'll just say that I'm constantly amazed at the numbers. I'm writing an article for the May/June issue of Home Energy Magazine, though, where you'll be able to see how that's going. I'm also working on a media kit that'll show the numbers, too, because we're going to start allowing select companies to advertise here. More on that later.

This is going to be a great year, judging by the activity I've seen from our associates and the requests we're getting. Also, Congress just renewed the 45L and 25C tax credits, which provide $2000 for builders of new homes and up to $500 for homeowners who make qualified energy improvements, respectively. More states are starting to get tough with energy codes, too. Georgia has required blower door and duct leakage testing since 2011, and now other states are following suit, including our neighbor Alabama. 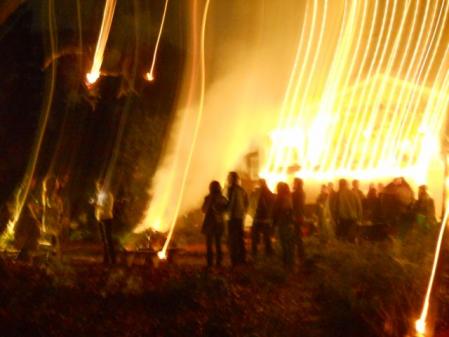 My 2013 calendar is filling quickly. We've got classes for BPI Building Analyst and Home Energy Rater certifications coming up soon. (Hurry if you want to get in them!) I'll also be traveling a lot for speaking and teaching this year. Just in the first 4 months, I'll be in Raleigh (workshop for Building Enclosure Council), Toronto (my third HERS rater class in Canada), Orlando (RESNET conference), Dallas (keynote speech for Texas Public Power Association conference), and Tucson (presentations at the Structural Insulated Panel Association conference). I may also be going to Puerto Rico (HERS rater class) and Denver (ACI conference). And that's just the first third of the year! Perhaps I'll see you at one or more of those events.

On tap for the Energy Vanguard Blog

Coming up with topics to write about is never difficult. I've always got dozens of them on the lists that I keep. The big issues that I've been thinking about a lot lately are ventilation, spray foam, mechanical systems for low-load buildings, net zero energy homes, and Passivhaus. I'll be revisiting my response to Alex Wilson's 2010 article on foam insulation as well as exploring some of the drawbacks of foam and how to prevent them.

Naturally, I'll continue to explore the big picture of energy: peak oil, energy security, energy policy, and the economy. I'm also going to start writing about global warming and climate change, a topic I've mostly avoided because it's become such a political hot potato and there's so much else to write about. It's time for me to stop being a coward, though, and write about it. Look for my first article on it this month.

Living in the post-non-apocalyptic world

We stared down the monster of the Mayan apocalypse and survived. We're also more than four years past the financial meltdown of 2008. How're you feeling? 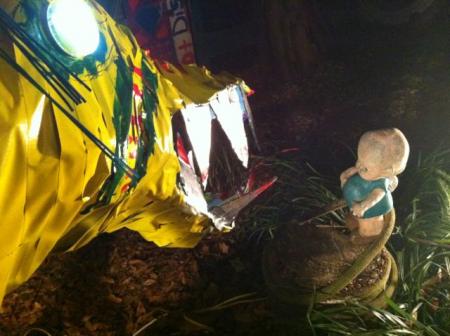 I'm feeling fairly optimistic myself. It's definitely a different world we live in now, and a lot of things are changing. The 21st century has a very different feel than the 20th, and I think we're still in for some rough times. The downturn over the past few years, though, has given us the opportunity to reassess and chart a better course. Let's make the most of it.

The Most Orange Articles from the Energy Vanguard Blog in 2012

Happy New Year to you too, and wishing you great success in 2013.

One topic I find highly interesting is the borderline where foam insulation at the roofline is a good idea. Here on the Gulf Coast, some builders have convinced me there is hazard to that method, and equal performance can be attained at lower cost: with near-perfect sealing at the ceiling plane, and conventional ventilated attic. You may or may not agree.

Let me give an inspection question: Central Texas where is less humid, foamed roofline including attached garage. Access to attic is a fold-down stair in garage. Building inspector objects, and says one solution is to add such foam at the garage ceiling plane. Do you agree? Thank you for any observations.

M. Johnson: Happy New Year to you, too! I do agree that sealing and insulating the ceiling rather than encapsulating the roofline with spray foam makes a lot of sense in some cases. It can definitely be more cost effective, but one important factor to consider is whether there's an air handler and ductwork in the attic.

With the central Texas house, another option would be to put up a wall in the attic between the space over the garage and the space over the conditioned space. That generally saves on foam and can be done easily with materials like housewrap to spray the foam against. Then if you want insulation over the garage, blow in cellulose or fiberglass. I'm not a huge fan of spraying foam down onto the attic floor because you can use products like Owens-Cornings Energy Complete, Knauf's Ecoseal, or regular caulk & foam to seal the top plates and penetrations. Then blow cellulose or fiberglass and you've got a much less expensive treatment that can be just as effective if done properly.

Allison, I look forward to your workshop in Raleigh. We just committed to being a sponsor for the event and will be doing a presentation on SIPs after your workshop.

Allison, Glad to hear you will venture into areas you have not written about before -- such as climate change. This group -- TransitionUS -- would support you in addressing both peak oil and climate change. It is an innovative, community-relevant and positive way to deal with these "possibilities".

It may be beyond your expertise, or you may have just not been paying attention, but is the heat of the opossum (lower picture withe the baby) made from yellow gaffers tape?

Ken B.: Welcome back!

Ernest: The yellow that you see was actually some kind of sheet material off of a bigger roll than tape comes on. Not sure what it was, but it may have had gaffer's tape holding it together.

Matt Hoople: Oh, yeah? Well, your so-called comment is a joke! I'm reporting it to the KGB, the STP, and the LOL!

BTW, are you any relation to Mott the?