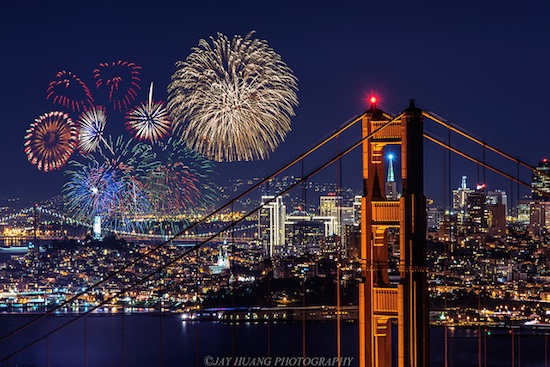 Niels Bohr, a Danish physicist, said “Prediction is very difficult, especially if it’s about the future.” Bohr was a pretty smart guy, having been one of the folks who got the whole quantum physics thing going a century ago, and I’m not inclined to disagree with him on this matter.

Niels Bohr, a Danish physicist, said “Prediction is very difficult, especially if it’s about the future.” Bohr was a pretty smart guy, having been one of the folks who got the whole quantum physics thing going a century ago, and I’m not inclined to disagree with him on this matter.

Thus I will not be making predictions about the future. If you really press me, however, I might be tempted to make predictions about the past, but even that’s a bit scary, what with the malleability of memory and never knowing for sure which of the multiple universes I might exist in at any given time. But I will give you something: my wishlist for the built environment and beyond in 2016.

My wishlist focuses mainly on buildings, but I have included a few other wishes, too. Also, when I call out a particular group like builders of HVAC contractors, I know that there are some who do a great job and really know their stuff.

This most fundamental step is missing in a great number of building projects. The builder makes sure all the pieces (money, design, materials, trades) get put together but often misses critical details that compromise the building enclosure or mechanical systems, leading to reduced comfort, healthfulness, durability, and energy efficiency. The builder or supervisor could be the house-as-a-system person or they could hire a  third party to keep an eye on the big picture. Let’s get the Building Science 101 down this year.

All trades understand the importance of airtightness

Having an airtight house is arguably the most important thing you can do to improve a home. It affects comfort, healthfulness, durability, and energy efficiency. It doesn’t cost much. And it has a really good return on investment. Posting signs like the one shown above, along with training the trades and having someone responsible for enforcement, can help a lot.

Manufacturers stop trying to shoot down their comptetition

Come on, folks. Enough with the threats about the dangers of using your competitors’ products:  Your house will burn down; your house will rot; you’ll be poisoned by toxic chemicals; you’re killing the planet… Whatever happened to, “Well, that’s a good product but we think you should use ours because…”

This is perhaps the issue I’ve written the most about here in the Energy Vanguard Blog. From my favorite duct disasters (here and here, for example) to the research behind losses in sagging ducts to duct leakage, I’ve covered this topic extensively. We’re getting better about duct leakage, but there are still a lot of gains to be made with proper air flow.

Yes, let’s get the ducts inside the enclosure, but let’s give them enough space there, too. I know no one wants to give up those square feet of floor area inside the home, but there are better ways to get HVAC systems inside than what you see below. Many of us want the shortcut to comfort, healthfulness, durability, and energy efficiency it seems. So we fall for those smart vents that promise to save energy or that device that mists water near the air conditioner or the exhaust fan that promises better performance than a dehumidifier. But there aren’t any shortcuts. You can’t get around building science. Again, it comes down to Building Science 101.

The world of energy is changing. Some states are already facing this in a big way, with the appearance of the “duck curve” in utility load profiles. States like California are encouraging the use of solar and efficiency, while others, like Georgia, are lagging. And then there’s Nevada, which is going backwards.

Arnold Schwarzenegger nailed it in his recent Facebook post titled, I don’t give a **** if we agree about climate change. Totally ******* nailed it. Take the time to go read it, if you haven’t seen it yet. It’s definitely worth your time.

I’ve been writing this blog for nearly six years now. This article is number 700. What that means is that I’ve gotten to the point where I’ve covered a lot of the basic building science, so I don’t have much new to say. I do go back and cover previous topics in different ways sometimes, and of course I cover some of the news in the world of building science. I’ll keep doing all that and filling in some of the areas I haven’t discussed yet.

I used to show the traffic to our website at the beginning of each year but haven’t done that in a while. I just put the numbers together this weekend, though, so here’s how we’re doing: Wow! Thanks to all of you who subscribe to the blog and share the articles. I had no idea it would be this popular when I started it.

Aside from the blog, we’re moving in a new direction this year at Energy Vanguard. We dropped our accreditation as a HERS training provider at the end of 2015 and will be replacing that with some new training and education projects. We were reaching about 20 people a year with HERS training and look to expand that number a lot with our new direction. You’ll see more about that in a month or two.

If you have any topics you’d like to see covered here in the blog or ideas for our training and education, please let me know.

The good news is that I’m suddenly in a position where I’ll have more time to write and create curriculum than I thought I’d have. I came back from my Utah skiing trip last week with a fractured tibia and torn ACL. Ah, well. There’s always next year to catch up on the skiing I’ll be missing this year. Photo of San Francisco fireworks by Jay Huang from flickr.com, used under a Creative Commons license.