Posted by Allison Bailes on February 5, 2014

Is housewrap a vapor barrier? What's the purpose of building paper? Who'll stop the rain? I've covered this topic in various forms before, but the confusion about what the different building materials do is so widespread that I have to keep coming back to it. I'm going to keep it simple here so maybe we can get a few more people to use the proper terms, and especially to know when not to use the term 'vapor barrier.'

First of all, remember that the purpose of the building enclosure is to control the flows of water (liquid and vapor), air, and heat. We use different materials in buildings to accomplish the various levels of control we need, and of course, what you need in your building depends on your climate and what you're doing inside.

Did you really mean to say 'vapor barrier'?

The biggest point of confusion seems to be about what a vapor barrier is. Most often, I hear people saying they need a vapor barrier when what they really mean is they need a liquid water control layer. Housewrap, to answer the question I opened with, is not generally a vapor barrier. Dupont's Tyvek Homewrap has a permeance of 58, putting it way into the vapor permeable range. 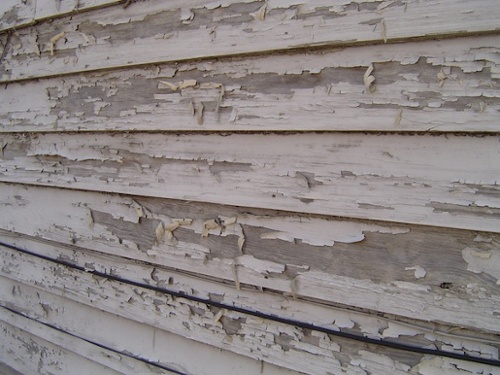 As I wrote not that long ago, it's generally more important for building assemblies to be able to dry out than it is to stop water vapor from moving into them. We got on the wrong track with vapor barriers in the mid-twentieth century because of some incomplete science.

Another one I hear quite a bit is the confusion about what insulation does. Insulation comes in both air-permeable (like fiberglass or cellulose) and air-impermeable (like spray foam) forms. Putting in more fiberglass or cellulose insulation won't give you the airtightness you need in a house without additional air-sealing. They're thermal control layers but not air control layers. Spray foam insulation of the proper thickness is both.

Housewrap, to stick with the most common material used as the liquid water control layer, is a material that can control the flow of liquid water as well as air. It's rarely installed well enough to be a good air barrier, but that's OK because in most homes it's stapled to a material that usually is: plywood or OSB. Housewrap is the material. Controlling liquid water and air are the functions. The standard varieties don't control water vapor or heat.

When you're looking at plans or actual building assemblies, go through material by material, layer by layer, and see if you can identify the functions of each. Is that material controlling heat, air, liquid water, or water vapor? Is it controlling more than one? Even if it's there for structural reasons, you need to know how it might affect the flows of heat, air, and moisture. OSB, for example, is vapor semi-permeable and can reduce an assembly's ability to dry.

Great post, really made me think about all of our skin technology. I thought I'd share this link with you http://www.passivehouse.us/bulletinBoard/viewtopic.php?f=5&t;=9 as it also addresses slab issues. Thanks for your writing, I'm looking forward to more related stuff from you.

Very good primer on some often misused terms - especially for the average home owner. What would make it even better would be a cross-sectional image with the various barriers labelled.

mathew b.: Thanks for the comment and the link to discussion about polyethylene vapor barriers. For those who want a direct link, clink below:

David E.: Thanks for the recommendation. Here's a link to an article on the Perfect Wall that I wrote in 2011. It has a simplified diagram in it.
Joe Lstiburek's Perfect Wall article has more detailed diagrams showing different configurations.

Your opening paragraph sums up my concerns of the last few years.
I'm a builder in BC and over the years I've noticed a disturbing trend. Put simply it seems that the more complicated a house becomes the more difficult it is to finish it to an acceptable level.
Think of Olympic diving, high difficulty level, low level of execution. Low difficulty level, usually means it will be done well.
Making sense?
So do I want to see subs building complicated houses poorly or building simple houses well??
A lot of the building science makes a lot of sense. I'm currently stuck on the couch with a broken ankle so I'm doing a lot of reading. However there is way too much conflicting and complicated information.
I'm all for building better and more efficient homes but it seems that on average the current skill level throughout the industry is unable to keep up. (Average, not everyone )
Perhaps this isn't the right place to say this but when you open the report saying how yet again you need to talk about air vs vapour barrier, the alarm bells go off.
I'm definately not pointing fingers and yes I do look in the mirror. It simply something I think we all need to bear in mind.
Thanks for your time.