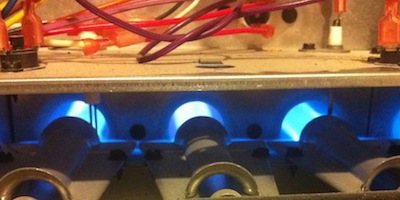 The first law of thermodynamics

Depending on how you’ve come to the field of building science, you may have encountered this law in the past. If you studied physics or engineering, you’ve no doubt seen all four laws of thermodynamics. If instead you arrived by a different route, this one may be new to you.

In thermodynamics, the first law is stated as a relation among heat, work, and internal energy. The relation between heat and work may seem natural to us now, but it was a big deal back in the early 19th century. Count Rumford started things off with his cannon barrel experiment, and then James Joule, Julius von Mayer, and Ludwig Colding refined the idea, proposing that the work is the mechanical equivalent of heat. Now students do this in their introductory physics lab.

We can do work and convert mechanical energy to heat. Think friction. We also can take heat and turn it into mechanical work. Think automobile engines. If the work and heat don’t equal each other exactly, the result is a change in internal energy. That’s a simplified version of the first law of thermodynamics.

But let’s forgo the formality and technical detail of the mathematical formulation of the first law and cut to the fundamental principle that’s important to building science:

Energy can be neither created nor destroyed.

Yep. The first law of thermodynamics is a formulation of the law of conservation of energy. It has many applications in building science.

The first law and heating with a furnace

Let’s begin with how we heat buildings. If it’s with a gas furnace, the fuel has a certain amount of chemical energy. When the gas gets to the burner and ignites (photo above), it changes form. The chemical reaction creates heat, which raises the temperature of the gases where the combustion occurs. Those exhaust gases travel through a heat exchanger, increasing the temperature of that hunk of metal. The blower then blows a separate stream of air over the outside of the heat exchanger, extracting heat from the metal and then sending it through the ducts to warm the building.

Every bit of chemical energy converted to heat ends up somewhere. Ideally, you want as much of that heat as possible to end up in your house, but not all of it does. Some goes up the flue with the exhaust gases. Better heat exchangers capture more of the heat for use in the house, but all furnaces send at least some heat up the flue. Another way you lose heat is when your ducts go through unconditioned space. The bottom line, though, is that if you burn 100 units of chemical energy, you get 100 units of heat.

The first law and ceiling fans

Here’s another way the first law works in buildings. Consider a ceiling fan. In summer, you turn it on to create a nice breeze blowing over your skin to cool you off. What happens with the energy is that you’re actually heating up the room. In his book, Buildings Don’t Lie, Henry Gifford advises readers on how to use the first law of thermodynamics to understand energy saving features and to sniff out scams. For a product to save energy, he says, you have to know where the energy is going before using that product. Insulation, for example, reduces the amount of heat lost from a building in winter, with a corresponding reduction in the amount of heat you have to add to the building to maintain comfort. If you can’t identify clearly the path of energy conversions, Gifford says, “the proposed energy-saving measure should be viewed with skepticism.” (And there’s a lot more than this in the book. You should get yourself a copy.*) 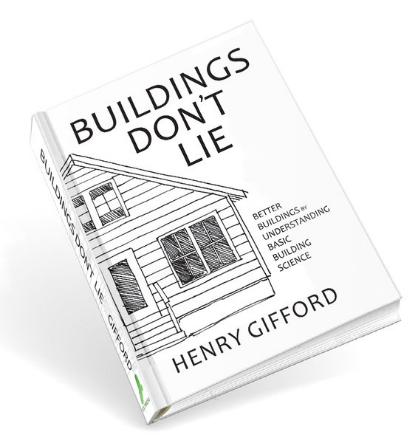 Take Amish fireplaces, for example. Although they’re marketed as great energy savers, there’s nothing about them that saves energy over any other electric resistance heater. They all convert electricity to heat at 100% efficiency (like a ceiling fan). The only way to save energy with a space heater is if you turn off the heat in the rest of the house and huddle near it all day.

The power of the first law of thermodynamics

The first law of thermodynamics packs a wallop. It allows us to quantify what happens as energy moves around, converting among various forms. We can make better decisions through careful analysis with the first law. But, it’s not enough. As it turns out, the first law is OK with a whole lot of things that just never happen. And that’s why we need the second law, the subject of the next article in this series.

Building Science and the Laws of Thermodynamics, Part 3