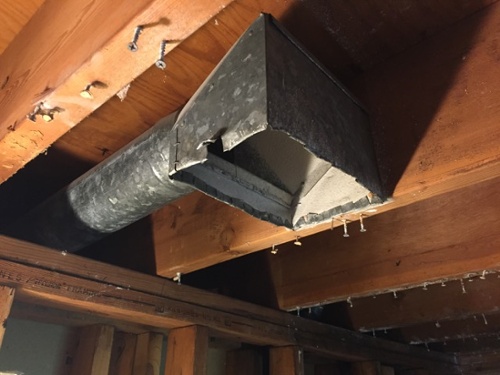 The word “interstitial” comes up occasionally in building science discussions. I think I’ve heard it a couple of times at conferences just in the past month. That may be because Joe Lstiburek was there. He’s the guy who used that word 127 times in his doctoral dissertation, Toward an Understanding and Prediction of Air Flow in Buildings. Does that give you a clue about its meaning?

If you search Google for the word, here’s the definition they throw at you: 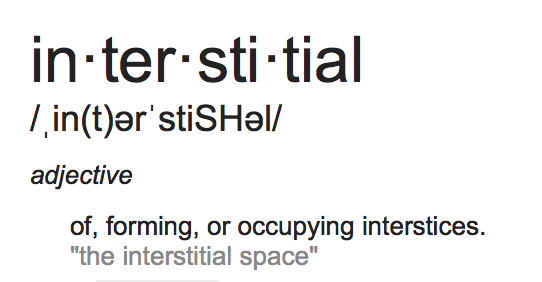 I first learned the term in graduate school. Like Joe, I also used the term interstitial in my doctoral dissertation, but in a different context. Here’s a diagram straight from my dissertation.

We were looking at the positions of atoms on silicon surfaces. If you looked at our model of the silicon surface, you’d see something much like the fishing net above: rows of atoms (the knots) held together with bonds (the string between knots). Between the atoms and bonds were empty spaces, the interstices.

What does this have to do with building science?

Go back to the photo at the top of the article. That’s actually the air conditioning duct and boot in my bathroom. That joist bay where it’s located is a building interstice. Air moving in that bay leads to interstitial pressure differences and air movement.

On the other end of that joist bay in our bathroom ceiling is the band joist. The duct you see above is unsealed. It’s a supply duct. When the heating or air conditioning system is running, that joist bay develops a positive pressure, which drives exfiltration through the unsealed band joist. The good news here is that in my bathroom renovation, I’ve sealed up the band joist and the part of the duct that I can reach.

So when you hear the word “interstitial,” think air leakage. Think duct leakage. Think pressure differences, which drive air movement. John Tooley and Neil Moyer wrote a groundbreaking paper on this topic in the 1980s called MAD AIR – Mechanical Air Distribution And Interacting Relationships. Lstiburek expanded on that work with his dissertation.

Now I’ve finished the article. I’ve reached an interstice in my day.