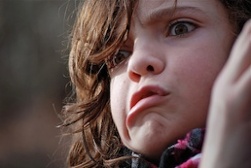 ever had to dive into the details of the green building and energy efficiency programs for homes, you’ve experienced the operational definition of the word ‘complexity,’ along with a bit of ‘confusion,’ too, I’m sure. I know I have. Unfortunately, the programs all just keep going further and further down that path.

If you’ve ever had to dive into the details of the green building and energy efficiency programs for homes, you’ve experienced the operational definition of the word ‘complexity,’ along with a bit of ‘confusion,’ too, I’m sure. I know I have. Unfortunately, the programs all just keep going further and further down that path.

Take the ENERGY STAR new homes program, for example, the one I’m most familiar with. Version 1 required only one inspection, a home energy rating (for the performance path), and no checklists. Version 3, which becomes mandatory for builders wanting the ENERGY STAR label on their homes starting next January, requires 2 inspections, a home energy rating, and 4 checklists.

I understand the need for it from the perspective of the program administrators. Building and energy codes are catching up with voluntary program requirements, so they have to keep moving forward. Program leaders also have attempted to clarify the ambiguity of early versions of program requirements. And they have to make sure that the program is meaningful and that when the program label appears on a home, that home is significantly better than homes without the label. I get all that.

It just seems like we’ve lost our way, that we’ve all gotten blinded by a confusion of checklists, worksheets, prescriptive measures, and certification levels. Not to mention the confusion that comes from having so many different programs out there. If you’re a builder, you have to decide if you’re going for ENERGY STAR, LEED for Homes, EarthCraft House, NAHB Green Building Standard, Environments for Living… It’s not an easy task.

As constructed, the performance path is differentiated from the prescriptive path by its requirement for a HERS rating. It’s based on how the home is constructed, how it tests out, and how the software does the energy modeling. It doesn’t depend on how the house actually performs, though, and that could differ significantly from the modeled performance. One reason we do it this way is so that the homes certified will carry the program label while they’re for sale, thus helping the builder to market their homes.

But what if we included the performance of a home over its first year of occupancy? Then we could include the actual energy use and calculate the energy intensity, even separating out baseload from the energy used for heating and cooling. It seems to me that this would be one of the best ways to handle quality assurance, too. If HERS raters, builders, and trade contractors know that their work has to pass not only the initial inspections but also a full year’s worth of performance assessments, don’t you think they’ll pay a bit more attention to getting the details right?

We could simplify the requirements for the initial certification and make sure everyone knows that the initial label means only that the home has gone through a process. Even though the energy modeling may say the home will use only $900 of energy per year, for example, everyone will know that that will be compared to the actual energy consumption for the ‘real’ label.

Anyway, those are my thoughts on this Monday morning. I’m interested to hear what you think.