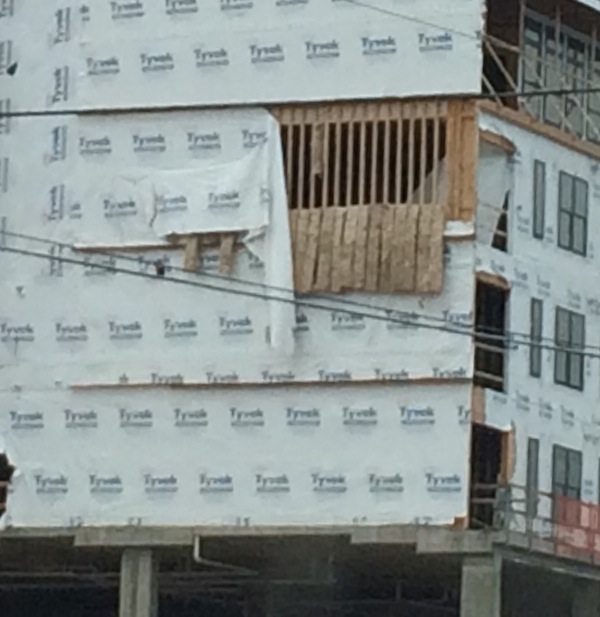 Jeffrey was driving through Atlanta the other day and saw a new building under construction that forced him to slam on the brakes. He got his camera out and took the photo below. Can you see why he was so excited?

Yep! They flashed the windows correctly.

Ha! Just kidding. I can’t even tell from the photo if they did that or not, but they did some things here that just make me wonder:

The answers (except for the stud spacing) probably related to scheduling. Perhaps the framers hadn’t finished their work when the house wrap and insulation crews arrived. Rather than have to come back another time, they just did their jobs hoping the framers would catch up.

It’s easy for stuff like this to happen when you’re putting up a building. There’s a lot of juggling to do, and sometimes things happen in the wrong order. I know from firsthand experience, as I had to undo work that I’d done more than once when I built a house.

Whatever happened to the building in the photo above, we can enjoy the image of this building sticking its tongue(s) out at us.

Who’s on Your Insulation Crew?