There are several ways to find duct leakage:

Just as when you're testing for airtightness, each cubic foot of air that leaks out (of the duct system in this case) must be made up by a cubic foot of air blown in by the fan. So, once you've measured the amount of air moving through the fan, you've quantified the duct leakage at the test pressure. 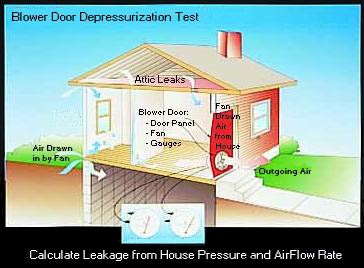 For duct leakage testing, the standard pressure used is 25 Pascals, which is close to the operating pressure of a typical duct system. This means that when we measure, say, 120 cubic feet per minute of duct leakage at 25 Pascals (written 120 cfm25), that number is a pretty good estimate of how much air leaks out of the duct system while it's operating.

Two kinds of duct leakage, of course, require two types of tests. The malignant leaks occur in ducts that are outside of the conditioned space, or outside the building envelope, in building science jargon, so the most important test is called the 'outside leakage test' or the 'leakage outside the envelope test.'  The other test is not, as you might expect, the inside leakage test, but rather the total leakage test. Read more about these two tests by clicking the links below. 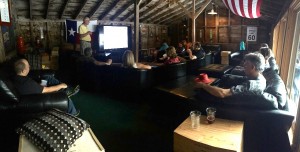 Posted by Allison Bailes on August 4, 2020
Ten years ago today, I published one of the most significant articles I've written here in the...
Read more

Hear From Our Customers