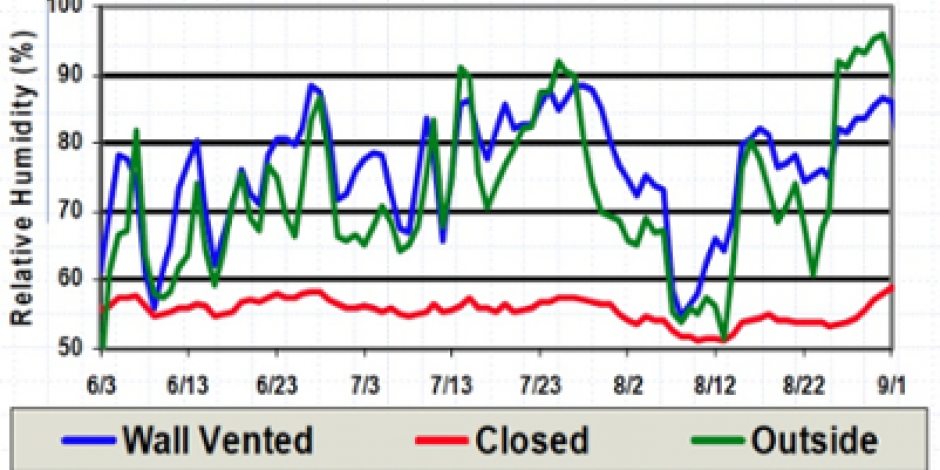 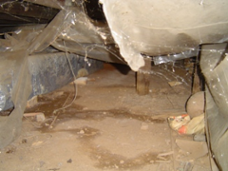 If you've ever been in one, you know it's true. They're damp. They're dark. Critters have easy access to them. The batt insulation falls down. The air smells musty & moldy. And the crawl space communicates with the house, so that bad air (and the occasional critter) gets into the living space above.

In 2002, Advanced Energy studied a group of 12 houses in North Carolina. What they found is that the 8 that had encapsulated crawl spaces had relative humidity that stayed less than 60% all summer, whereas the 4 vented crawl spaces had humidity levels that tracked the outdoor humidity. 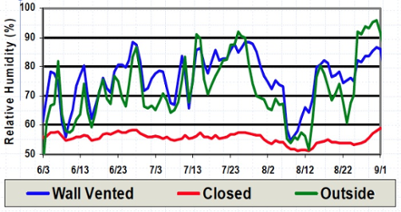 The reason the vented crawl spaces had higher humidity is actually pretty simple. Warmer air can hold more moisture, so in the summer time, the outdoor air can bring a lot of extra water vapor with it when it comes into a crawl space through the vents. When that warm, humid air comes into the crawl space and cools off, the relatively humidity can go even higher. You can see that in the graph above, as the blue line (vented crawl space relative humidity) is often higher than the outdoor relative humidity.

If you want to learn more about the details of this research, you can find that and more at Advanced Energy's crawlspaces.org website.