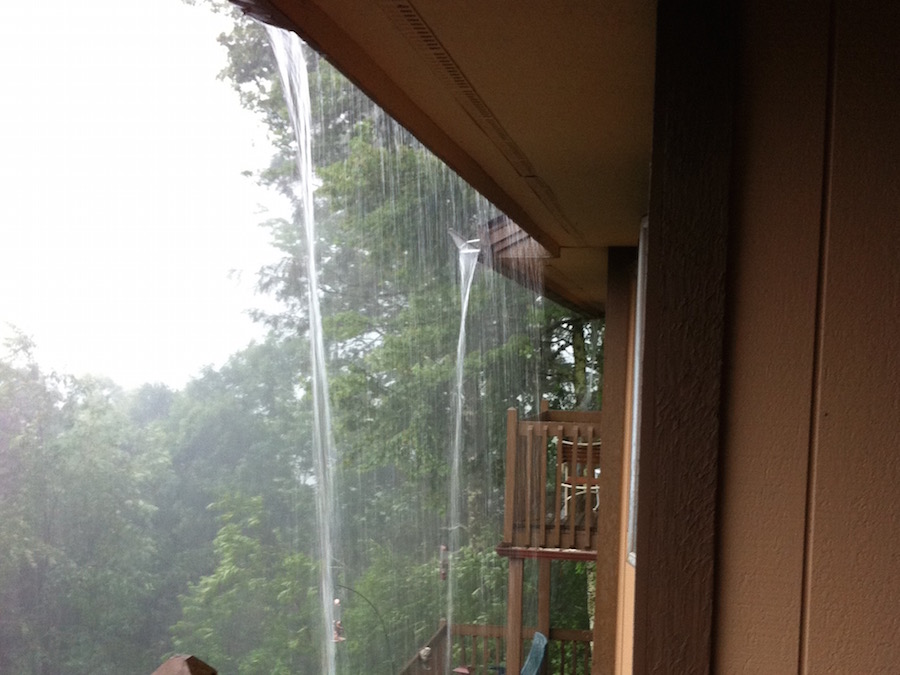 Serious question here.  Have you ever thought about what the relative humidity is when it’s raining?  I’ve heard people say it’s 100% because, well…because it has to be.  It’s raining, dammit!  What else could it be?

Not so fast there.  This is something we can actually look up on a weather app or measure with a hygrometer.  In fact, it’s been raining here at my condo this evening so I looked at my weather app and saw this: There.  The relative humidity was 93% while it was raining.  So it doesn’t have to be 100% when it’s raining after all.

The amount of water vapor in the space is determined by the temperature.  If the raindrop is cold, it may actually dehumidify the air it passes through as it sucks up more water molecules from the vapor phase than it releases from the liquid.  If a mass of warm humid air has a lot of cold raindrops passing through, the humidity could go down while it’s raining.

Who knew!?  Well, Bob Dylan sang about it in his song A Cold Rain’s A-Gonna Fall, so he must have known.†

This topic came up at Building Science Summer Camp a couple of weeks ago when Professor John Straube was speaking about moisture physics.  He was going to gloss over what happens there but Nerd 1, Ray Moore, wouldn’t let him so the two of them explained how it doesn’t have to be 100% relative humidity when it’s raining and how water can act as a dehumidifier.  (By the way, here’s my article about Straube’s presentation.)

Now you know.  The air may be saturated with raindrops but that doesn’t mean the space between the raindrops is saturated with water vapor.  I expect you to check on the relative humidity next time it’s raining where you are and see if you can confirm what I’ve just said.

† Well, OK, I may have doctored those lyrics just a little bit.