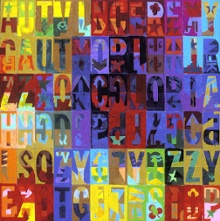 Acronyms and initials (let’s call that AI,† for short, not to be confused with the other AI, which stands for artificial intelligence, or AIA, which stands for American Institute of Architects) are part of the jargon of every field. Our field, whether you call it building science, green building, home performance, or something else, is no exception. So, a few years ago I started putting together a list that I now include in the manuals that we give out in our training classes (HERS rater and BPI Building Analyst).

I’m up to 107 total lines in my list, which our students find very helpful in sorting out all the jargon that’s new to them. When you first come into this field and start getting the barrage of ACH50, HVAC, COP, HDD, WRB, and more thrown at you, it’s good to have somewhere to look these things up.

Also, if two AI have the same definition, I included them on the same line. For example, SHR and SHF both refer to the same quantity, even though one uses the word fraction and the other ratio. When a single AI has two different definitions, however, I put them on separate lines. The only one I have like that right now is CO, which could stand for carbon monoxide or certificate of occupancy.

Anyway, I’m sure you’re dying to find out what RTFM stands for, so let’s get on with it. Below is a table of my top 50 acronyms and initials. If you want the full list, see my instructions below the table.

I apologize for not giving definitions and discussions of all of the AI above, but the purpose of this list is just for people to decode the letters when they hear or read them. Perhaps I’ll turn it into a full glossary some day.

You can choose to get it as either MS Excel spreadsheet or as a pdf file.

I hope you find this useful. If you’re relatively new to the field, this list can be quite handy. If you’ve been in the field for a while, you probably know all or most of what’s here, but maybe you have some others that you think I should add. Let me know.

† AI isn’t an acronym because if you tried to say it, someone might dial 911. To be an acronym, it’d have to make a nice word-like sound. Something like IMP (Insulation Manufacturers and Partners) or LUST (leaking underground storage tank), for example. (Only one of those is something I made up, btw.) AI isn’t an abbreviation either, which is usually a shortened version of a single word. And don’t get me started on contractions! No, AI is a set of initials, which is usually the word people should use when they call something an acronym.

Image of letters by tikitoy998 from flickr.com, used under a Creative Commons license.