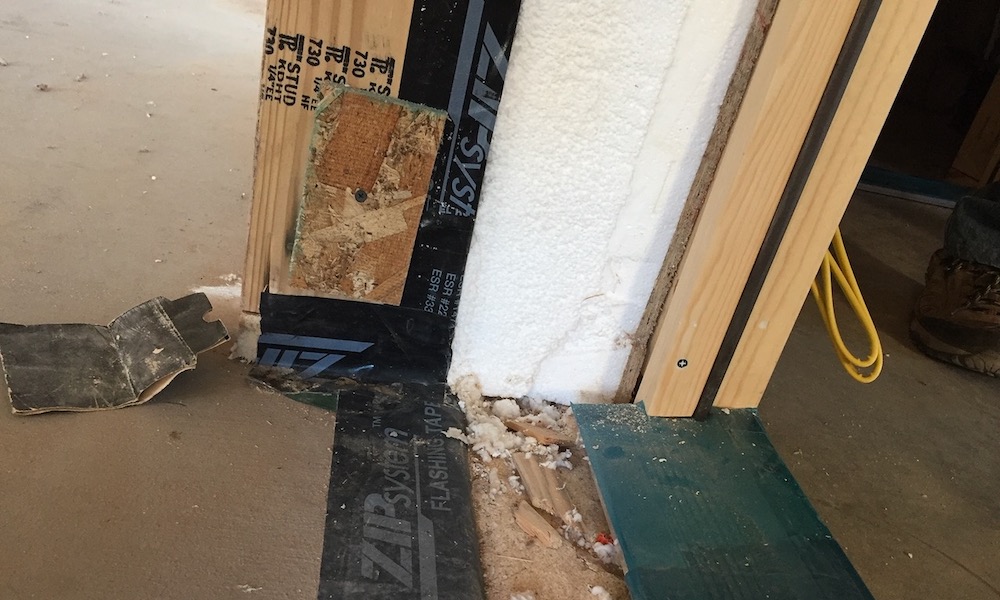 Up and down. Left and right. Good and evil. Black and white.  The world is full of such dichotomies. Often, however, what happens between the endpoints of a spectrum is the most interesting. As a physics graduate student, I studied the surfaces of solids, the boundary between the solid and its surroundings. Now a different kind of boundary occupies my attention, that between the inside and outside of buildings.

Buildings serve many purposes. First and foremost, they shelter us from the elements. As energy supplies increased and technology advanced, however, the difference between inside and outside has grown.

The first line of defense is the weather shell, the part of the building that keeps the weather out of the house. It consists of the foundation, walls, and roof and needs to be able to shed water. The foundation does this with waterproofing and underground drains, but it also relies on proper grading of the yard and working gutters. The walls and roof keep water out with weatherproof siding and roofing materials installed on top of a drainage plane (usually tar paper or house wrap).

Many homes don’t have a well defined building enclosure. For example, if a house has part crawl space and part basement, there’s often trouble. Some friends of mine have this type of foundation, and it’s one of the reasons they have high humidity in their basement. The crawl space is vented to the outside and has an uncovered dirt floor, but it’s also open to the basement. Humid outside air and moisture from the exposed dirt just come right into the basement.

Another important requirement for the building envelope is that the air barrier and insulation should be in contact with each other. One place where this contact often fails is in floors insulated with fiberglass batts between the joists. Steel pins hold the batts up against the subfloor, but they’re usually spaced about two feet apart. Between the pins, gravity pulls the batts away from the subfloor, thus creating a gap between air barrier and insulation. This gap allows air to circulate near the subfloor, negating the effect of the insulation.

A good exercise, if you want to save energy and make your home more comfortable, is to take a good look at your house and see how much of the building enclosure you can find and improve. In some places, it may be poorly defined or even in the wrong place. Also, recall that warm air rises, so working on the building enclosure down low and up high will have the greatest effect.