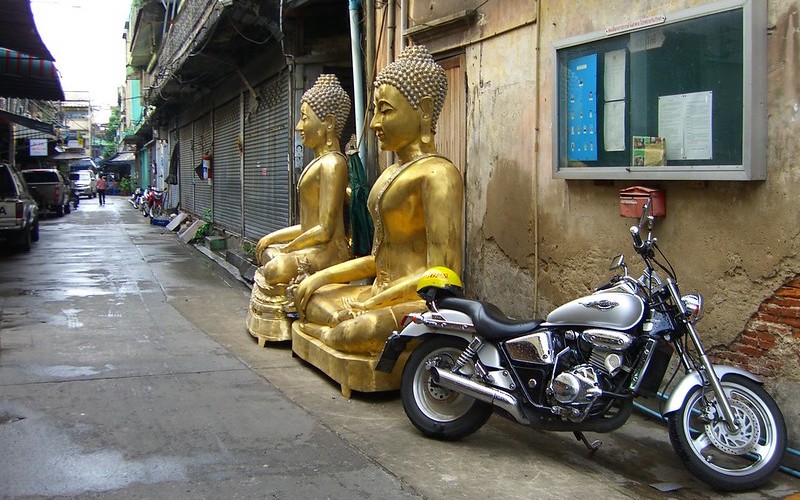 One of my all time favorite books is Zen and the Art of Motorcycle Maintenance by Robert Pirsig. It’s really good on a lot of levels, but one thing that really stuck with me was the author’s discussion of how some people will tolerate things like a dripping faucet because of their fear of learning how it works.

Sound familiar? I’m a technically minded person, but I occasionally succumb to this same fear, too. I’d been driving cars for seven years, for example, before I knew how an engine worked. I only learned then because I was given a 1961 VW bug that had thrown a rod, and I spent a month rebuilding the engine – and learning through hands-on experience what it really meant to “throw a rod.”

Most of us live in some kind of building, but how many actually know how buildings work? You might think that anyone who works on houses knows how houses work, but you’d be wrong. Builders and trade contractors know their part of building and repairing homes, but most lack knowledge of the fundamentals of building science.

The good thing is, it’s not rocket science. Yeah, you can study engineering or physics and go as far down the rabbit hole with this stuff as you want, but I’m going to boil it all down to three fundamental rules for you.

A house is a system

Put another way, this could be called the-hip-bone’s-connected-to-the-thigh-bone rule, and it’s the first thing that a lot of people who work on houses don’t grasp. A house is a system built out of a lot of interacting components: framing, electrical, plumbing, HVAC…, each with its associated trade contractor. Mostly, the trade contractors look at a house with blinders on; they see what affects their work and not much else.

Mechanical systems have a huge impact on how a home performs. We know they increase the temperature difference between inside and out, but did you know that they also can create a big difference in moisture content and air pressure between inside and out? As you’ll see in the last rule below, those things can have a huge effect on comfort, durability, healthfulness, and efficiency. For best performance, you want heating and cooling systems that are properly sized and have distributions systems that are designed and installed for optimal efficiency.

Build for your climate

Ever pick up a home improvement magazine or watch a TV show about renovating your home? When they installed that vapor barrier, did they tell you what climate zones that works for and where you should never use one? I didn’t think so. As it turns out, you can’t build the same house to the same specifications in all climates. You actually have to pay attention to whether your climate is wet or dry, and whether it’s hot, mixed, or cold.

That vapor barrier, for example, may be a good idea in Minneapolis or Miami, but forget it in Memphis. It’s OK in a one-way climate, since the purpose is to limit the diffusion of water vapor from humid air into a wall cavity. In Minneapolis, the humid air is mostly inside the house, so the vapor barrier goes on the inside. In Miami, it’s mostly outside, so it goes outside. In Memphis, if you choose a side for the vapor barrier, you’re going to be wrong for half the year.

Control the flow of moisture, heat, and air

Finally, we have to do as Homer Simpson says: “In this house, we obey the laws of thermodynamics!” Heat, air, and moisture all naturally flow from an area of more to an area of less. Moisture moves from wet to dry. Heat moves from hot to cold. Air moves from high pressure to low pressure. That’s from the second law of thermodynamics, and any attempt to go in the opposite direction must be done with the utmost care.

You can see that all three of these rules are related. To control moisture, for example, you have to consider what kind of climate the house is in, which determines how you treat the building enclosure and what kind of mechanical systems you install. Likewise with heat and air. The hip bone’s connected to the thigh bone, you know.