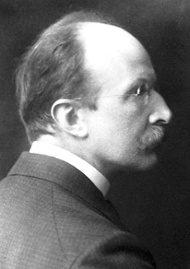 When I wrote about the debate over the terms ‘building envelope’ vs. ‘building enclosure’ a couple of weeks ago, I favored the former but overall felt agnostic on whether we should choose one over the other. I didn’t think I’d change my mind. After reading the many comments from readers here in the Energy Vanguard Blog and in the two LinkedIn groups where I posted the article as well, I have indeed decided that we should go with one of the two terms and abandon the other.

Although I’ve framed this debate as being between only the two terms I mentioned above, some of the commenters suggested other terms as well: building fabric, building shell, and building perimeter. Some also proposed a compromise approach using a combination word: envelosure or enclolope. Another contingent said it doesn’t really matter what you call it as long as the meaning is clear to all parties.

Here’s why I think it does matter, though. Building science is a young science, crafting its own identity only in the 20th century. In contrast, physics has been around for thousands of years, and a lot of the material students learn in introductory physics classes is hundreds of years old. The battles over the fundamental terms is long over in that most fundamental of the sciences but still raging in one of the newest, building science.

It’s important for experts in a field to agree on the terminology for ease and clarity of communication. Although the majority of people see ‘speed’ and ‘velocity’ as synonyms, for example, every physicist knows there’s an important distinction (velocity includes the direction) and uses the correct term when speaking about motion. ‘Envelope’ and ‘enclosure’ don’t have different meanings (yet), but it’s still important to choose one.

Max Planck, the physicist who first recognized the quantum nature of radiation and whose portrait is shown above, once wrote:

“A new scientific truth does not triumph by convincing its opponents and making them see the light, but rather its opponents eventually die, and a new generation grows up that is familiar with it.”*
~ Max Planck

Well, OK, that may not be exactly how it plays out, but I do think ‘building enclosure’ is the better term to use. I’ve resisted it up till now because I was more comfortable with ‘building envelope’ and because I wanted a better reason than “Envelopes are for Fedex; enclosures are for engineers.” Here’s what’s changed my mind:

Precision of language matters. The building enclosure is one of the most fundamental concepts in building science, and it does make sense to use a single term term to describe it. I’m now a convert to ‘building enclosure’ and will use it exclusively.

* This statement contains an ironic twist because Planck refused to accept the wave mechanics of Bohr, Heisenberg, and Pauli and became one of those old guys who couldn’t see the light, thus proving his statement correct.

Building Envelope or Building Enclosure: Which Is the Better Term?