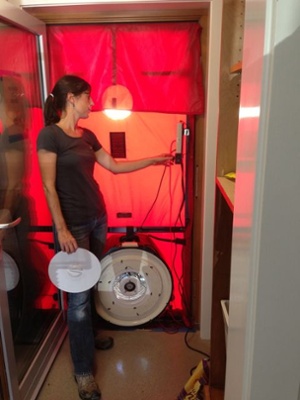 Great news, everyone! (If you read that in the voice of Professor Hubert Farnsworth, please don’t let your imagination run away with you. This really is great news.) The HERS Index will part of the 2015 International Energy Conservation Code. Why does that matter?

Great news, everyone! (If you read that in the voice of Professor Hubert Farnsworth, please don’t let your imagination run away with you. This really is great news.) The HERS Index will part of the 2015 International Energy Conservation Code. Why does that matter?

Because it will help home builders build better homes.

Because it explicitly states what HERS Index is needed for each climate zone.

Because more home buyers will know what kind of performance to expect.

A coalition of groups has been pushing a proposal to use the HERS Index, and just this week, the International Code Council adopted it, with some modifications. The groups include RESNET, Natural Resources Defense Council, Air Conditioning Contractors of America, Leading Builders of America, and Institute for Market Transformation.

The HERS Index thresholds

Here’s the HERS Index that each climate zone (CZ) must meet:

Yeah, those are pretty low numbers, but the 2015 IECC takes another big step toward energy efficiency in every path. They’re lower than NRDC and the other groups had proposed, too.

For more background on this change, here are a few resources that go into the details of the proposal. There’s not a lot of news out yet about the actual code change.

Factsheet on adding the HERS Index compliance path

How is this different from the current performance path?

The performance path has been in the energy code for a while now. It’s used in the 45L tax credit for new homes, for which home builders have to show that the homes they’re trying to qualify use at least 50% less energy than the 2006 IECC requires and then get $2000 if they make it.

The performance path in versions of the IECC up to 2012, however, specifies neither a HERS rating nor a HERS Index. It’s based on annual energy costs. The proposed design has to have lower energy costs than the standard reference design, which is specified in the code. (See section 405 in the IECC.) It’s also limited to the energy used for heating, cooling, and water heating only. Lights and appliances are not included.

The new compliance path requires that a home meet a certain HERS Index. That means that lights and appliances count, too. And with Indices of 51 to 55, the energy savings will be considerable. Homes being built to the 2009 IECC probably have a HERS Index in the 80s. The HERS Index scale is based on the 2004-06 IECC, with 100 being the HERS Index of a home that just meets that version of the code. What will this mean?

It remains to be seen how much this will really affect the energy efficiency of homes. Dr. Goldstein makes the case that it will save billions of dollars, writing, “Our proposed 2015 update will accumulate to a national cost savings of over $100 billion by 2030 compared to the 2006 code.” I think that’s a bit of hyperbole because the savings generated by this new compliance path will come from builders using it rather than one of the other paths in the 2015 IECC. Anyone on that code will be building much more energy efficient homes compared to the 2006 IECC.

Still, it’s a great option. In the state of Florida, most builders use the compliance path and hire HERS raters. Before we know what will happen with this new path, I think we need to see what’s going to happen to answer these questions:

How many states will adopt the 2015 IECC?

How many builders in the states that adopt the 2015 IECC will go the HERS Index route?

However things develop, I think it’s great news that we’ll at least have this as an option, explicitly spelled out in the 2015 IECC.