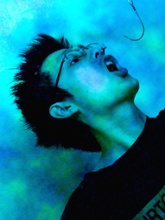 I did a search the other day on the term “HERS rater test scam” because I got to thinking about a forum I’d run across a while back. Someone who took the HERS rater class was ranting about RESNET and the whole HERS rater training industry being a scam.

I did a search the other day on the term “HERS rater test scam” because I got to thinking about a forum I’d run across a while back. Someone who took the HERS rater class was ranting about RESNET and the whole HERS rater training industry being a scam.

So, what’s the truth? Is it all a scam? Are you better off steering clear of RESNET and HERS rater certification? Could it instead be a tremendous opportunity that you can’t afford to miss? (I got an email recently from one HERS training provider who said, “The need for Home Energy Raters is growing rapidly!”) Or, does the truth lie somewhere between the two extremes?

You may be able to guess already where I stand. I’m a HERS provider and trainer and have hitched my company’s wagon firmly to the RESNET train. But I also like to think of myself as a reasonable person who can take off his rose-colored glasses from time to time. (I really did have rose-colored glasses back in 1981, but I haven’t seen them in decades.)

Here’s the truth, as I see it. Neither RESNET nor the HERS training industry is a scam, although that doesn’t mean they’re without problems. Nor is becoming a certified HERS rater going to make you an instant success. As is often the case, the truth is in the middle.

The original poster in that thread had the valid complaint of having passed the HERS training requirements and then not getting anything for his money when he signed up with a HERS rating provider to get his HERS rater certification. If that’s true, then he has a legitimate claim against his provider for breach of contract.

That’s not RESNET’s fault, except in the sense that RESNET didn’t set up a failsafe system that forces every provider to act legally and professionally in every circumstance. Even the best quality assurance program can’t do that. I’m certainly not defending the ripping off of a budding home energy rater, but the problem isn’t so much RESNET as that particular provider.

If RESNET had evidence that a provider committed this type of fraud and then didn’t do something about it, that’s a problem for RESNET, however.

The original poster conjectured that the reason his HERS rating provider wouldn’t communicate with him is that they didn’t want competition. Most HERS providers are also in the business of doing home energy ratings, you see, so there’s an inherent conflict of interest in that business model. Every time such a provider certifies a rater who’ll be working in the same area, they create more competition for themselves, possibly losing business to people they’ve certified.

This disgruntled rater and other commenters extrapolated and said that all providers also do home energy ratings and want to keep new raters out of the business. Is that true? Actually, no, it’s not. Energy Vanguard is a HERS provider, and we do NOT do home energy ratings. I know of at least one other HERS provider that likewise doesn’t rate homes.

In addition, there are plenty of providers that do rate homes but who also believe in professional ethics and do a great job certifying new home energy raters. I know one that has about 150 independent raters. When new raters sign up with this provider, they sign a Memorandum of Understanding stating that they know about the competition and that neither of the two parties will deliberately go after the other’s clients.

Speaking of certified raters, at least one of the commenters in that thread believes that HERS providers certify few if any new raters because of the aforementioned conflict. Again, this is not true and is easy to verify. Just go to the RESNET list of accredited HERS rating providers, click over to their websites, and look for their list of certified raters. (Here’s the link to our certified home energy raters.) If they don’t have the list on their website, call them up and ask them for it. You can also look at the RESNET list of rater members, though they’ve recently changed the website and made it harder to find them.

I am in no way saying that the person who started that thread or the other commenters don’t have valid complaints. Nor am I saying that RESNET and its policies cannot be improved. I’ve heard complaints directly from people who have definitely gotten poor service, and possibly been defrauded, by HERS training p roviders and HERS rating providers, so I know there are problems.

HERS rater training is not a scam, however. I know this because I’ve been involved with this industry since 2003 and have been involved in every facet of the process – as a rater, provider, and trainer. I’ve seen the industry grow tremendously over that time span and have personally been involved in certifying dozens of raters.

This is my initial foray into this topic problems in the HERS training industry, and as you can see, there’s a lot to it. Tomorrow I’ll start with a look at the difficulty of passing the HERS rater test.