The Building Trades Could Use More Women

The photo above is from one of the home energy rater classes we taught a few years ago. We had 13 students in that class. Only one was a woman. That ratio actually is comparable to what you see in construction as a whole. According to OSHA (see chart below), about 9% of all workers in construction are women. But that number doesn't tell the whole story. Only about a quarter of those women are involved in the production side. The rest work in administrative, managerial, and professional capacities. 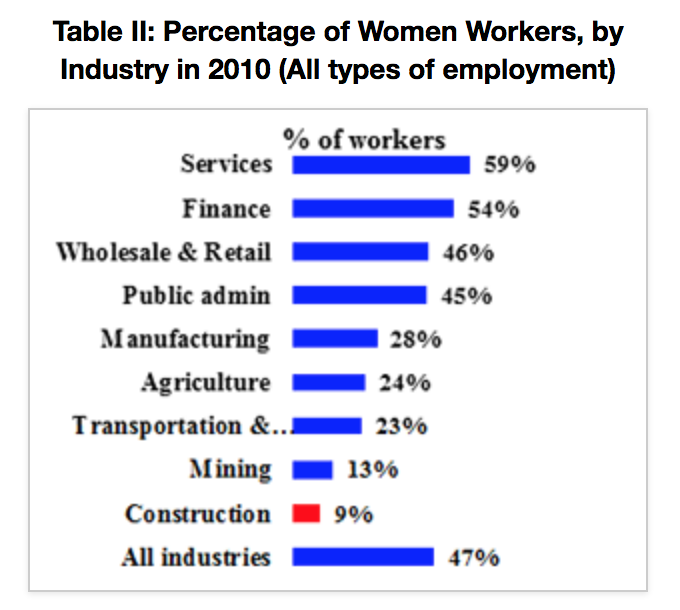 The need for workers and women

The building trades need good workers. There's plenty of work available and likely to be more. Those of us in the Baby Boomer generation are hitting retirement age. (Yes, I'm a Boomer, although I came in at the tail end of it and have a while to go before retirement.) The building trades have a massive shortage of labor looming. More than half of all skilled trades workers are 45 or older. There are 200,000 unfilled positions in the construction industry. There's a huge need here, for both men and women.

Working in the building trades isn't always easy. It takes a while to learn your trade. You're out in all kinds of weather. The hours can be long. But also can be satisfying in a way that an office job can't. When I was building a house 15 years ago, I loved the feeling of accomplishment I got from seeing the house progress bit by bit. When I worked as a home performance contractor, it was similar. There's nothing like starting with a nasty, scary crawl space and finishing with a beautiful encapsulated crawl space.

And there's a great opportunity for women in this field. Let's say you're interested in becoming a teacher or a nurse, two traditional fields for women. You've got to get a college degree to do either of those, although you can enter the nursing field with a two-year associate's degree.

To become an HVAC technician, you'll need some training and you could get through it in about a year. As an HVAC tech, you'll learn the ins and out of heating and air conditioning systems. And your annual earnings will probably be about the same as teachers and nurses. When you factor in the lower amount of student debt, you're likely to come out ahead.

The times they are a changin'. Women can work in all kinds of careers that previously weren't open to them. That's a good thing. We need more women in the trades. The photo below is Exhibit A for that. Would a woman ever design such a risqué duct system? 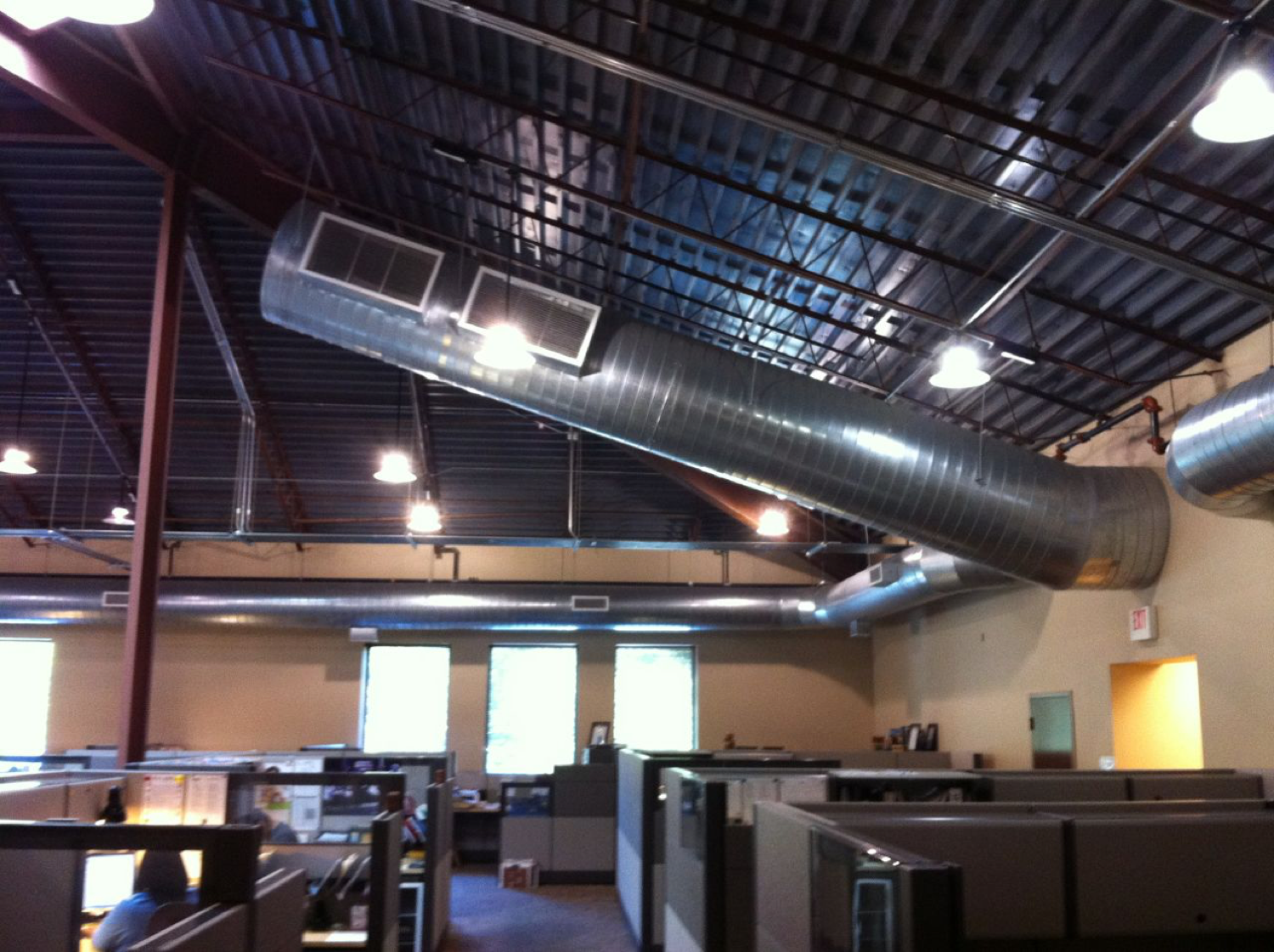 So come on women. Look for your place in the building trades. Whether it's HVAC, carpentry, electrical, or something else, the need is there. And despite my name and my inclusion in Who's Who of American Women, I fall on the male side of the statistical imbalance.

Here are few resources for women interested in getting into the building trades.

Is Mike Rowe Right about the War on Work?

Why Won't the HVAC Industry Do Things Right?

Great article Allison. You should also do a similar one on women in engineering. Similar statistics!

I agree women are my best workers at my company, many of them know the true meaning of labor, and are not afraid to give birth to knew ideas and life!