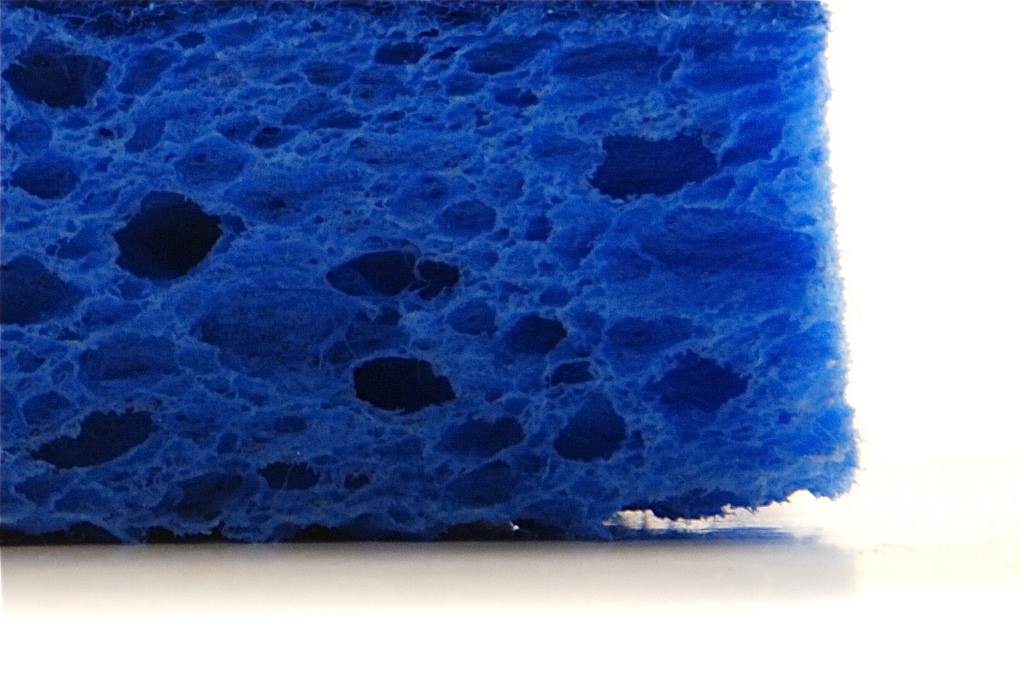 Last week I taught a class called What the Duct!? at the Builders’ Boot Camp in Virginia. Paul Francisco was one of the other instructors (teaching about indoor air quality), and on the last evening at dinner, our conversation turned to building science. (Imagine that!) I don’t recall exactly how we got there, but somehow the question of condensation came up. Paul talked how Bill Rose, author of Water in Buildings, often asks the question, Can you get condensation on a sponge?

On page 81 of the book, Rose quotes Leonard Haeger from the 1952 Condensation Conference: “I suppose in the beginning we should have a definition of condensation, and to practical men condensation is what you find on a highball glass at 5:30 in the afternoon.”

It’s also what you get on single pane windows (shown below), bathroom mirrors, and grass in the morning. It happens when air with a certain dew point temperature finds a surface that’s at or below that temperature. It occurs under precise conditions of temperature and water vapor content of the air. It’s a point on the psychrometric chart. Sponges, of course, can have a specific temperature and interact with the water vapor in air. Unlike a glass surface, however, a sponge collects water from the air at a wide range of temperatures. It’s a sorptive material. It adsorbs and absorbs water on the surfaces and in the spaces of its pores.

Wood and brick are like sponges in that regard. The graph below, called a sorption isotherm, is from the doctoral dissertation of Professor Chris Timusk. As you can see, the moisture content of the material depends on the relative humidity of the air. Even if the material temperature is higher than the dew point of the surrounding air, it can collect water. And the higher the RH, the more water it collects. That’s not at all like condensation. As Rose says in his book, “Sorption is a better term, covering adsorption and absorption.” When you see condensation on the bathroom mirror, you know the dew point of the water vapor in the air is equal to or higher than the surface temperature of the mirror.

When you see a sponge that feels damp even though it hasn’t been used in a while, its temperature may or may not be below the dew point. But as a sorptive material, it doesn’t have to be. The higher the relative humidity, the more moisture it adsorbs and absorbs.

This issue comes up all the time in building science discussions, especially regarding what happens in exterior sheathing. I’ve been guilty of this, too. When it’s cold outside and a building doesn’t have exterior insulation, we often talk about “condensation” occurring when humid air from indoors finds its way to the interior side of the sheathing. As with the sponge, though, the moisture content of that sheathing depends on relative humidity, not dew point.

Photo of blue sponge by gosheshe from flickr.com, used under a Creative Commons license.