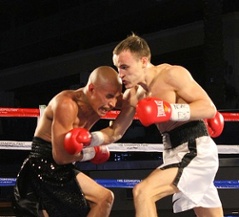 Rule #1: You do not talk about Building Science Fight Club.

Building science is not an objective subject to be discussed in a rational, calm way, always coming to the same conclusions. Yes, it’s based on principles of physics that were settled long ago, but buildings are complex. They intermingle structure, HVAC, plumbing, an electrical system, materials for controlling heat, air, and moisture, and more.

Does heat rise? Or should we never say that because the second law of thermodynamics says that heat responds only to temperature differences, moving from warmer to cooler?

Does setting your thermostat back help lower your bills? Or should you just leave the thermostat alone?

Should we insulate old buildings? Surely, no one who understands building science could say no to that, right? Wrong.

Rule #2: You DO NOT talk about Building Science Fight Club.

I hope you’ll excuse me now. I’ve got someone standing out on my porch waiting for our building science class to start. It won’t be long before we’re going mano a mano (i.e., manometer a manometer).