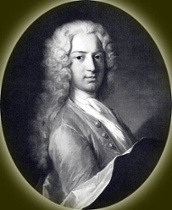 The most interesting topic we covered in my first semester of college physics was fluid dynamics. I found it fascinating, especially Bernoulli’s principle.

The most interesting topic we covered in my first semester of college physics was fluid dynamics. I found it fascinating, especially Bernoulli’s principle.

It wasn’t until I left academia and entered the field of building science, however, that I really started to understand how pressure works in the real world. You have to know the fundamentals to be able to use and interpret the results of the blower door and duct leakage tester, after all.

The longer you stay in this business, though, the more you bump into the terms “static pressure” and “velocity pressure.” HVAC systems are the single biggest energy consumers in most homes, and most HVAC systems are of the forced air type. Any energy auditor who really understands HVAC and can talk the talk will be in the best position to succeed in this business.

So, what’s the story with these two types of pressure?

Perhaps the best way to understand these two terms is with a simple demonstration that’s used in a lot of physics classrooms. We did this in our Advanced HVAC for Raters class recently, and I’ve put together the demonstration and explanation in the following video:

It really all boils down to Bernoulli’s principle. This principle is based on his equation relating the static pressure in a fluid to the kinetic energy of its molecules, but for our purposes, we can condense it to this:

Bernoulli’s principle – As the speed of a moving fluid increases, its static pressure decreases.

Besides ping pong balls and duct systems, this principle comes into play during hurricanes and tornadoes, too. When homes lose their roofs during these storms, it’s not because the wind blew them off. It’s Bernoulli’s principle at work. The fast-moving wind blowing across the house has a very low static pressure, much lower than the pressure inside the house. So, instead of the wind blowing the roof off, what really happens is that the higher pressure inside the house blows the roof off.

Back to duct systems, as you explore this phenomenon, you may find what seems to be a contradiction, especially in light of the video above. The air inside a duct is moving and thus should have a lower static pressure than the air outside the duct, right?

Actually, the static pressure inside a duct can be higher than that outside. Just punch a hole in a supply duct, and see if air rushes out. (Oh, wait, you don’t need to make a new hole. Just find one that’s already there.) The reason is that the air in a duct is confined and pumped up by the blower.

Well, there’s your intro to some basic physics for energy auditors. In a future article, I’ll look at the delicate balance of air flow, static pressure, and air resistance that makes up good duct design.

(If you’re wondering about the title, that expression is from a drawing in the textbook Conceptual Physics by Paul G. Hewitt. In the drawing, a kid shakes her fist at the rain, yelling, “Rats to you, Daniel Bernoulli!” Her umbrella had just blown out for the same reason that hurricanes cause the roofs of houses to blow off.)