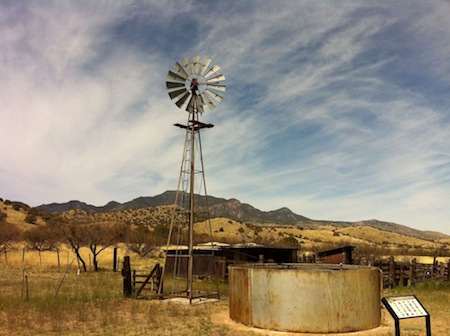 We were talking at breakfast yesterday morning when he told me about the information-gathering process he went through when he designed his previous home in Charlotte. He didn’t know much about building enclosures at the time. His background was electrical engineering, and his career1 until that point had been focused on developing home automation systems.

As he set about learning what he needed to know to build the house, he found varying opinions, naturally. One way he handled that was to keep digging until he found several knowledgeable people who pretty much agreed on whatever subject he was researching. He figured that when he found consensus among experts, he couldn’t go too far wrong by following their advice. While working through the details of his stucco wall system, however, he ran into a dilemma where no consensus emerged. That was when lawsuits were killing the synthetic stucco industry due to moisture getting trapped in the wall. David found little agreement among builders and stucco contractors on how to avoid the failures that were making the news.  So he decided to seek out the leading expert on the stucco failures and trust his advice. That person turned out to be Dr. Joseph Lstiburek.2 He ended up hiring Joe to design the wall system as well as the rest of his building enclosure.

He had a similar experience when he went to work for Enalasys, the company that started him down the path of becoming an HVAC expert.  Enalasys was developing diagnostic tools for mechanical contractors. David was hired to help develop an HVAC monitoring system. At that point, the bulk of his knowledge about heating and cooling systems was from a controls perspective.

During his tenure at Enalasys, David joined ASHRAE and immersed himself in all things HVAC. When he had questions, he wasn’t shy about getting in touch with industry gurus and picking their brains. These two experiences are what led David to become the HVAC expert he is today.

How I found good information when I built a green home

In 2001, I was a new landowner getting ready to build a house. I knew I wanted it to be a green home, and I’d watched (and helped a tiny bit) as my grad school thesis adviser, Liz Seiberling,3 designed and built an off-the-grid green home in Florida. I had a little bit of knowledge already because of that experience. (That’s me on the roof below helping to install the tongue-and-groove roof deck circa 1996.) I also was in the Atlanta area and was well aware of the Southface Energy Institute, so that was another great resource at my disposal. In fact, one of the first things I did was to sign up for their four-day homebuilding school. It was there that I decided to go with structural insulated panels (SIPs) as our construction method. I also made contacts there, on both sides of the desk, that helped me during the two-year process of building.

Another thing I did was to start buying copies of Fine Homebuilding magazine off the shelf when I visited Home Depot. When I started looking forward to the new issue appearing on the shelves, I knew it was time to subscribe, so I did. That was a tremendous resource. Not only did it (and still does) have information-packed, in-depth articles from pros, the section with tips also was helpful.

I was on a mission—a learning mission—and I was obsessed. I had to learn about framing, SIPs, greywater systems, composting toilets, permitting, dealing with subcontractors, putting together a cost estimate, windows, foundations, solar-powered wells, and much more. Of course, where it got real was when I took all that information I got from books, magazines, Southface, and experts and started talking to local trade contractors. I remember putting together the list of spec’s I wanted for my poured concrete foundation to one contractor, Wendell, and when I went to him a few days later to see if he had a bid for me, he said, “Where’d you get these spec’s? I can’t meet them.” He didn’t even want to bid on it, and he was the best foundation contractor in the area!

I learned that sometimes I had to settle for less than perfect because I just couldn’t take on every part of the job. Overall, though, I was able to incorporate a lot of the good stuff and do things the right way. Yeah, I made some mistakes but it was still a great house. In fact, it was the greenest, most comfortable, efficient home I’ve ever lived in. My next one will be even better.

How you can find good green building information

So, what does all this mean for you as you try to build your green home or fix your existing home? To summarize David’s and my experience, and add a bit more:

Second, know your limits. I’ve heard horror stories about people with no experience trying to build their own home or hiring the wrong people to do something unconventional. It always ends up costing more, not less, when you bite off more than you can chew in this arena. The higher cost of a good pro looks pretty good in hindsight in those cases.

I heard recently about someone who had to go looking for a pro who could salvage something from the huge house he’d started building. A lot of the people he approached told him he just needed to tear it down and start over but he did finally find someone who could help. He’s spending a lot more money to do it right the second time than he would have if he’d started out doing it right. Don’t be that person.

Interested in ramping up your building science learning curve?

1. I also learned from him that through the mid-nineties, he had a nice business as a syndicated newspaper columnist. Maybe you saw his column, which ran in 50 papers duing the period 1992 to 1997. It was called At Home with Technology and covered all kinds of interesting topics. At the end of each article, he offered more information on the topic if the reader sent him a dollar, which so many people did that he had to hire people to handle opening and replying to the requests.

2. Joe wrote a wonderful article last November about his own building science learning curve. Aided by giants in the field of building science and the engineering ingenuity of his father, he figured out how to do Exterior Insulation and Finish Systems (EIFS) without having moisture problems.

3. Liz was the only woman on the University of Florida physics department faculty when I started there. She called her home the Solar Cracker because it was a Florida cracker-style house powered by photovoltaics. She and her husband, Randy, also bought a sawmill and sawed all the lumber for the home. If you look closely at the photos on the page about her home, you can see me swinging a hammer on the roof as we put the tongue-and-groove roof deck on. Liz and her husband Randy now live in rural Tennessee, where they’ve built another house. You can read about it in her blog, An Edible Forest Garden in Tennessee.