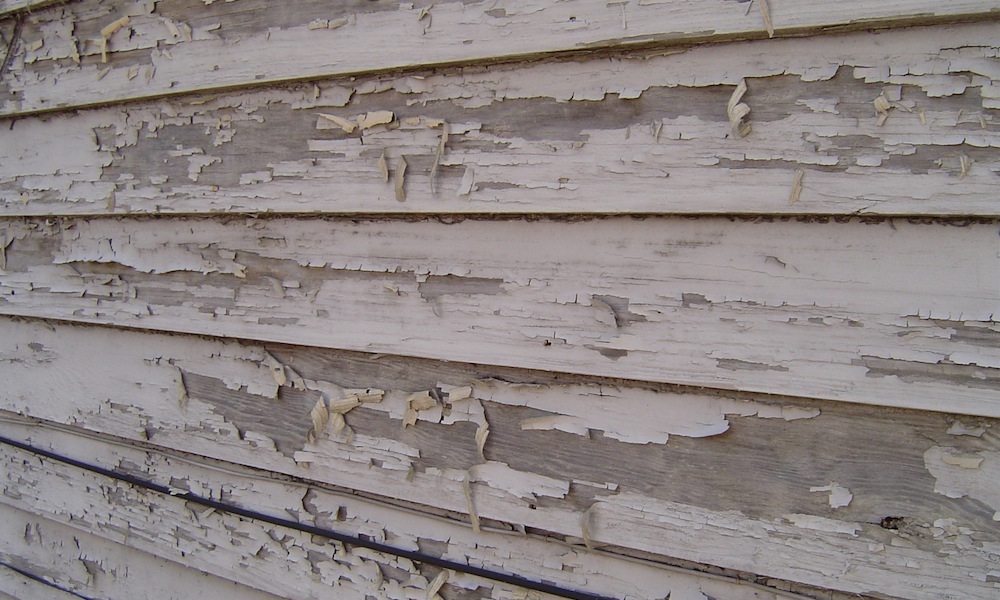 Now, I know exactly what you’re thinking. Those painters didn’t want to paint insulated buildings because building science hadn’t been invented yet, and they thought the insulators were jumping the gun. Or was it that painters thought that stuffing the cavities with insulation was silly when all they needed was some good insulating paint? Maybe I’m just jumping to conclusions here, as, it turns out, the proponents of insulated buildings did in their response to the painters’ revolt.

I’ve mentioned Bill Rose’s excellent book, Water in Buildings, in this space before, and it’s a wonderful resource. Chapter 3 is called Water and Building Materials and lays out the US history of building science research spurred by the paint-peeling episode of those early adopters of insulation.

On the first page of that chapter, Rose outlines how a set of moisture management practices developed in the period from 1937 to 1942, and that’s pretty much how we’ve treated buildings ever since. I’ll abbreviate his six bullet points to three (since I’m not going to delve into profile analysis in this article):

It’s a fascinating history, and Rose goes into the details of the different people who advanced the theory of diffusion and vapor barriers, the papers they wrote, and nearly two full pages on the 1952 condensation conference. The big names of the early building science research were F.L. Browne, Larry V. Teesdale, T.S. Rogers, and Frank Rowley.

One of the most amusing parts is how the National Paint and Varnish Association got involved and declared War Against Water. The image above is a cover of one of the booklets they published in the early 1950s. Written near the beginning of the Cold War, they villainize moisture much the same as McCarthy maligned communists. For example:

They seem innocent enough, these three pools of moisture: the milk from the bottle, the steam from the shower, the vapor rising from the whistling tea kettle. But are they? Oh, no…they’re up to no good. Where do they go from here? Believe it or not, they have an engagement. At the “dewpoint”—if you please.

Yeah, we can laugh now, but back then building professionals and homeowners alike were practicing their duck-and-cover drills at the slightest hint of water vapor!  (You can read the whole booklet online if you’re so inclined.)

Will the real culprit please stand up?

Those early building scientists did good research and advanced our knowledge of buildings considerably. For example, Teesdale found that a material’s wetness is related to its temperature in what Rose calls the Fundamental Rule of Material Wetness: Cold materials tend to be wet and warm materials tend to be dry.

The problem, though, was that the industry, led by Teesdale, Rogers, and Rowley, focused almost entirely on moisture diffusion and the need for vapor barriers. (These are also the guys who gave us vented crawl spaces, but that’s another story.) Browne is the one who got it right, way back in 1933. Yes, he mentioned diffusion as one mechanism for the wetting of walls and peeling of paint, but he also called out “poor carpenter work or faulty design,” as Rose quotes him.

That is, the bigger problem was bad flashing details, which allowed rainwater to get into the building assemblies—and then stay there. Before insulation, it didn’t matter so much because of the Fundamental Rule of Material Wetness. Uninsulated walls stayed warmer and thus dryer. With insulation in the walls, the cladding was colder and that meant it had less tolerance for bad flashing.

So the moral of the story is not to jump to conclusions. We learned a lot about vapor diffusion, but our decades-long obsession with vapor barriers was counterproductive and hindered us from learning the more important lesson: It’s generally more important for building assemblies to be able to dry out than it is to prevent wetting by vapor diffusion.

I’ll give the last word to Bill Rose on this topic: “Given the fact that a very small percentage of building problems (1 to 5% at most in the authors experience) are associated with wetting by water vapor diffusion, the argument for enhanced drying potential becomes much stronger.”