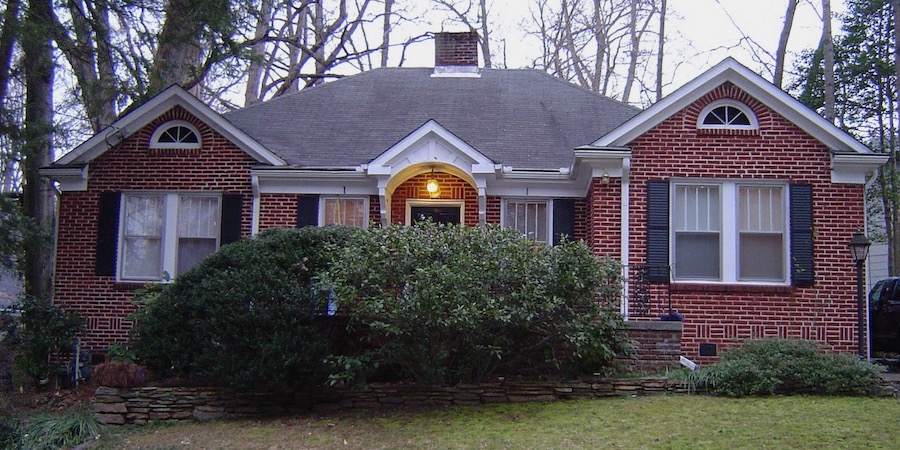 She lives in a small, simple house in southern Mississippi.  It’s only 1700 square feet.  Why then, she wondered, were her summer electricity bills running more than $600?  She didn’t have anything that could be a big energy hog, like a swimming pool, and she didn’t do stupid things like leave all the doors and windows open while she ran the air conditioner.  What could it be?

She called her electric company, one of the co-ops in Mississippi, and they sent someone out to investigate.  Utility companies get calls like this all the time, and they’ve learned from experience what most of the main causes of high bills are.  When the utility investigator arrived arrived at the house, he asked her to tell him anything she knew that might help him.

“Well,” she said, “the air conditioner runs all the time, but the house won’t even cool down to 80 degrees.”

“Ah, that helps to narrow it down a bit.”  He went to work, and it didn’t take him long to find the problem.  He measured the temperature drop across the air conditioner coil and found that the air on the “cool” side wasn’t much lower than the air on the warm side.  And both were much warmer than they should be. His next step was to turn off the breaker to the electric resistance heat (a.k.a. strip heat) in the HVAC system.  This is basically a giant toaster inside the air handler.  Heat pumps use it for supplemental heat.  In some homes, it’s used as the primary heat source.  It’s not cheap, though, especially considering that the same electricity going into a heat pump will yield two or three times more heat.

Anyway, the utility investigator turned off the breaker to the strip heat and watched what happened to the meter.  In the summer time, turning off the strip heat should have no effect at all on how fast the meter spins because it shouldn’t be running.  Strip heat is for cold weather. In this case, the meter went from spinning fast enough to saw wood to moving as slow as a horned passalus (photo at right) going for a walk in the woods.

“Well, we found your problem, ma’am,” he told her.  “Your heating and cooling system was doing both at the same time, making you spend a lot of money to stay uncomfortable.”

This problem often results from a thermostat wired incorrectly so that the system kicks on the strip heat when it shouldn’t.  Since anyone can go down to the home improvement store or the Interwebs and buy a thermostat, a good number of these problems result from DIY jobs.

It seems crazy to think that someone wouldn’t notice that the heat is running in their home in summer, but they don’t feel heat coming out of the vents.  That heat gets mixed with the cool air from the air conditioner.  They cancel each other out, both using even more energy because they’re fighting each other.

Got high electricity bills in summer that you don’t understand?  Check your strip heat.  And a good way to keep an eye your strip heat as well as other electrical loads is to use a device that monitors the electricity used in your house, circuit by circuit.  The Emporia Vue* is a good one, and I use it in my house to monitor my heat pumps, electric car charger, heat pump water heater, and more. 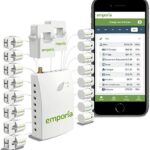