Most of the moisture management problems I've written about here are ones that occur because of poor installation. When builders don't integrate window flashing with the drainage plane, for example, water can find its way in and rot out the window framing. Sometimes, however, architects make it harder on builders. When they design building features that make it hard to drain the rain, failure is more likely. Let's look at a few design flaws of this type.

Here's a mid-century modern house not far from where I live. The butterfly roof certainly looks interesting, but think of what happens when it rains. I'm sure they built up a little bit of slope in that dead valley, but still, there' not a lot of room for error here. Delay just a bit on maintaining that roof, and you've got a living room and garage full of water. 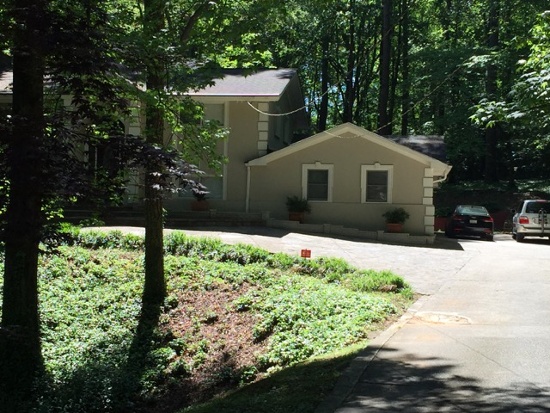 This one's similar. It's a dead valley created by the intersection of a gable roof over the garage and the wall of the house. And to make it even more interesting, these homeowners have a lot of trees over the house.

And speaking of trees... 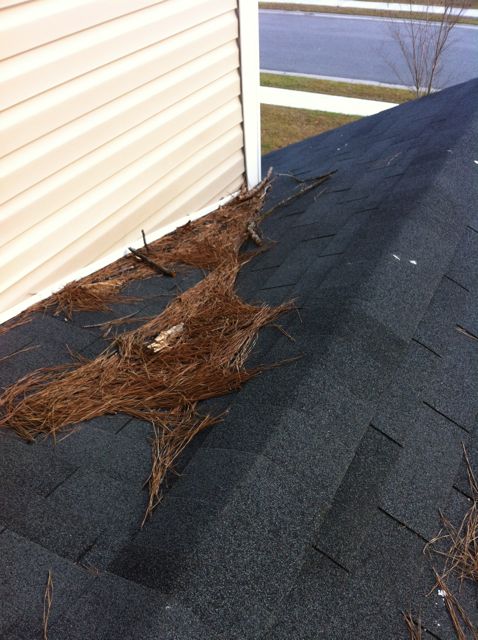 Here's a roof of a similar house. It's got a roof-wall intersection, and you can see the cricket they built to give it some slope. But that narrowing passageway for water is a great trap for debris. I took the photo above five years ago when the house was brand new and unoccupied. I wonder if they've seen water damage inside yet. 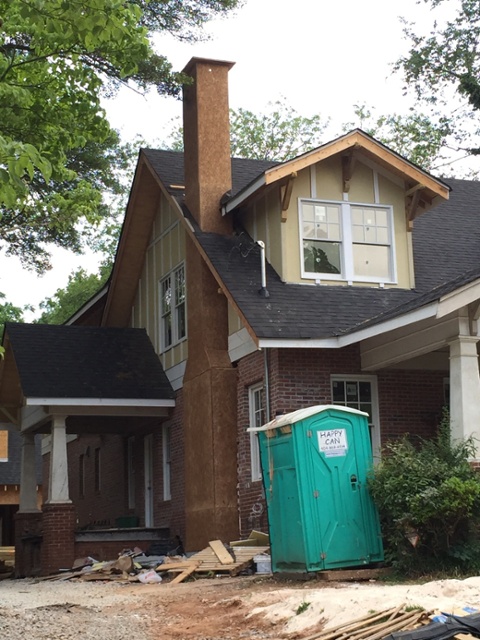 Here we have a chimney. By itself, that chimney wouldn't cause much of a problem. It's not at the eave, so there's not so much water hitting the upper side of it. But then they put a dormer right there to slow down the water. Maybe a well designed cricket will keep this house dry. Maybe it won't. They didn't have to rely on the cricket though. They could have eliminated to problem with good design. They could have eliminated the chimney, eliminated the dormer, made the dormer smaller, moved the dormer a bit to the right (although that valley becomes a problem then)... 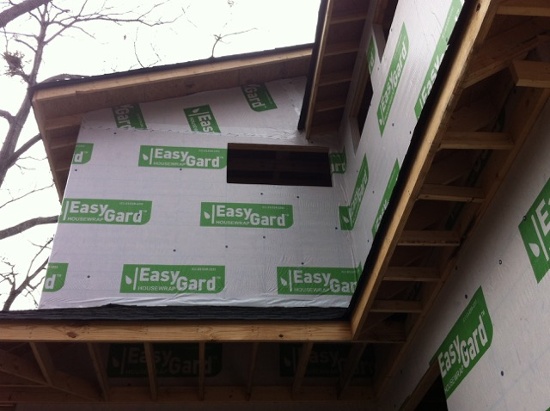 And finally, we have the window right beneath the roof overhang. Well installed kickout, step, and window flashing might keep this window dry for a long time. But why take that chance? Just move the window or make it smaller. There's got to be a design solution.

You don't have to be a building scientist to figure this stuff out. We all have experience with water and gravity. We know their tendencies. Those of us in the world of building science also know that when materials on the outside get wet, they stay wet longer now because buildings are better insulated. When water gets into that exterior sheathing or the framing behind it, things rot.

The battle against moisture problems starts in the design phase.

This is an international problem. I come across designers of equal stupidity/thoughtlessness here in New Zealand. We have a major industry based around our 'leaky homes crisis' it has two big winners, Lawyers #1 and specialist rebuild companies, and 1 big looser the unaware home owner.

From my own jaded opinion it's a confluence of competing desires on the part of the homeowner. The homeowner decides that they must live in a detached single family dwelling. Then the homeowners want to also live in area X, but the lots are small/narrow, the homes are old, and/or the price is high. So the homeowner buys and renovates, but to renovate without taking a loss on the improvements the homeowner has to do some funky things with regards to the exterior design. The end result is what we see in pic #4 from the top.

A better alternative would be attached single-family (townhome) or condo's in these areas, but then if the neighborhood nannies don't torpedo the permitting you're stuck living in a shoebox that basically looks the same as every other unit which limits price appreciation.

Disclosure: I've lived in a townhome for 16 yrs and have wanted to build for the last 5.

Good to see there are other readers from NZ. Are you in the industry?

Yes indeed Tom. I am an Architectural Designer with a special interest in high efficiency homes. We are working with SIPs for this on a couple of homes at the moment, I am still working on getting my first Passivhaus off the drawing board.

Glad to hear it's not just us here in the US. But you guys certainly have us beat on the quality of your folk parody duos. If Flight of the Conchords is only the 2nd or 3rd most popular one, wow!

Kris, condos and townhouses are starting to be built in those places where developers can buy up a slew of older homes. Lot prices are driving that more than anything because most people can't afford single family homes that would be built on those lots anymore.

The 4th picture with the chimney should be easy to monitor any water infiltration. Just lean an aluminum ladder against the electrical service head..water problems just might be the last thing on your mind.