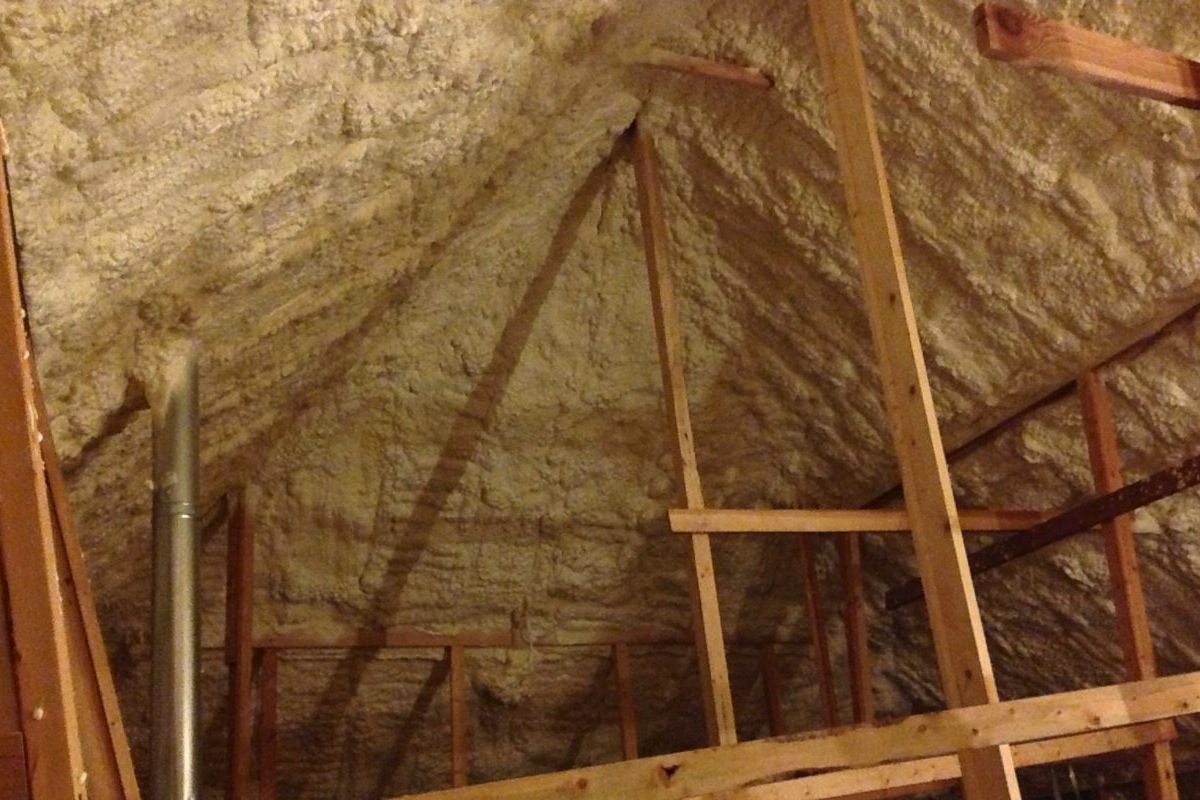 What happens to the heating and cooling loads when you encapsulate an attic? With the insulation and air barrier at the ceiling below the attic, you’re excluding the attic space. That volume of air up there isn’t involved in the conditioning of the home. But when you move the enclosure to the roofline (usually by installing spray foam insulation beneath the roof deck), now the attic’s volume is included inside the building enclosure. Occasionally I hear people say the loads will be higher because of the extra volume. Does having more air inside really increase the loads?

To understand this issue, let’s take a look at what goes into doing a load calculation. To do it right, you have to consider all the ways heat enters or leaves a home. Here they are:

By entering all the relevant details of the house under consideration, you get the loads for each room, each zone, and the whole house.

What’s air got to do with this?

So, which one of those loads is related to having a higher volume of air to heat and cool? Well, a couple of them are actually. When air leaks into a house, that unconditioned air has to be heated or cooled. Same with ventilation, except that in this case the “leakage” is intentional.

But the question here is about the effect that increasing the volume has on the load. When you encapsulate an attic and bring it into the conditioned space, the additional air in the attic doesn’t add anything to the load. If a sloppy spray foam job resulted in the attic not being airtight, then infiltration into the attic does add to the load, but that’s not what we’re talking about here.

Now, you may have more heating and cooling load when you encapsulate an attic, but it’s not because of the extra volume of air inside the conditioned space. When you move the enclosure to the roofline, you also increase the surface area of the home. That can increase the enclosure load. But if you’ve moved your HVAC system from unconditioned to conditioned space, you may end up with a lower load. In hot climates that can be significant.

Another factor that increases the loads when you encapsulate an attic is the insulation level. A lot of times, contractors will use a lower R-value for insulation on the roofline than they would on the ceiling below. (Martin Holladay wrote an article about this several years ago on Green Building Advisor. It’s called It’s OK to Skimp on Insulation, Icynene Says.) For example, most of Georgia requires R-30 for ceilings but you can install spray foam insulation at the roofline as low as R-19.

The problem here may be that the people who believe a bigger volume means a bigger load are confusing a correlation with causality. Hey, I get it. All my friends in Maine are trying to reduce their consumption of margarine because it’ll improve their chances of staying married. See the graph below, and you’ll be convinced, too. (See the website Spurious Correlations for a lot more of these interesting connections.)

Wait, no! That’s a correlation between two variables but there’s not a shred of evidence that there’s a causal relationship between the two. Same conditioned volume and heating and cooling loads. We know what factors contribute to heating and cooling loads. When you increase the size of a home by encapsulating an attic or a crawl space, it’s the extra surface area and the insulation levels that affect the loads, not the volume.

* In full disclosure, Therma-Stor, which makes the Ultra-Aire line of dehumidifiers, advertises in the Energy Vanguard Blog.