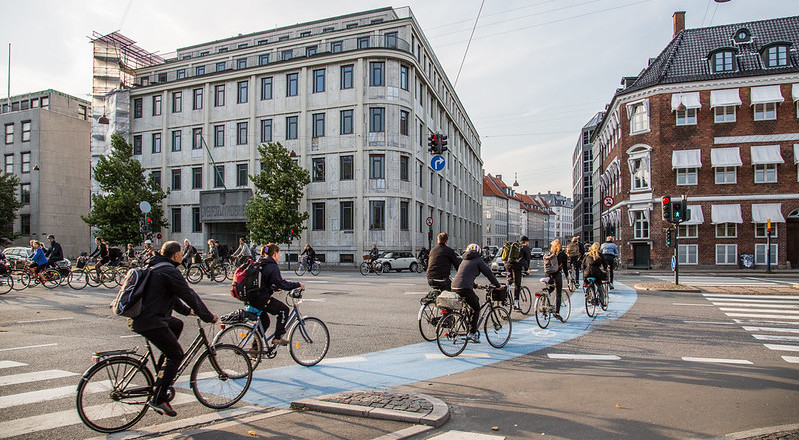 Lloyd Alter, architect and prolific blogger at Treehugger, has a new book.  Titled Living the 1.5 Degree Lifestyle,* the book is an exploration of what it takes to live within a pretty strict carbon budget. That means tracking the carbon emissions impact of everything he does:  what he eats, how he travels, what he wears, the electronic devices he buys, and more.

But it was his subtitle that really grabbed my attention:  Why Individual Climate Action Matters More Than Ever.  For the past few years, I’ve been with the crowd that believes individual action can’t solve this problem.  Without big shifts in new technology and government policy, individual action seems to be ineffective.  So, I began reading, hoping that Alter would win me over.

I’m going to cover some of the important points in the book, but you’ll need to get a copy and read it yourself if you want to understand all that he has to say…which is a considerable amount, especially for a brief 142 pages.

Whether you believe it or not, you know the story line by now.  The Industrial Revolution began an unintentional experiment to see if we humans could change the climate on Earth.  Before the Industrial Revolution, the average atmospheric carbon dioxide (CO2) level was 280 parts per million (ppm).  Two centuries later, it was up to 319 ppm when I was born.  Yesterday, the CO2 level at Mauna Loa was 416 ppm, 49% higher than it was in 1750 and 30% higher just in my lifetime.

And, as Svante Arrhenius predicted in the 19th century, the Earth is warming.  There’s tons of evidence that increasing the concentration of CO2 in the atmosphere raises the global average temperature.  We know we need to reduce the emissions of carbon dioxide and other greenhouse gases, collectively referred to as CO2e (the e stands for equivalent).  The 2015 Paris Accord is where the 1.5 degree number came from, as the participating nations agreed to keep the global temperature from rising more than 1.5° C above what it was at the dawn of the Industrial Revolution.

That limit to temperature increase correlates with specific targets for carbon emissions.  The goal is to get total carbon dioxide emissions down to 2.5 tonnes (1,000 kilograms) per year per person by 2030 and down to 1 tonne per year per person by 2050.  Alter chose the easier 2030 target for his experiment in living the 1.5 degree lifestyle.  That put him on a diet of about 7 kg of CO2e per day.  To track his personal CO2e emissions, he created a spreadsheet and recorded everything with a carbon impact.

The 2 kinds of carbon emissions

But first, we can’t jump into carbon tracking without distinguishing between the two kinds of carbon emissions.

Operational carbon emissions – the greenhouse gases (CO2e) emitted as the result of operating a building, vehicle, or device.

Embodied carbon emissions – the CO2e emitted as a result of making those buildings, vehicles, or devices.

When you burn fuel for heat at your house, for example, the exhaust gases put CO2 into the air right there.  The electricity you use is usually generated somewhere else, but it still results in greenhouse gas emissions.  Those are both operational carbon.  Embodied carbon emissions are the greenhouse gases emitted during the mining, transport, and manufacturing of all the stuff that goes into you house:  building materials, furniture, food…everything.  Because of the structure of our economy, almost everything we do has a carbon impact, operational and embodied.

But there’s a problem with the term “embodied carbon emissions.”  Often, the word “emissions” is left off.  Do a search and you’ll see few instances of the full three-word term.  Everyone wants to talk about embodied carbon.  And because a lot of people don’t know much about it, they assume embodied carbon is a good thing.

Last week I posted a poll on LinkedIn and Twitter asking what people thought embodied carbon means.  Here are the LinkedIn results:

At 42 and 58 percent, the Twitter results weren’t much better.  Clearly, a lot of people seem to believe embodied carbon is good because it’s carbon tied up in here on the ground instead of trapping heat in the atmosphere.  Maybe they’re confusing it with sequestered carbon.

Also, the full three-word term contradicts itself.  Is the carbon embodied?  Or is it emitted?  It’s hard to imagine it could be both.

I mention this here because Alter has come up with a much better term:  upfront carbon emissions.  It would be hard to think that’s a good thing.  He’s gotten some traction with adoption of the term already, and I think everyone should start using it and drop the confusing “embodied carbon” immediately.

Alter’s book is packed with great information and pithy quotes.  Here are a few of the things I found notable, some of which were new to me.

Chapter 4 is the most important chapter in Living the 1.5 Degree Lifestyle.  It’s titled Energy, Efficiency, and Sufficiency, and he gets into some deep discussions of energy, the economy, and growth.  That’s where he quotes Vaclav Smil and brings up a book about something called “degrowth.”  It’s the stuff we really need to grapple with as we navigate the climate crisis.  I was hoping he would mention the work of physicist Albert Bartlett, which would have fit in well here, but he didn’t.

Alter’s diligence in researching the CO2e associated with all his activities is impressive.  He shows parts of his spreadsheet throughout the book and discusses where he succeeded, where he failed, the lessons he learned, and the things that surprised him.  He’s done a great service by digging into this.

So, did Alter win me over?  Do I now believe that individual action matters more than ever?  Here’s my problem with this claim:  It just seems to me that if it’s going to take a concerted effort by a significant portion of the population to avert climate catastrophe, we’re already screwed.  I can’t see it happening.

I know that sounds like what Michael Mann calls “doomism.”  But while reading the book on the plane to Seattle (hmmmm), I looked at what the people around me were doing in airports, restaurants, and stores.  I don’t see an appetite for this kind of change.  Also, because we can’t even have a real debate about climate change in  the US, many people here aren’t even aware of the problem, much less the kinds of solutions that Alter discusses.

But here’s what happened.  After reading the book, I found that my thinking had changed.  My MacBook Pro, for example, is six years old now, and I’d been thinking of getting a new one next year.  Now I’m thinking I’ll try to squeeze as much life out of it as I can before replacing it; maybe even just replacing the battery, which has a cycle count of 1,996 right now and is giving me the “Service Recommended” warning.  And that kind of thinking has spread to a lot of my decisions.

Living the 1.5 Degree Lifestyle is an important book.  It’s well documented, easy to read, and full of great information.  Alter has really done his homework, literally!  I recommend it highly.

Climate Change Is Just a Theory

Photo of bicycle commuters by Holbergsgade Cyclists from flickr.com, used under a Creative Commons license.