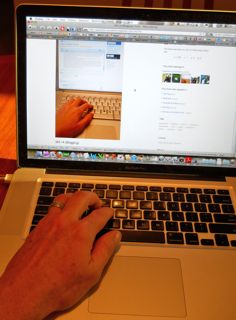 On Saturday, the Energy Vanguard Blog turned 5 years old. It’s been an interesting and rewarding journey, and I’m really glad I sat down and started doing it in early March 2010.

On Saturday, the Energy Vanguard Blog turned 5 years old. It’s been an interesting and rewarding journey, and I’m really glad I sat down and started doing it in early March 2010.

To date I’ve published 639 articles. In the first full year of the blog, I published about 14 articles a month. Sometimes I wrote 5 a week. A couple of times I even wrote two articles in the same day.

Some flowed easily. Some wrote themselves. Some took too long.

Evolution of the blog

Rather than three to five articles a week, over the past year I’ve been writing about one or two a week. One reason I’ve slowed down is that I’ve got a lot more going on now than I did in the the early days. We weren’t offering HERS or BPI training back then, and in those early days, Energy Vanguard had only one employee – me.

Another reason is that there’s not as much direct benefit to our traffic when I write a new article. Google sends us tons of traffic, a lot of it to articles that are three or four years old. The top two so far this year are How NOT to Use Your Heat Pump Thermostat from January 2011 and 4 Pitfalls of Spray Foam Insulation from June 2010. Heck, sometimes I write an article and on the day I publish it, the new one comes in second or third to an old one.

A third reason I write less now is that I feel a greater responsibility to get things right before I put them out there. In the early years, I’d dash off articles without doing much fact checking. Sometimes I’d get called on what I wrote by people who know a lot more than I do.

The persistence of information, bad or good

One thing I’ve noticed is that when information gets out in public and takes root, it’s difficult to correct it when it later turns out to be wrong or incomplete. One example stems from an article Alex Wilson wrote about foam insulation back in 2010. I see people referring to that article at conferences and online because Alex Wilson is a good guy with a good reputation.

I wrote about problems with Wilson’s article shortly after he published it, but a lot more people read his original article than my response. (My article was called Don’t Forget the Science in Building Science.) I don’t believe his article should be used to support anyone’s position on foam, but it’s out there and people do.

Likewise, I wrote an article about water vapor transport by air leakage vs. diffusion, and I’ve since found out that, although the basic conclusion is still valid, the magnitude of the difference isn’t what they thought. That may change the recommendation in some cases, too. I need to publish an update, but I’m sure people will keep referring to the old numbers for a long time.

The ideas that vanish

Since I’ve been doing so much writing these past five years, my mind is always on alert for ideas for articles: a snippet of conversation, a photo, a section of Manual D. There’s a lot of source material out there when you’re writing about building science

One of the interesting things about writing is the amazing thoughts – or so they seem at the time – that go through my mind sometimes. I think, “Wow, I’ve got to put that in an article. This will really help people. It’s a paradigm shifter.”

Then I sit down to write sometime later and try to recall that amazing thought. And I try some more. I think about where I was and who I was talking to when I had the thought.

I write a lot of ideas down. I’ve got lists of ideas in various places, and I do pull from them. But I’m telling you, if I could only have gotten some of those ideas into the blog before they fled…well…

It’s been a great five years, and I have you to thank. Somehow, a lot of readers have come to this blog and found enough value in to come back. Thousands of you have become subscribers. A bunch of you are regular commenters. Many of you share the articles through social media.

Many people have some nice things about the blog. (See The Energy Vanguard Blog Is off the Chain!) Just last week, I got a nice shout-out from the Journal of Light Construction in reference to a nearly five-year old article.

I may not always respond when you email me or post a comment here, but I do read everything you send and consider it carefully. I also use your feedback to help guide the blog as it continues to evolve.

Thank you for being part of the first five years. Let’s make the second five years even better!

Should Your Business Have a Blog and Use Social Media?