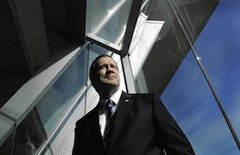 If you go to their website and read about them, they sound great:

We believe in better buildings; places that complement our environment and enhance our communities. Places that give people better, brighter, healthier spaces to live, work and play.

They see a huge problem—bad buildings—and have proposed solutions. The LEED program has as its objective to change the way we design, construct, and commission buildings to save energy, be more sustainable, and make the occupants happier. These are all good things.

The problems with the USGBC and LEED

If you know anything about the organization, you’ve probably heard that Henry Gifford filed a lawsuit against them a couple of years ago. You may also know that Joe Lstiburek, the godfather of building science, has been highly critical as well. In a recent article, Lstiburek wrote, “the LEED fascists made things difficult and unworkable.”

What are the knocks against the USGBC and LEED? Mainly:

On the all-glass front, Lstiburek spoke here in Atlanta a few years ago and showed how buildings evolved to better and better thermal performance over the millenia…and then regressed once we started building glass boxes. Many new LEED certified buildings are glass boxes.

My April Fool’s Day article this year was US Green Building Council to Require All-Glass LEED Homes. A surprising number of people believed it was true! Even some people who should have known better fell for it. A few believed it all the way through to the end, despite my made-up window USGBC spokesperson, Crystal Payne, saying things like, “…as it turns out, saving energy just isn’t that important.” What does this say about the USGBC?

It costs a lot of money to get LEED certification for commercial buildings and for single-family homes. When I was studying for the LEED AP exam in 2004, I read about how the extra costs upfront would be paid back in energy savings and productivity. But what about those LEED certified buildings that don’t show the energy savings? To be fair, the costs for multifamily, affordable housing projects are said to be quite reasonable, and even Lstiburek has said that the LEED for Homes program doesn’t have the problems that the commercial buildings program has.

Documentation of everything is required for LEED certification: Chain-of-custody for sustainably grown forest products, receipts for waste disposal, VOC levels in paints, color of the drywall hanger’s socks, and much more. (OK, they haven’t added sock color…yet.) It’s so burdensome that one LEED Green Rater I know says that a lot of his LEED projects never get certified because the builders just can’t manage to track all the documents.

Evidence that the USGBC is out of touch

If you go to the About USGBC page on their website, they brag about their own headquarters in Washington, DC. In a sidebar titled, Leading by example, they list the ‘green’ features of their building. The first one is, “floor-to-ceiling glass windows that offer abundant natural lighting.” The second one is even better: “a two-story waterfall that brings the outdoors in and helps control indoor humidity.” Really! I hadn’t realized that DC was such a dry climate.

Back to that interview with Fedrizzi, though. In it, he was asked what are the latest technologies for homes. His first answer: “You have the tankless water heater that basically on demand heats water for your entire house, only when you need it.”

drain-water heat recovery and heat pump water heaters above tankless. At the top of my latest technology list, though, would be mini-split heat pumps.

When asked about commercial buildings, Fedrizzi responded: “The glass industry is changing exponentially. There are companies in Silicon Valley that are actually putting invisible solar collectors into the glass, so every glass building will be able to generate almost its own energy.”

Let’s ignore the silliness of his statement about how the “glass industry is changing exponentially.” Oh, OK. It’s hard to ignore something so ridiculous, isn’t it? People like to use the word ‘exponential’ without understanding what it even means, and that appears to be the case here. He’s just trying to sound sophisticated but this just comes off as silly.

Maybe he’s been talking to some really smart engineers who have this figured out, but I don’t see how such a building could really generate “almost [all of] its own energy.” A lot of this energy generating glass would not get much direct solar gain and thus could hardly be cost-effective (unless it’s way cheaper than I imagine). If it’s a glass box, there will still be a lot of heat loss and heat gain, and at night that’s all that the glass will do for you.  Oh, wait. Glass at night would take away any privacy. Guess they forgot that naked people need building science.

If you ran a cost-effectiveness analysis on such a building and compared it to a building with a more reasonable glazing ratio that had a decent amount of insulated walls, I can’t imagine that the energy generating glass box would win. What am I missing, Rick?

Can’t we make this work?

I really want to believe in the USGBC and LEED. They’ve done an amazing job at creating demand for a label that many people don’t even know the meaning of (and often mistakenly call LEEDS). I just don’t think they do enough good to justify the amount of money that goes toward the certification.

One of the complaints I hear the most from builders and trade contractors is that they’d like to see the money that goes toward program verification and certification instead go to the labor and materials in the building itself. I think that view goes too far, but their point is a valid one. When certification becomes so expensive that you can’t do some of the great things with a building that you’d like to do, or you do them and the building becomes too expensive, then perhaps the expensive program needs to recalibrate.

There is certainly a need for certification programs and third party verification. They need to be grounded, affordable, and realistic, however. LEED is not. Fedrizzi is out of touch. The USGBC needs to recalibrate.

* Tip of the hat to Martin Holladay, the Energy Nerd of Green Building Advisor for tweeting the link to article yesterday. In some ways, he’s more of a curmudgeon than the Green Buildling Curmudgeon himself.

Photo of Rick Fedrizzi in a glass box by Stephen Dunn.