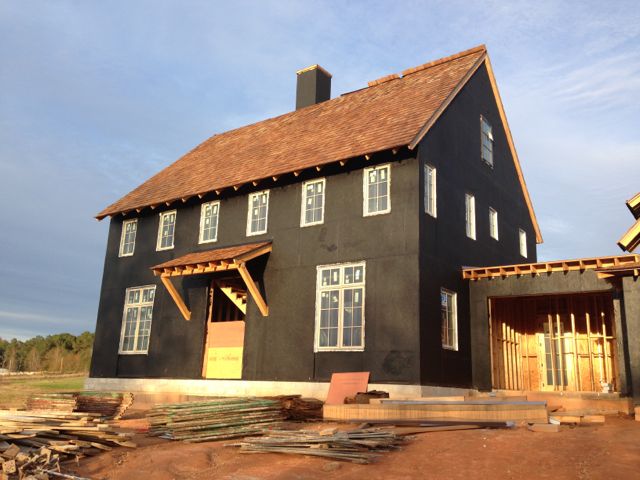 Is housewrap a vapor barrier? What’s the purpose of building paper? Who’ll stop the rain? I’ve covered this topic in various forms before, but the confusion about what the different building materials do is so widespread that I have to keep coming back to it. I’m going to keep it simple here so maybe we can get a few more people to use the proper terms, and especially to know when not to use the term “vapor barrier.”

First of all, remember that the purpose of the building enclosure is to control the flows of water (liquid and vapor), air, and heat. We use different materials in buildings to accomplish the various levels of control we need, and of course, what you need in your building depends on your climate and what you’re doing inside.

Did you really mean to say ‘vapor barrier’?

The biggest point of confusion seems to be about what a vapor barrier is. Most often, I hear people saying they need a vapor barrier when what they really mean is they need a liquid water control layer. Housewrap, to answer the question I opened with, is not generally a vapor barrier. Dupont’s Tyvek Homewrap has a permeance of 58 perms (I-P units), putting it way into the vapor permeable range. As I wrote not that long ago, it’s generally more important for building assemblies to be able to dry out than it is to stop water vapor from moving into them. We got on the wrong track with vapor barriers in the mid-twentieth century because of some incomplete science.

Another one I hear quite a bit is the confusion about what insulation does. Insulation comes in both air-permeable (like fiberglass or cellulose) and air-impermeable (like spray foam) forms. Putting in more fiberglass or cellulose insulation won’t give you the airtightness you need in a house without additional air-sealing. They’re thermal control layers but not air control layers. Spray foam insulation of the proper thickness is both.

Housewrap, to stick with the most common material used as the liquid water control layer, is a material that can control the flow of liquid water as well as air. It’s rarely installed well enough to be a good air barrier, but that’s OK because in most homes it’s stapled to a material that usually is: plywood or OSB. Housewrap is the material. Controlling liquid water and air are the functions. The standard varieties don’t control water vapor or heat.

When you’re looking at plans or actual building assemblies, go through material by material, layer by layer, and see if you can identify the functions of each. Is that material controlling heat, air, liquid water, or water vapor? Is it controlling more than one? Even if it’s there for structural reasons, you need to know how it might affect the flows of heat, air, and moisture. OSB, for example, is vapor semi-permeable and can reduce an assembly’s ability to dry.