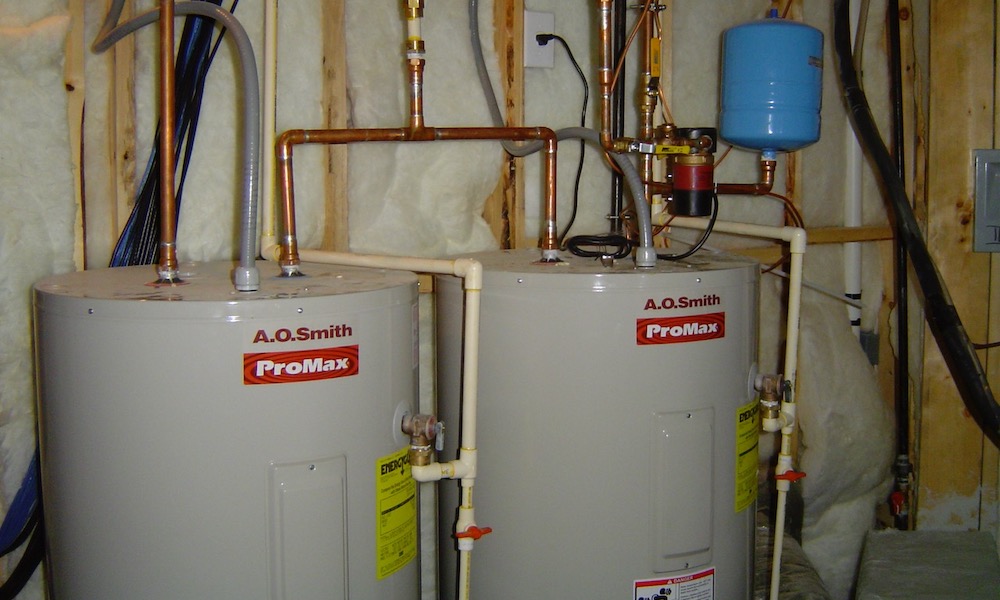 This is the time of year when I start really appreciating hot water. We’re getting a little bit of chilly weather, and those hot showers feel really nice in the morning. But that hot water† that reaches me in the shower has only a fraction of the energy that went into the water heater.

(Yeah, I know that 8/3 and 17/5 and 4/2 are fractions, too, and if I were talking about fractions like those, the hot water would have more energy than went into the water heater, but let’s stick with the conventional definition of fractions as being less than one even though you and I both know that’s overly restrictive.)

Firing losses are those that occur when you convert a fuel (natural gas, electricity, wood, kerosene…) to heat. The two most common fuels for water heaters are electricity (converted to heat through electric resistance strips) and natural gas (converted to heat through combustion). You can convert electricity to heat at an efficiency of 100%, so it has no firing losses. (Electric heat pump water heaters are a different animal altogether since they’re moving heat, not converting a fuel.) Natural gas has a firing efficiency of about 80% in most water heaters.

OK, there’s one more type of loss that I haven’t mentioned yet. In addition to the three above, there’s also the Stupidity Loss, as shown below. Believe it or not, that one is actually worse than it looks.