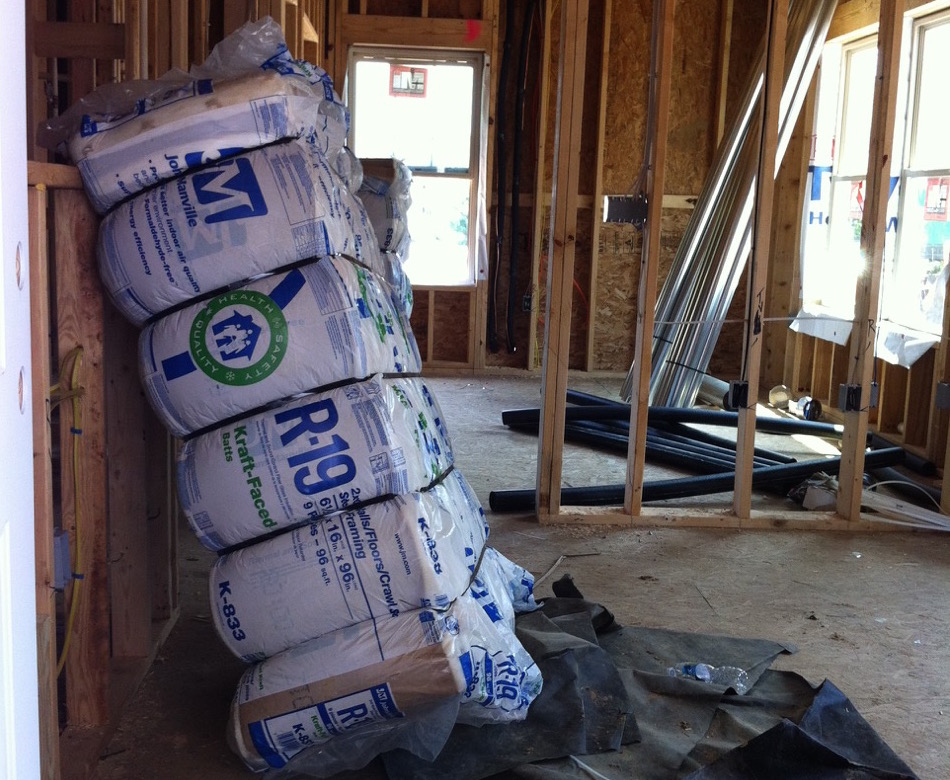 In the world of building construction, improvement, and analysis, we talk about R-value all the time. Generally we talk about it as if it’s a constant number. Hey, R-19 is stamped right there on the product, so that’s what it is, right? Well, maybe. Sometimes.

But what about temperature? Does a given piece of insulation have the same R-value as you change the temperatures across it? Why, no. No, it doesn’t, as it turns out. And for one popular type of insulation, the results may change the way you insulate buildings. Keep reading.

How is R-value measured?

Because of scams involving R-value claims that didn’t match reality, the US Federal Trade Commission (FTC) devised the R-value Rule to protect buyers of insulating products. In fact, just this year the FTC handed down its largest fine ever ($350,000) to a company claiming that its paint had an R-value of 100.

If you’re putting insulation in a building where we humans are going to hang out, how often do you think either of those temperatures will be on the inside of the building? Hmmm. If it’s 100° F outside, I can’t imagine ever getting the house down to 50° F, nor could a standard air conditioner get a house that cold. If it’s 50° F outside, I’m sure not going to run the thermostat up to 100° F. I’m already burning up at 78° F, the temperature my 91 year old father-in-law likes to keep his house.

No, temperatures of 50 and 100° F across the insulation don’t represent realistic conditions. The indoor temperatures we use in heating & cooling load calculations are 70° F for winter and 75° F for summer. This may be one of the unrealistic test methods Joe Lstiburek was thinking of when he said at Summer Camp last year that ASTM stands for Another Stupid Test Method.

Many insulation types improve as it gets colder outside

At Building Science Summer Camp in 2011, Chris Schumacher gave a talk on Building Science Corporation’s Thermal Metric Project. They’ve built what’s probably the world’s most sophisticated apparatus for measuring R-value, called a hot box. I got a chance to visit their lab in Waterloo, Ontario a couple of months ago and will write more about that later. Expanded polystyrene (EPS) is the white foam you see in disposable coffee cups and beer coolers. Its nominal R-value is 4 per inch. It’s the main type of rigid foam board used in structural insulated panels and is also used as roof and wall sheathing sometimes. Like fiberglass, it also gets better with colder temperatures. Extruded polystyrene (XPS) likewise improves with colder temperatures. Its nominal R-value is 5 per inch. This is the foam you see used a lot for exterior wall sheathing. It’s generally blue (Dow) or pink (Owens-Corning).

A third type of foam board is polyisocyanurate, often called just polyiso. Its nominal R-value is 6 per inch. It’s a popular product for roof and wall sheathing because of its higher R-value per inch but…

Polyiso gets worse when it’s cold outside. Building Science Corp. has been doing research on this for a while, and they just published their polyiso results a week and a half ago. They looked at products from several manufacturers, and you can see the results below. Polyiso, it turns out, can lose as much as 25% of its R-value when the temperature drops.

Why does this happen? The hypothesis is that the gas in the closed cells of this foam condenses at relatively high temperatures. In footnote 10 of the BSC paper, they write, “if the walls of the cells are coated in a highly conductive condensate (a liquid), heat transfer will increase and the R-value will go down.” Honeywell wrote a paper about the potential for condensation (pdf) a few years ago as well. What does this mean for polyiso?

The takeaway from the polyiso results is that you’re not getting as much R-value as you think you’re getting when the temperature drops. This is more an issue for cold climates, so you Floridians and Texans don’t need to worry about this at all. Minnesotans, however, might want to adjust their designs a bit if they’re using polyiso.

Even in cold climates, though, keep in mind how this really applies. I was talking with Joe Lstiburek about this last month, and, as he’s so good at doing, he pointed out what should have been obvious to me from the start. If condensation in the foam is the cause, it’s only going to happen in the parts of the foam that are below the gas’s dew point, that is, the outer layers.

Some things you can do to mitigate the R-value diminution are:

Regarding that last point, if you put cavity insulation between the polyiso and the indoors, the polyiso will stay colder. Putting just a thin sheathing of polyiso over insulated cavities will give you the worst performance you can get with polyiso in cold weather. It won’t necessarily be bad. It’s just not going to be the R-6 per inch you think you’re getting.

The lowdown on R-value

The main point here is that R-value isn’t some constant number for a given material, and installation isn’t the only factor that affects it. As you can see above, temperature has a significant effect as well.

Although I said in the title that this is big news, the temperature dependence of R-value isn’t really news in the world of building science at all. Well, the polyiso results are relatively new, but the rest of it’s not. To many who work with insulation every day, however, the idea of a variable R-value could be as Earth-shaking as the Turbo-Thermo-Encabulator Max has been to the HVAC industry. Maybe even moreso.

Like this article? Subscribe to our blog, which is ‘off the chain,’ according to home builder Chris Senior.