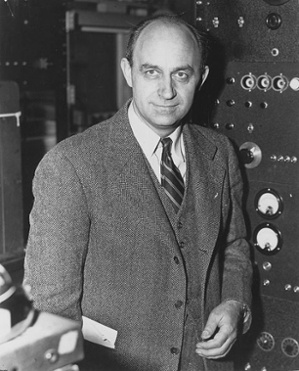 Enrico Fermi was famous for many things, as you might expect of one of the smartest physicists of the 20th century. Quantum theory,  statistical mechanics, and nuclear physics were his primary subjects, but what I appreciate most about him was what are called Fermi Problems. He had an amazing ability to come up with estimates for questions for which he had little or no real data.

He did it for physics questions and for questions from daily life. An example of the former was his estimate of the strength of the atomic bomb exploded in the Trinity test. Using the distance traveled by paper he dropped during the test, he came up with 10 kilotons. The actual number was about 20 kilotons. An example of the latter was the famous question of how many piano tuners there are in Chicago.

This is a skill that could do you some good, too, as you might be able to figure out whether a number someone threw at you was reasonable or if the work you’re doing has any value. Those of us who work in the field of building science, whether you’re an architect, engineer, energy auditor, or contractor, should do this regularly.

The incompressibility of air

In case you’re wondering where the heck this article came from and what the incompressibility of air has to do with anything here, let me remind you of the last article I wrote. It was about Pascal’s Principle and blower door testing. (Wow! Has it really been more than two weeks since I posted a new article here? That’s the first time since I started this blog in 2010 I’ve gone even a week without something new.)

In that article, I wrote that Pascal’s Principle applies only to incompressible fluids and that air is not in that category. But wait! Is that really correct? What I wrote in the article (in a footnote) was: “Air is compressible, but the pressures we’re working with in a blower door test don’t do much compressing.” That, of course, brings us to the Brick Store Pub, my favorite drinking establishment in the whole world. (If you’ve taken a HERS rater class with me, you’re probably familiar with it.) I like to talk to people who are smarter than I am to keep me from getting too far off track, so I met with Danko Davidovic at the Brick Store the other day. We spoke of many things — Djokovic’s Wimbledon victory, Building Science Summer Camp, and the incompressibility of air.

I didn’t learn a whole lot of fluid dynamics in school, so I asked Danko about my statement and how one would determine when air goes from being incompressible to being compressible. He told me that it happened when any fluid is moving faster than about 0.3 Mach, and he sent me a reference the next day.

How fast is a blower door?

Here’s where Fermi, Danko, and Herr Mach all come together. I wanted to figure out how fast a blower door moves the air to see how close it is to 0.33 Mach. The Mach number is a dimensionless number that is the ratio of the velocity in question and the velocity of sound.

We’re talking about air, and at sea level and standard conditions, the speed of sound through it is about 330 meters per second. Since we’re in the US here and work with those annoying imperial units, that’s about 1100 feet per second. One third of that would be about 367 ft/s.

Now, I don’t have to get accurate numbers unless my answer turns out to be close to 367 ft/s. Let’s see what we get.

Now we’ve got the number we need. 28 ft/s is well below 367 ft/s, so it’s clear that when we’re doing a blower door test, we can treat the air as incompressible.

Isn’t physics a wonderful thing! We should celebrate with a beer at the Brick Store.

How Is a Blower Door Like a Hydraulic Jack? Pascal Knows!

Size Matters — How Big a House Can You Test with One Blower Door?