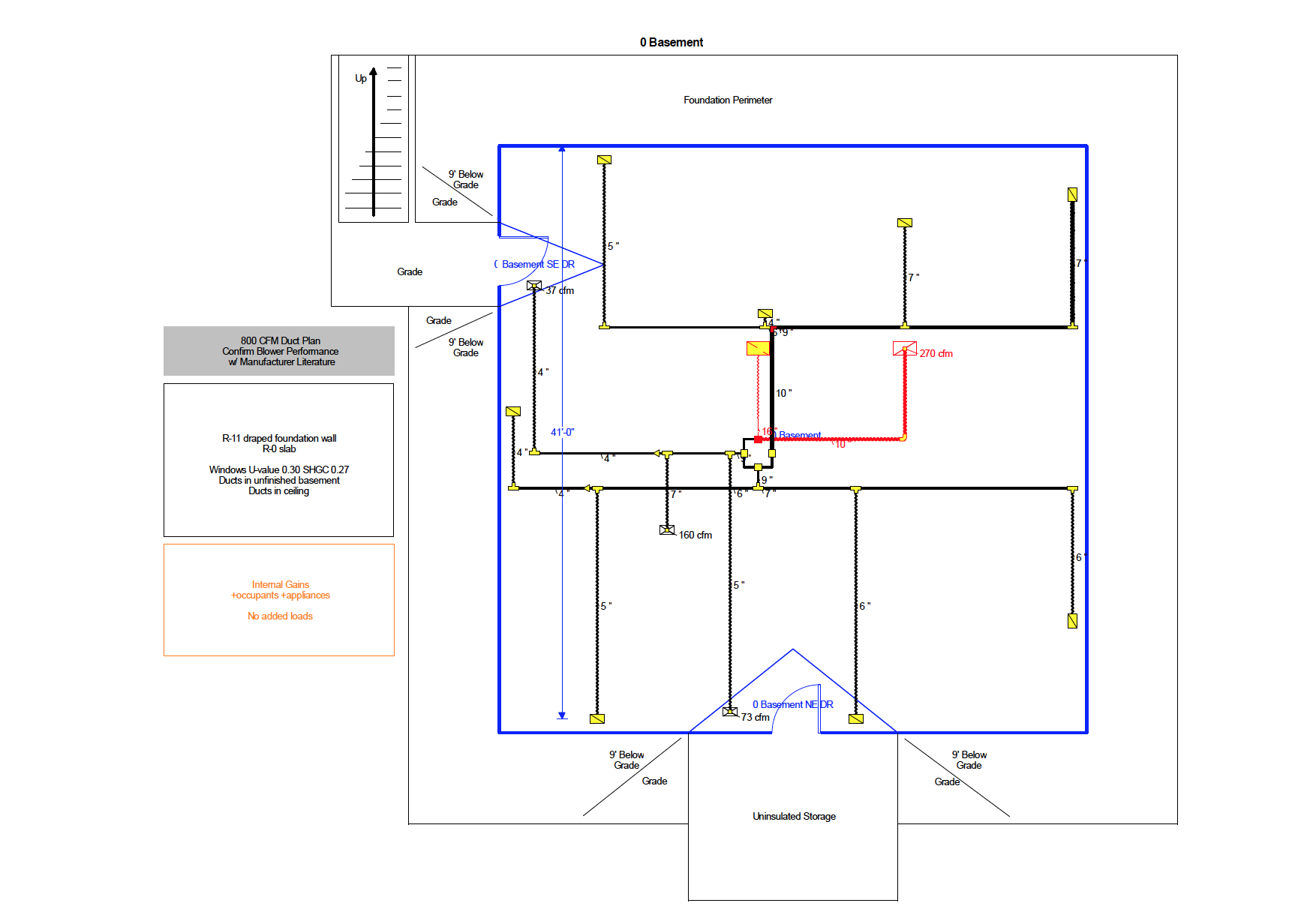 Last year I wrote some articles on duct design and one of the topics I covered was this thing called friction rate.  At the end of that article, I discussed “How to think about friction rate.”  It confuses a lot of people because it’s the wrong name.  First I’ll tell you why and then I’ll tell you what I think we should be calling it.

At the beginning of my duct design series, I hit the three big quantities that go into determining the sizing of ducts:

The available static pressure is how much push is left to move the air through the ducts after subtracting off the pressure drops for all the non-duct components in the system (i.e., filter, registers, grilles…).

The friction rate is calculated from the previous two quantities:

The factor of 100 included in the equation is there to reduce the number of zeroes in the result.  And that’s why we talk about the amount of pressure drop per 100 feet instead of per foot.

Now, friction rate is based on available static pressure.  It’s a number that tells you how much pressure drop you’re allowed to use per 100 feet of effective length in the duct system.

It’s a number that you want to be higher, not lower.  And that’s why friction rate is the wrong name.  Friction is generally something you want to minimize.

If I see a friction rate of 0.11 inches of water column (i.w.c) of pressure drop per 100 feet when I’m designing a duct system, I know the installers have some wiggle room.  If they add a fitting or use a bad fitting or don’t pull the flex duct tight, the duct system will almost certainly still move enough air.

Higher is better when it comes to friction rate.  And that leads to cognitive dissonance because we don’t want a lot of friction in our ducts.