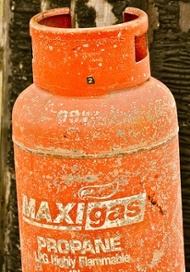 “A New Zealand technician got fire balled in the face,” a member of the HVAC-talk.com forum stated bluntly. He was referring to a case where an HVAC tech got burned when he thought he was working on a system with R-22 refregerant, which is not flammable, but which instead was filled with propane, which is flammable. Someone switched out the refrigerant but didn’t label the system as now having a flammable refrigerant.

“A New Zealand technician got fire balled in the face,” a member of the HVAC-talk.com forum stated bluntly. He was referring to a case where an HVAC tech got burned when he thought he was working on a system with R-22 refregerant, which is not flammable, but which instead was filled with propane, which is flammable. Someone switched out the refrigerant but didn’t label the system as now having a flammable refrigerant.

The latest bad turn in the story on the phase-out of R-22 air conditioner refrigerant is the use of unapproved substitutes for R-22. You can go online and find a lot of them. They have different labels—R-22a, 22-A, HC-22a, CARE 40, and more—and their big advantage is that they’re cheaper than R-22, which has become really expensive because it’s being phased out.

The problems with R-22 substitutes

Their drawbacks far outweigh their benefits, however. The US Environmental Protection Agency this week issued a news release about the dangers of unapproved refrigerants. “EPA is aware of incidents that have occurred both overseas and in the U.S. where individuals have been injured as a result of the use of propane and other unapproved refrigerants in air conditioning systems.“

As if the threat of injury weren’t enough, propane and other R-22 subsititutes have more problems as well. The Lennox page on alternative refrigerants lists these additional pitfalls:

When I was searching for info on the subsitutes, I came across sellers of R-22A who promote their products by saying you don’t need a license to buy and use it. Are you kidding me? The last thing the HVAC industry needs is more unlicensed activity.

The Air Conditioning Contractors of America (ACCA) also came out with an article about R-22 substitutes and the EPA news release. “Hydrocarbon refrigerants pose a special hazard for HVAC contractors unaware of their presence in a system.”

That last bit is really the important issue. Propane, a hydrocarbon, is actually a good refrigerant that’s used in industry. What’s not good is when someone shows up to work on a system labeled as having R-22 but really filled with flammable hydrocarbons. That’s when incidents like the one in New Zealand can occur.

How low will we stoop?

R-22 is being phased out because of damage to the ozone layer in the stratosphere. It was the first replacement for the earlier freons, which were really bad and banned by the Montreal Protocol in 1987. (Read about the science here.) The phaseout of R-22 has been planned since the ’90s.

The first wave of skirting the phaseout of R-22 refrigerant was using a loophole that allowed manufacturers to deliver what came to be known as ‘dry-ship R-22 units.’ I wrote about this last year, shortly after I became aware of it.

Now, the use of flammable R-22 substitutes, claimed to be outside any licensing requirements, takes things to a new low. Not only are HVAC companies that do this skirting the law by using unapproved refrigerants, they’re also creating the potential for greater cost to their customers and causing injury or death to HVAC techs who work on those systems later.

Do you really want to take a chance with unapproved refrigerants?

Photo of propane tank by Barkaw from flickr.com, used under a Creative Commons license. Photo of unlicensed contractor sting by Meranda Watling of Angie’s List.