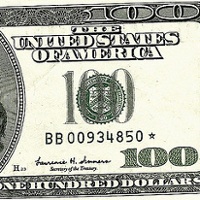 As it turns out, financial analysts, those other folks who like numbers, have figured out how to calculate the breakeven point. You can tell them a future value number, and they’ve got a formula you can use to calculate how much it’s worth in today’s dollars, the present value. They just need two other numbers to figure it out: the interest rate and the period of time involved.

What happens, though, if it’s not just a single payment that you get in one year? Let’s say you’re going to get $100 every year. Those crafty financial guys have that one figured out, too.

Cool! The only new variable here is A, which was called FV in the other formula. You’re summing up the annual payments for a given number of years, n, and finding the cumulative present value due to all those payments.

But what’s it good for?

The HERS Standards discuss present value (as well as another cost effectiveness measure called Savings Investment Ratio, or SIR) in chapter 3, the technical standard. This is because home energy ratings exist mainly because of the effort to give credit to buyers of energy efficient homes for the savings they realize. The HERS Standards (download pdf) are titled, Mortgage Industry National Home Energy Rating Systems Standards, after all.

This present value calculation is enormously important for the Energy Efficient Mortgage, which has many benefits. In fact, when you look at the numbers, it’s really baffling that these things aren’t being written in huge numbers every month. (You can download the slides from a webinar I did with Jason Payne of EEM Training in 2011 to learn much more about how they work and see a powerful case study.)

This equation tells you how much of your future money you can spend now without going in the hole. If the result is a positive number, the modeled improvements are deemed to be cost effective and can be included in the loan amount for an EEM (within the bounds of the EEM guidelines, of course). As long as your net present value is zero or positive, you’re at least breaking even.

If you’re like me, when lenders start talking, your eyes glaze over and they seem to be talking alienese. If they talk about present value, though, it’s really a pretty simple concept. An important one, too. If you’re looking to buy a home or refinance the home you’re in, you really ought to check out whether an EEM makes sense for you. It’s not that hard to have a positive net present value with older homes.

To learn more about present value and EEMs, download our webinar slides.

10 Things You Should Know about the Energy Efficient Mortgage

Why Is the Energy Improvement Mortgage So Lonely?

Photo by TheAlieness GiselaGiardino²³ from flickr.com, used under a Creative Commons license.