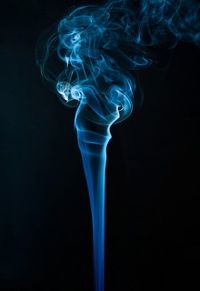 Ah, the meaning of the Second Law of Thermodynamics! I might as well ask, What is the meaning of life? It’s a fascinating question and one that we can approach from a lot of different angles. Since this is a blog about building science and not physics or philosophy, I won’t go far down that rabbit hole, but let’s at least put a little life into this dry concept that seems to be the end of the discussion in so many home energy rater and building analyst classes.

The Second Law came after the First Law, of course. (So did the Zeroth Law!) That one says that scientists, in all the many ways they’ve studied the flow and conversion of energy, have never found that any closed system ends up with more energy than it started with or less energy than it started with. You may know this law as the Law of Conservation of Energy: Energy can be neither created nor destroyed.

In the process of studying the flow and conversion of energy, scientists had to confront the fact that heat pretty much always flowed one way: from hot to cold. Yes, you can move heat from cold to hot with a heat pump, but you have to do work to make it happen. Even in that case, however, the process of picking up heat from cold outside air and then dumping it into warmer inside air involves the flow of heat from warmer to cooler bodies.

A lot of discussions of the Second Law explain it by using the concept of entropy. I think an easier way to grasp it is with statistical mechanics. Naturally, we need to heed the warning from David Goodstein’s book, States of Matter, which was my introduction to the subject:

Ludwig Boltzmann, who spent much of his life studying Statistical Mechanics, died in 1906, by his own hand. Paul Ehrenfest, carrying on the work, died similarly in 1933. Now it is our turn to study Statistical Mechanics. Perhaps it will be wise to approach the subject cautiously.

Well, OK, we’re not going to go nearly as deep as they did, so fear not, intrepid explorers.

One of the things that statistical mechanics attempts to understand is the likelihood that a system, say the air in your room, can be in any particular state. One state might be that all the air is clustered up in one corner of the room, leaving you gasping for air. That state, it turns out, is so unlikely that we can say with a high degree of confidence that it will never happen.

Did you buy a ticket for the big lottery jackpot last week? Your odds of winning that were maybe one in 200,000,000. I didn’t because I don’t like throwing away money. Those odds just don’t appeal to me.

When we’re talking about molecules rather than lottery tickets, the odds are way, way worse for that ‘jackpot’ that has all the air molecules in one corner of the room. First think of the number of particles involved. We’re talking Avogadro’s number here, or something on the order of 10 to the 23rd power. For the record, Avogadro’s number is:

When we start talking about all the possible states those molecules could be in, the numbers get crazy big. And the main result is that the odds for unusual states like all the molecules in one corner are miniscule. No, they’re smaller than miniscule. Take your odds of winning that lottery jackpot and divide by a million. Then do it again and again and again and…

In other words, it ain’t gonna happen.

Now, back to heat flowing from hot to cold, the same thing applies. Yes, heat from the room could flow into your cold coffee. It won’t, though, because the odds for states of matter like that are too low.

Another expression used in discussing this phenomenon is the Arrow of Time. If we run films backwards, a lot of what we see is funny because we know things can’t work that way. For example, the smoke in that photo at the top is diffusing throughout the air and becoming invisible. The state of those smoke molecules coming back together is so unlikely that we know if we see that happening, the film must be running backwards against the Arrow of Time.

Oscar Wilde nailed it when he said about Niagara Falls:

It would be more impressive if it flowed the other way.