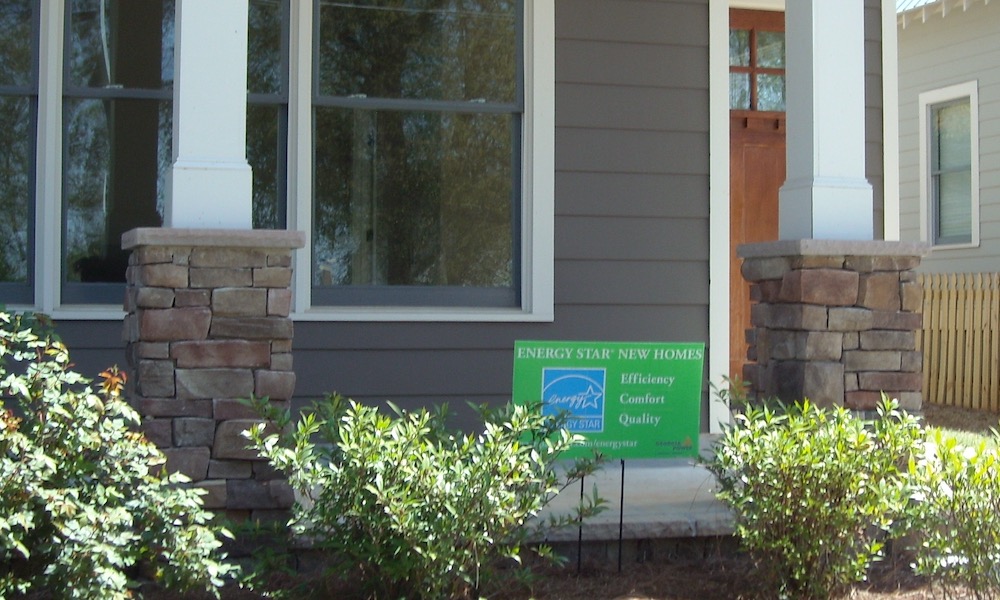 Let me tell you a little story about the day that Jeffrey went to test several Habitat for Humanity houses that are going for certification in the ENERGY STAR new homes program (the one in the photo here was not one of them). This was a couple of weeks ago, but I wrote down the numbers he told me because I think you may be somewhat surprised.

This isn’t an issue unique to Habitat, though. If you’ve done the kind of testing required for Version 3 of the ENERGY STAR program, you’ve likely seen similar numbers for the failures I’m about to describe.

The little hitch that snares

One of the requirements in ENERGY STAR V3 is that bath fans have to be able to exhaust at least 50 cubic feet per minute (cfm) of air. It’s got to be measured by a HERS rater as one step among many in the required commissioning process. Many builders going for ENERGY STAR have learned that fans rated at 50 cfm generally don’t cut it. This particular Habitat affiliate, as a result of early failures, made the decision to install fans rated at 110 cfm in all their homes.

Jeffrey tested 9 fans, all rated at 110 cfm. Want to guess how many passed on the first try? Well, the actual number was five. That’s right. Only five out of nine fans passed.

And even their results weren’t stellar. None of them even hit 100 cfm. One barely made it across the finish line with 51 cfm. The other four were between 51 and 85 cfm.

If you’re a builder, HERS rater, or HVAC contractor working on ENERGY STAR homes, what kind of failure rates are you seeing on bath fan exhaust flow rates?

The photo below shows Andrew Woodruff of Building Performance Engineering in Boone, NC using the exhaust fan flow meter from the Energy Conservatory. We use the same device, as do many HERS raters. You just hold it over the fan with the fan turned on and measure the pressure difference with a manometer. The range of exhaust flow rates it measures is from 10 to 124 cfm with an accuracy of ±10%. They’re quick, easy to use, much less expensive than a flow hood, and way lighter than a powered flow hood. How to pass on the first attempt

These Habitat builders have modified their processes to ensure they get their homes certified, but they’re still working on some of the details. Here’s the full solution: The photo above shows one that does almost all those things and should have no trouble passing the air flow test. It does have one little issue that may need to be corrected before the final inspection, though. They went to the larger duct, but it’s got a crimp where it goes across the first 2×4.

If you’re doing work on ENERGY STAR homes, it’s good to keep these things in mind. Jeffrey doesn’t like to go back out for reinspections, and your HERS rater probably doesn’t either.

Snakes in an Attic — The Ductopus’s Cousin Strangles Bath Fans