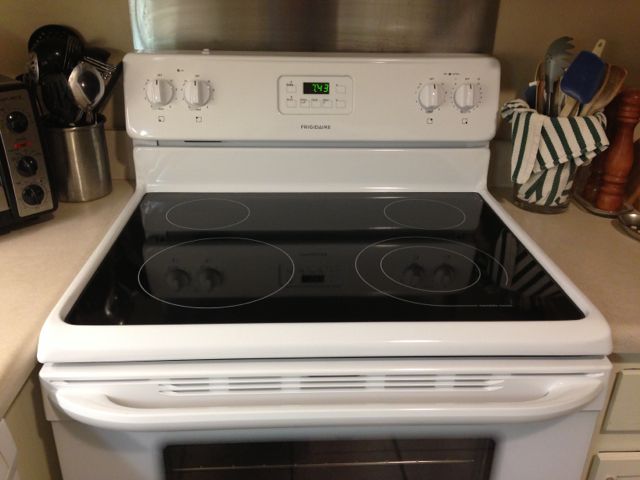 Today is Pi Day, named for that special number, 3.14159265358979323846264338327950288… The three dots at the end mean that I’ve exhausted my memory of the digits of pi, but pi doesn’t care. It just goes on and on. Anyway, Pi Day is a perfect day for a physics lesson because so many physics equations (and solutions) use that special number. And what better physics lesson for Pi Day than one about a device that cooks yummy things for us!

It seems like everywhere I go lately I hear about how if you want the best possible indoor air quality, you should use an induction cooktop. (Maybe if I stopped stalking Iain Walker, that wouldn’t happen so much.) Also, they’re about the most energy efficient way to cook. Alex Wilson, the green guru of Environmental Building News, just this week wrote an article about induction cooktops and why he chose one for his big renovation. He did a good job explaining the physics behind them, too, but I think I can add a bit to what he said…and even tie it in with some dancing, too!

Michael Faraday was the Steve Jobs of 19th century physics

Michael Faraday was born to a family that wasn’t well off. He pretty much taught himself everything he knew and got into the Royal Institution by impressing some folks, especially Sir Humphry Davy, with his smarts. Davy hired him as a secretary, promoted him to Chemical Assistant. But Faraday was not a gentleman, in the English sense, and had to serve as Davy’s valet on a tour of the continent.

In other words, Faraday did whatever he had to do to advance his ideas. And he had plenty of them. By the end of his career, he’d made more big discoveries in physics and chemistry than the great majority of scientists who have ever lived. He’s right up there with Newton and Einstein.

Every time you turn on a blender or a fan or your car, you can thank him for his law of electromagnetic induction, also known as Faraday’s Law. It’s so important that it’s one of the four equations that compose Maxwell’s Equations, which tell you pretty much everything you need to know about electromagnetism.

Induction means something is being induced. You know, like when you’re a kid and you get in trouble for setting that field on fire, and you explain to your mom, “But she† made me do it.” Except that in the case of electromagnetic induction, she really did. She, here, would be a changing magnetic field.

Take a magnet, especially a strong one like those little neodymium magnets, and wave it near a piece of copper. You’ll induce a voltage in the copper. The voltage will get the electrons moving. Another neat thing about electric current is that it creates its own magnetic field. So a changing magnetic field can create an electric current, which creates another magnetic field.

So, going back to the magnet and copper idea, if that copper happens to be in a tube shape, and the neodymium magnet drops down inside it, the current will create a magnetic field that puts north against north, south against south, and will act against gravity to slow down the magnet’s fall. Just like you see in this video:

Wow! Now that is cool! Lenz’s Law doesn’t really have much to do with induction cooktops, but hey, it’s Pi Day and we’re having fun with physics here. The fact that the changing magnetic field sets up those electric currents in the copper pipe is what’s important. An induction cooktop does the same thing. I just wouldn’t trust the opposing magnetic field to slow your pot down if it falls off the stove.

Here’s another cool video that gives you a bit more background on Faraday’s Law.

Back to the original topic now, induction cooktops. Under the ceramic top that you put the pots and pans on are electromagnets, coils of copper wire that produce magnetic fields when electric current runs through them (photo below). The key to Faraday’s Law is a changing magnetic field, and an alternating current does that for us nicely. As the alternating current through that coil sets up the changing magnetic field, the pots and pans on the cooktop feel an induced voltage and the electrons start moving. When you put the right kind of metal pan on the stove, the kind with good magnetic properties, the pan responds with electric currents. The electrical resistance in the metal pan then turns that energy into heat.

The pan gets hot. The cooktop doesn’t, except by conduction from the pan downward. So all the electrical energy that goes into the cooktop turns into heat in the pan itself. You get minimal heat loss and high energy efficiency.

Another way to think of it is that this induction thing is kinda like when one person starts dancing and then others are moved to join in.

† I use the feminine here not to make you think that I’m a woman but rather to inject some balance in my use of pronouns. If I wanted to make you think I were a woman I’d just tell you that my name is Allison, which it is, and that I’m in Who’s Who of American Women – The Millennium Edition, which I am. Also, I used ‘she’ to throw off you off and make you think it might have been my sister who made me do it when in fact it was my neighbor Bubba, who is not a woman. Well, he wasn’t a woman—or even a girl—back then anyway. I have no idea what twists and turns his life may have taken after that fateful day when the fire truck came to put out our fire.