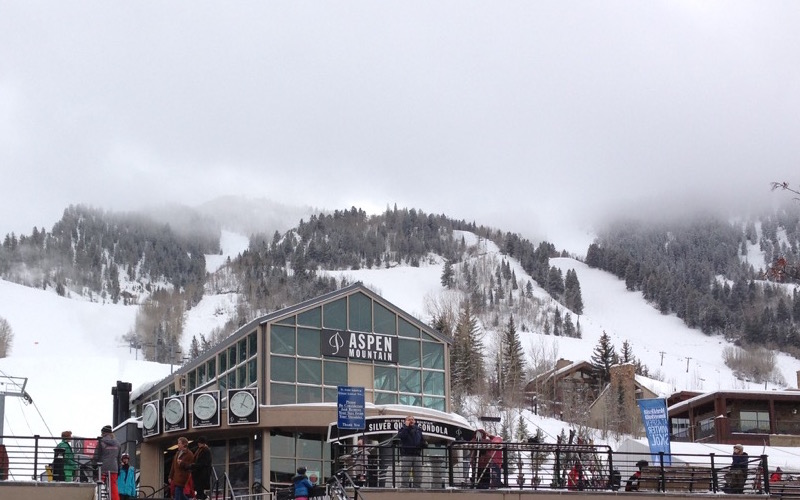 The city of Aspen, Colorado has bucked the trend. Well, actually two trends, but first things first. The 2015 International Energy Conservation Code (IECC) introduced another pathway for code compliance using what’s called the Energy Rating Index (ERI). Since the only thing that qualifies as an ERI right now is a HERS Index, RESNET and HERS raters have been pushing hard to get this into state and local codes. Several jurisdictions have already adopted it and some builders are using it. Aspen, however, just adopted the 2015 IECC but they threw out the ERI compliance pathway. That’s bucked trend number one. Bucked trend number two is the motivation for what they substituted in place of the ERI. Keep reading to find out what that motivation was.

Before jumping into the details of the new Aspen energy code, let’s do a quick review of the different ways you can get a new home to comply with the IECC. Also, in case I don’t make it clear in every instance, I’m writing only about the residential energy code, not commercial.

If you’re building a new house in a place that’s on one of the recent versions of the IECC, you have a choice of how you show your building department that you comply with the code. The 2015 IECC has three compliance pathways, as a matter of fact. They’re listed right at the beginning of the residential section of the code. To pass, you have to choose one of the three options below and meet all the requirements therein:

The first one has a sub-choice for you to make, too. When deciding on the building enclosure specifications for insulation and fenestration (windows and doors), you can go with the prescriptive values in the tables or you can do some tradeoffs using the UA alternative. In addition, there are requirements for mechanical systems, lights, and other energy-using parts of the building.

The second one is often referred to as the performance path. You have to model the home as it is built and compare the energy costs to the same home modeled with a set of design specifications given by the IECC in Tables R405.5.2(1) and R405.5.2(2).

The third one is the ERI. The only way to get an ERI right now is to do a home energy rating.

OK, now we’re ready to talk about what Aspen is doing.

That heading is your clue to the second trend that Aspen is bucking. If you talk to enough builders, code officials, and other stakeholders, you’ll find that a lot of people think codes are too complicated. Now, I agree with Albert Einstein on this subject: “Everything should be made as simple as possible, but not simpler.” The electrical code, naturally, has to have enough complexity to keep houses from burning down and people from getting electrocuted. Energy codes, however, certainly have room for simplification.

And that’s what Aspen has done. The way they chose to do that is something I’ve written about before. Their list of compliance pathways looks like this:

The only thing different is the last one. To the chagrin of HERS raters, Aspen dumped the ERI path. Don’t bring your HERS results to the Aspen building department because they won’t take them. Instead, they’ve created a truly simplified path. You don’t need a HERS rater. You don’t need to make sure you’ve got the proper R-values in the home. You just need to do three things. Make sure the building:

This compliance pathway in the code is so simple, in fact, I can put the whole thing right here. It’s only 189 words. Ready? Don’t blink.

Section R406.1 Equivalent building option. Dwellings that meet both of the following criteria shall be deemed in compliance with this chapter.

1. The ratio of the air conditioning capacity to conditioned space is less than or equal to 1 ton per 1000 square feet.

2. The ratio of the space heating system capacity to floor area of conditioned space is less than or equal to 32,000 Btu/h per 1000 square feet.

The distance from the hot water supply outlet to hot water pipe to the hot water entry to a room where hot water is used shall be no more than 10ft. This shall apply to the kitchens, bathrooms with showers or tub, and rooms with a clothes washer.

1. Lamps over 15 watts shall be CFL, LED, or have an efficacy not less than 90 lumens per watt.

2. At least 90% of the lamps or fixtures shall have an efficacy not less than 75 lumens per watt.

That’s it. All you have to do is meet the requirements in those three little sections and you’re in.

The part of most interest to me is the first one. (Hey, I’m more of an enclosure and mechanicals guy than a hot water or lighting guy.) That’s what I wrote about before when I posted the video of Chris Benedict and Henry Gifford and their one-act play on what they called the Perfect Energy Code.

Now, the trick to doing this kind of code is choosing the correct numbers. Aspen has an insignificant cooling load (says this guy who was born in Houston) so the part about installing a cooling system with a capacity no more than one ton (12,000 BTU/hr) per 1,000 square feet isn’t real important…for Aspen.

But the heating part is important. Their number is 32,000 BTU/hr for each 1,000 square feet of conditioned floor area. I asked Stephen Kanipe, head building official for the city of Aspen, how they arrived at that number. “We talked to mechanical engineers with a lot of experience in the area,” he said, “and this was the number they told us would be better than code but still achievable.”

Here’s a little background for you, too. This simplified alternative was proposed for the IECC itself during the recent deliberations for the 2018 version. I spoke to Craig Conner, who was involved in that proposal, and he told me that although it didn’t pass, it was well received. The main reason it didn’t pass was that they didn’t have the numbers fleshed out for the different climate zones. I think they’ll probably pick it up again for the 2021 code cycle.

Where will this go?

This is a big deal in the world of energy codes. It could change the direction things have been going and HERS raters don’t like it. Mark McLain, an architect and HERS rater in the Aspen area, protested the change as a relaxation of energy conservation codes. He wrote about it in his blog, where he also published the letter he sent to the Aspen city council.

I think Aspen’s onto something with their new code. I don’t agree that this is a relaxation of the code. If they did get the right number for heating capacity, it should be better than the prescriptive path. I’m sure it’s not perfect, but this is a good way to keep things simple and enforceable.

It’ll be interesting to see how many builders choose the Simplified Equivalent Compliance Alternative and what they do to meet it. They’ve got to get the enclosure right, though, to be able to heat their homes within that capacity limit of 32,000 BTU/hr per 1,000 square feet. And as a side benefit, they can save on the cost of strip heating to keep ice dams off the roof. If they truly get the enclosure right, they won’t need them. Substituting Solar Panels for Insulation in the Energy Code