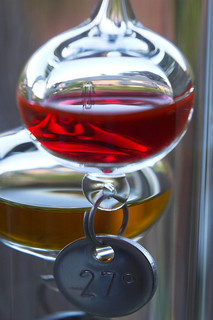 We’re making progress! With the all the emphasis on energy codes and energy efficiency programs like ENERGY STAR New Homes, more homes are getting Manual J heating and cooling load calculations these days. The intent is that the heating and cooling systems installed will be sized properly because oversized systems have problems (poor dehumidification, short cycling…). But just because an HVAC contractor does a Manual J, that’s not a guarantee that the system is sized properly.

One of the ways that many HVAC systems get oversized is by someone using the wrong design temperatures in the load calculation. Here’s the skinny:

The temperatures inside and outside your home are constantly changing. Sometimes the amount of heat your home loses or gains is low, and sometimes it’s high. Even over the course of a day, the loads change. For example, we might hit a low of 70° F at night in the summer and a high of 96° F, and all through the day, the loads keep changing. In defense of HVAC contractors

HVAC contractors don’t like to get called back because of comfort complaints, and oversizing solves many comfort complaints. Of course, HVAC contractors don’t have control over the building envelope and usually don’t know how much infiltration a house will have. Phil Mutz, one of the smart HVAC guys at Moncrief Heating & Air Conditioning in Atlanta, recently wrote about this issue:

Homes are rarely built as designed, meaning blocking/insulation/sealing almost always fall short of design. When the home is hot mid July months after a customer has moved in, the customer is calling and yelling at the HVAC guy… not the insulation guy.

With the testing and verification required in Georgia now, we should get a lot better at controlling some of these other issues for all homes. Programs like ENERGY STAR have required inspections, testing, and equipment sized to Manual loads for years now, so we do know this can work. As we get better data about the envelope, the loads in new homes will match the load calculations better, and HVAC contractors will stop being afraid to put in systems that they think are too small.

Still, anyone getting a new home or doing extensive remodeling should insist on accurate Manual J load calculations and equipment that matches the loads. If you’re a builder, homeowner, or HERS rater checking the Manual J reports, one of the first things you should look at are the outdoor design temperatures. The should match the 99% and 1% design temperatures from ASHRAE, which are also given in Table 1A in Manual J.

If the 1% summer design temperature is 91° F, as in Atlanta, a Manual J report showing that the load calculation was done with 97° F will result in an oversized air conditioner. Get your equipment sized for design loads, not extreme loads. Maybe it’s getting hotter in recent years, but it’s still best to use design temperatures based on 30-year averages — not the temperature it got to last summer for 3 hours.

Mr. Bean Proposes a Radical Change to Energy Codes The article above focuses on air temperatures, but mean radiant temperatures are critical, too. The first 3 articles here give some info about MRT.

Photo at top by Steve 2.0 from flickr.com, used under a Creative Commons license.