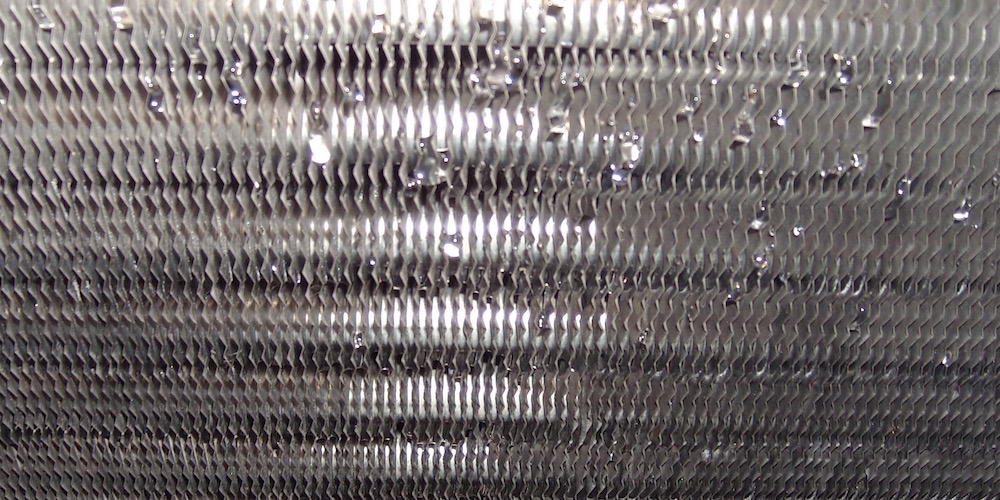 Every area of building science has its jargon.  And I’m not just talking about the acronyms, initials, and abbreviations that get thrown around casually.  I’ve been making a list of the most interesting, useful, or stupefying BS terms and giving short explanations in this new feature of the Energy Vanguard Blog:  Building Science Term of the Week.  Today’s BS term is “grains of water.”  Do you know what field of building science uses it?  (Yes, it is still used!)

First, the definition.  A grain of water is one seven thousandth of a pound.  An easier way to say that is that it takes 7,000 grains of water to make one pound.  Why, you’re probably asking, is the mass* of water measured in something called grains?  Because it’s just a unit that applies to anything that has mass.

According to Wikipedia, “It is nominally based upon the mass of a single ideal seed of a cereal.”  The average weight of grains of wheat and barley formed the basis of the Western world’s way of measuring weight until the Renaissance.  If you’d like to know more about this history, you can find it on Wikipedia’s page on the grain as a unit of weight.

The reason this term interests us in the world of building science is because it’s used, at least here in the US and our antiquated system of units, in psychrometrics.  The psychrometric chart (below) was once a standard tool used by HVAC designers to understand the properties of moist air.  Now most people do the actual calculations with the aid of computers or smartphone apps, so the chart has become more of an educational tool.

You may be thinking this is pretty dry stuff and are wondering if there’s anything of interest here, and yes, there is.  The main part of the building science world that uses grains as a unit is the dehumidification crowd.  When you dehumidify air, you remove water vapor from it.  As a result, the weight of water in the air will decrease.

Now that you’ve got another building science term of the week under your belt and know all about grains, you may want to go further.  You may be ready to jump from a small fraction of a pound and all the way to tons.

* You may recall from a physics class that weight and mass are two different quantities.  Mass doesn’t change when you move an object to different places, but weight can change because it depends on the strength of the gravitational force.  The pound is a unit of weight, so it gets a bit confusing here.  Whether we define the grain in terms of pounds, grams, or slugs, just remember that the grain is strictly defined as a unit of mass.  (Hat tip to Bob Hale for correcting me on this.)