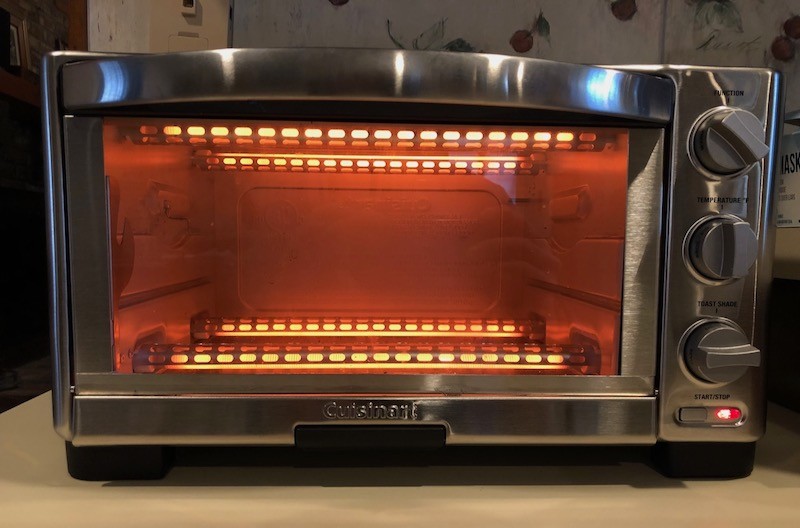 Sometimes companies that make products stretch the truth, embellish features, or rely on their potential customers’ ignorance of how things work.  Shocking, I know.  The world of electric heating has such companies.  But if you’re looking for a device that will provide electric space heating for your house, it’s actually pretty simple to figure out the truth.

2 methods to convert electricity to heat

Electricity is a marvelously versatile way to move energy from one place to another.  One of the most important things to understand about it, though, is that it’s not an energy source or fuel, like natural gas.  It’s an energy carrier, whose source is the heat of burning coal, the motion of water rushing through a hydroelectric turbine, the movement of electrons and holes in semiconductor photovoltaics, or some other energy conversion process.  At the other end of the electrical system, electricity gets converted again, this time into heat, light, or some other form of energy in our homes and workplaces.

We have two primary methods to use electricity to provide space heating:  electric resistance or heat pumps.  Let’s look at them separately.

Electric resistance heating.  Also called Joule heating or ohmic heating, it simply wrings the energy out of the electricity and turns it into heat directly.  For every one unit of electricity, you get one unit of heat.  Starting with Count Rumford’s experiments showing that mechanical energy and heat are equivalent, scientists have shown that all forms of energy can be converted from one to another.  (Rumford, despite the title, was an American who deserted his country and his wife to fight on the losing side of the American Revolution.)

And that’s where the law of conservation of energy comes in.  To convert energy from one form to another, you have to end up with the same amount of energy you started with.  Looking at the conversion factor for the units of electrical energy (in kilowatt-hours, kWh), we see that the amount of electrical energy that can be converted to heat (in British Thermal Units, BTU) is: An electric resistance space heater will deliver 3,412 BTU of heat for each kilowatt-hour of electricity used.  The same is true of an electric furnace, a toaster oven (photo above), and a standard electric water heater.  But there is a way to convert electricity to heat at better than a one-to-one ratio.

Heat pump.  If you take that same electricity and put it into a heat pump, you can deliver more than 3,412 BTUs for each kilowatt-hour of electricity you use.  The reason is that you’re not doing a simple conversion from one form to another.   You’re using the electricity to do work.  It runs a compressor that moves refrigerant through a system that transfers heat from a cooler place to a warmer place.  And it can move three or four or five times as many BTUs/kWh as electric resistance gives you.  My Mitsubishi heat pump has a rated efficiency of about four-to-one, so it can send about 14,000 BTUs of heat into my house for each kilowatt-hour of electricity I use.

(In case you’re wondering, another method of heating deserves mention here, too:  the induction cooktop.  It’s not electric resistance and not a heat pump, but it does essentially the same thing as electric resistance.  It uses the energy in electricity to create heat in the cookware, so, like resistance heat, it’s 100% efficient at converting electricity to heat.  It’s just better at putting the heat exactly where it’s needed.)

A 1,500 watt electric space heater provides 5,119 BTUs per hour (1.5 kW x 3,412 BTU/kWh).  But that doesn’t stop companies from putting them in fancy packaging and using confusing language to make people believe they’re getting something “miraculous.”  Take the Amish fireplace, for example.  It’s just a 1,500 watt space heater with an Amish-made mantel. If you need something bigger, there’s the electric furnace.  Common in places like Florida that don’t have much of a winter, these devices again use electric resistance heating.  It’s 100% efficient, as is the simple space heater and Amish fireplace.

Here are some things to look out for when evaluating efficiency claims for electric heating systems.

1. Misleading comparisons.  Newspaper ads for the Amish fireplace compared it to a coffee maker.  That’s just another form of electric resistance heating, with the same 100% efficiency.  Interestingly, they said it uses less energy than a coffeemaker, but the current specs for a Mr. Coffee rate it at 900 watts, significantly less than the 1,500 watts of the Amish fireplace.

One that I came across recently is the Cocoon Thermasi electric furnace.  Although they do a good job of camouflaging it, the source of the heat seems to electric resistance,  That makes it 100% efficient in converting electricity to heat, just like any other furnace.  They claim, however, that it “uses up to 41% less energy than a traditional electric furnace.”  More on that in a bit.  The most important thing to note, though, is that they’re comparing their product to electric furnaces, not heat pumps.

Another way to mislead by comparison is to use the old apples-and-oranges trick.  An electric furnace is 100% efficient, whereas a gas furnace may be only 80% efficient.  But you can’t compare the direct burning of a fuel onsite to heating with electricity brought in from a power plant.  Coal-burning power plants, which still provide much of our electricity in North America, are only about 35% efficient.  So there’s an efficiency multiplier effect here that makes a 100% efficient electric furnace only about 35% efficient when you consider the source.

2. Using technical terms without much explanation.  The Cocoon Thermasi electric furnace does this well.  Thermal mass, control algorithms, controllable infrared heat spectrum… It’s easy to use this type of language to fool people who don’t have science or engineering backgrounds.  It sounds impressive, right?  Once you understand that there are really only two ways to heat a house—electric resistance and heat pumps—you can cut through the nonsense.  Which category does it belong in?  In this case, it’s electric resistance:  3,412 BTU/kWh.  It’s not a heat pump, which can be 10,000 BTU/kWh or greater.

3. Muddying the waters between total energy use and rate of energy use.  Energy and power have led to a lot of confusion.  Energy, measured in kilowatt-hours, is what you pay for when you get your electric bill.  Power, measured in watts or kilowatts, is the rate at which you use that energy.  A 1,500 watt space heater might well use less energy than a 15 watt LED light bulb over the course of a month.  It depends on how much time each operates.  If you use the space heater for one hour and the light bulb for 200 hours, yes, the space heater uses less energy:  1,500 watt-hours vs. 3,000 watt-hours. (This is a doubly-clever trick because it also uses method #1 by throwing in a misleading comparison.)

Alternatively, a product could use more energy and claim to be more efficient by using less power.  All you need is to find an appliance that cycles on and off when it’s heating.  By reducing the amount of time a product is off, you can use less power for a longer time, and then point to the power use, not energy consumption, to claim higher efficiency.

Although the Cocoon Thermasi electric furnace descriptions are spare on details, I believe this is what that product  does.  Thermal mass, once it’s heated up, allows you to use less power because you can draw out some of the stored heat when there’s a call for heat.  The UL page “verifying” the manufacturer’s claim, also spare on details, indicates that their test was based on power:  “The power usage results for equal air flow and heat rise were compared among the three units.”

Once you understand that all-electric heating uses one of the two methods above—electric resistance or heat pump—it’s a lot easier to sort through efficiency claims.  If it’s electric resistance, you’re not going to get more than 3,412 BTU/kWh.  Period.  If it’s a heat pump, the same electricity can move 10,000 or more BTU/kWh.  That’s why Georgia, my home state, banned electric furnaces used as primary heat sources a decade ago.

As I mentioned at the outset, electricity is a great energy carrier.  It keeps getting cleaner every year, and it’s the key to getting away from fossil fuels.  It’s also the best way to do zero energy homes, which is my goal for the home I live in and the reason I got rid of my gas meter.

But we have to be smart about how we use electricity, which means using electric resistance heat only in places where it makes sense.  We’re never going to have a heat pump toaster or blow dryer, but for space heating, water heating, and even clothes dryers now, heat pumps are the way to go.