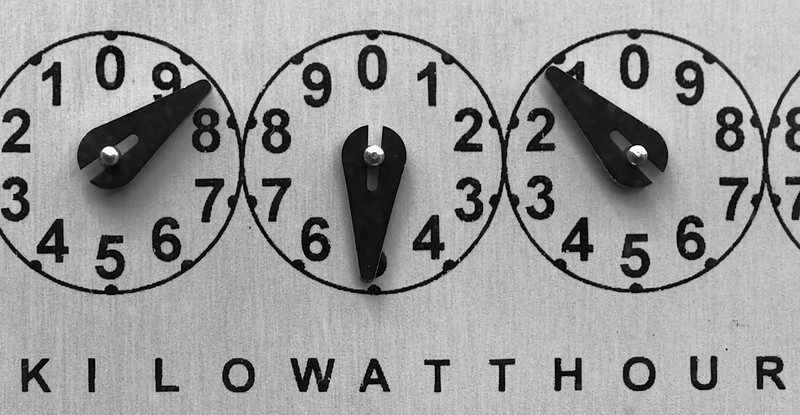 James Watt was a great scientist and engineer, known mainly for his work on the steam engine.  Actually, that’s not true.  What he’s really known for is confusing a great many people who deal with energy.  But C. Wilhelm Siemens is to blame for that.  I’m getting ahead of myself, though, so let’s start at the beginning.

Energy is an endlessly fascinating subject that reaches into every part of our lives…and beyond.  Because it’s an abstract physical quantity, it took scientists centuries to get a good understanding of it.  Here are the main points.

As stated above, energy is energy, no matter what form it takes.  For our purposes here, I want to focus mostly on electrical energy.

Energy is a quantity associated with a certain amount of work.  If you’re going to lift a hundred pound weight, for example, the energy you need to do so depends only on that weight and the height to which you lift it.  You could lift it in one second or one day, and it still takes the same amount of energy.

But something is definitely different when you lift it faster.  And that’s where power comes in.  To use energy (or do work) faster, you need more power.  Power is the time rate of change  of energy.

The confusing unit of power

Let’s call one unit of energy a joule (J).  That’s what most of the world does after all.  This unit is named after James Prescott Joule, who did groundbreaking work on this subject.  A joule is a tiny unit of energy.  It takes over 4,000 of them to equal one calorie of food energy.  (What we call a calorie, though, is actually a kilocalorie.)

For an electrical example, turn on a lamp with a 3-way bulb.  On low, it uses energy.  On medium, it uses more energy and provides more light.  On high, it’s the brightest and uses the most energy.

Light bulbs, however, aren’t rated in joules for energy use.  They’re rated in watts, the unit of power.  Wait, watt?!

Yes, really.  If you’re wondering how a time rate of change (power) doesn’t have a per second or per hour or some other such per unit of time, well, now you know the problem.  A watt, thanks to  Herr C. Wilhelm Siemens, is defined as a joule per second.  So, the time unit is in there, but it’s hiding.

The relation between energy and power is simple.  Since power is the time rate of change of energy, we can write it like this:

If you measure the amount of energy used in an hour, for example, and divide by one hour, that would give you the average power for that hour.  Let’s say you use 3,600 J in an hour.  The average power would be 3,600 J per hour.   To put it in the confusing unit of the watt, we’d need to convert to seconds for our time unit.  And guess what!  It turns out there are 3,600 seconds in an hour.  Here’s how I like to do the unit conversion:

When you set it up this way, you can see that the hour cancels out, leaving J/s, which is equal to the watt.

Going the other direction, we can find the amount of energy used if know the power and how long the device operates.

So if your three-way lamp operates on high at 20 W and you leave it on for 6 hours, you just multiply to find out how much energy you’ve used.  In this case, 20 W times 6 hours gives you 120 watt-hours (Wh).  Since the electric utility charges for kilowatt-hours (kWh), let’s convert.  As before, we want to cancel out one unit, the watt in this case, and replace it with kilowatts.

That’s not so hard, is it?  Unfortunately, a lot of people have trouble with this unit, the watt, because it hides the time unit.  One of the most common mistakes is that people want to add a time unit to make it look like a rate.  I saw a video recently that threw out a number in watts per hour.  What they really meant was watts.

The watt-minute isn’t the unit we want to use, though, so let’s convert it to kilowatt-hours.  I’ll do it in two steps, first going from watt-minutes to watt-hours.  Again, we set up the conversion factor (1 hr = 60 min) as a fraction so the minutes cancel out.  That means the 60 minutes goes in the denominator.

Now, the last step is easy and you can probably do it in your head by just moving the decimal.  But let’s do the whole thing.

If Herr Siemens had never proposed using the watt as a substitute for joules per second, there’d be a lot less confusion about this.  But that’s not the world we live in.  That means we have to remember that anytime we see units with watts, there’s a hidden time unit within.

Units of watts per hour is an important unit in some cases, but it’s not energy.  It tells you have fast the power is changing.  A power plant operator would care about that when they have to make decisions about whether or not to bring on extra capacity as the amount of power being drawn from their grid increases.  (See my article about the duck curve.)

In home energy use, though, the units we deal with are watts (or its multiples or fractions, as noted by prefixes) and watt-hours (also modified by prefixes).

Photo of electric meter closeup by theilr from flickr.com, used under a Creative Commons license.