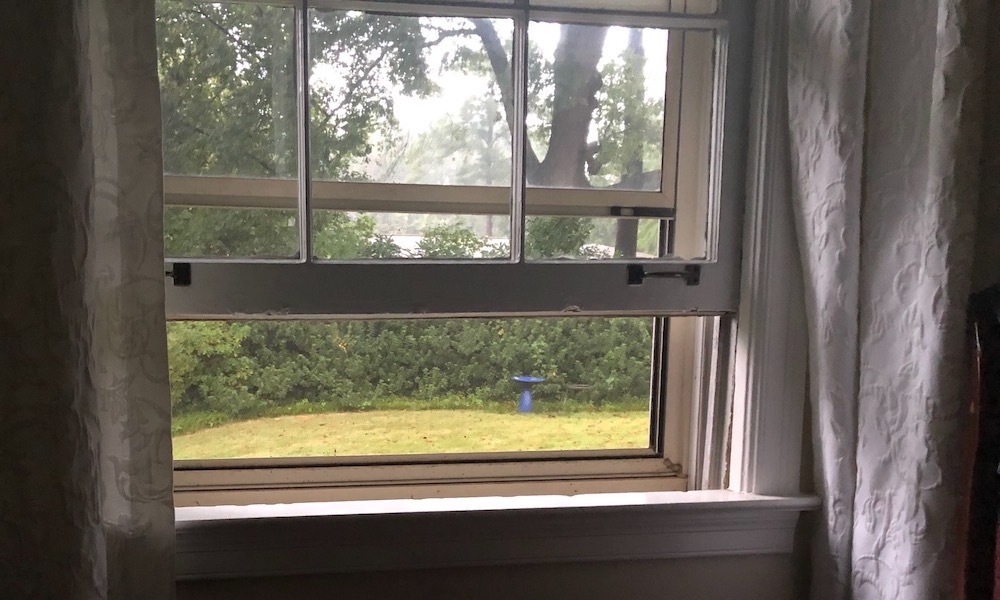 Relative humidity is such a confusing way to talk about moisture in the air.  I’ve been hammering on this point for a decade in this blog, covering it in several different ways.  (See the related articles below for more.)  But here’s an angle that I haven’t covered before.  The weather is cooling off here in Georgia, so we don’t have to run our air conditioners all the time now.  We still have humid days, though, so many people have the question:  When is the humidity low enough to open the windows?

I opened the windows to 90% relative humidity

It’s humid and warm here now, but a week ago we had some nice cool weather.  Low temperatures in the low to mid 50s Fahrenheit (10-13° C), highs in the 70s Fahrenheit (25ish Celsius), and sunny.  Gorgeous fall weather!  About a week ago I opened one of my basement windows and put a fan in it to blow outdoor air into my house.  And the outdoor relative humidity at the time was about 90%.

Opening the windows means letting outdoor air into your house.  In a humid climate, you don’t want to do that when the outdoor air is more humid than indoor air, right?  But the trap many people fall into is looking only at the relative humidity.  They see the outdoor relative humidity at 70% and say, “Oh, I should keep the house closed up now because that’s too humid.”

And that’s wrong!  Well, it might happen to be right accidentally, but you can’t look at the relative humidity by itself.  You also need to know what the indoor and outdoor temperatures are.  But there’s an even better number to look at, and fortunately, weather apps show this number.  It’s the dew point.

To decide whether it’s OK to open the windows or not, the dew point is a much better metric because it tells you which air has a higher concentration of water vapor.  Let’s look at the example of when I opened the windows last week.  Here were the conditions:

It looks like the outdoor air is more humid.  90% is much higher than 64%, right?  Nope.  The temperatures are different, so you have to account for that. The dew point tells the truth here.

By bringing in outdoor at 90% relative humidity, I actually dried out the air in my house.  When the outdoor air entered and mixed with indoor air, it warmed up.  I watched the relative humidity on my indoor data logger drop from 64% down into the 50s in just a short while with the fan running.

What Is the Relative Humidity When It’s Raining?