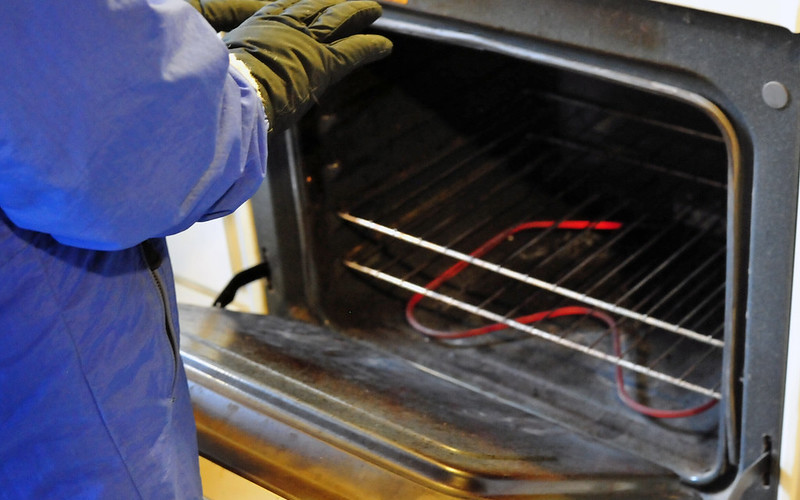 What happened in Texas this winter has a lot of people thinking about our dependence on electricity and what happens when the power goes out in extreme weather.  Recently I wrote about Gary Nelson’s house in Minneapolis that’s heated by a heat pump with no auxiliary heat.  That spurred this comment from reader Rich Lovoie:

Heat pumps are great, I have 2 in my house, I use them to avoid using my oil heating system in mild weather. However, as an HVAC contractor, I also know how sophisticated heat pumps can be, and how unskilled most HVAC techs are. This is particularly true when it comes to “ductless” type heat pumps as they are the most complex to troubleshoot. Imagine a failure of your super efficient HP at -27 degrees, you think an HVAC tech is going stand in the cold, wind, snow, dark, and figure it out?

Should we be afraid of relying on heat pumps in our homes?  Let’s take a look at the solutions.

Resilience begins with the building enclosure

If you live in a place that can get perilously cold—and we know now that includes places like Texas—a house that holds onto its heat should be your first defense.  That means airtightness, insulation, good windows, and little to no duct losses.   Gary Nelson’s home is extremely airtight at 1  air change per hour at 50 Pascals.  His walls are insulated to R-30 to  R-40, the ceiling is R-50, and the windows are triple-pane, argon-filled, with low-e coatings on three surfaces.

Gary told me, “In an extended power outage the high performance envelope would probably make it pretty easy to live in the house for at least a couple days and I think would prevent the pipes from ever freezing.”  He also found that the basement stayed warmer than the upstairs, so he could always close the basement door and stay down there longer.  And the warmer and sunnier it is outdoors during the power outage, the longer he can stay in the house.  That’s resilience!

Lloyd Alter at Treehugger wrote an excellent article on this topic after the Texas disaster.  Titled Why Every Home Should Be a Thermal Battery, one important point he mentioned was Alex Wilson’s writing on resilience ten years ago.  Wilson made the connection between resilience and the energy efficiency we’ve been promoting for decades.  The most important thing we can do is to transform our builds so they can “maintain livable conditions in the event of extended power outages or interruptions in heating fuel.”  And the best way to do that is with robust building enclosures that are airtight and have high insulation levels.  You know, like Passive House.

Alter also covered an interesting phenomenon that occurred during the Texas power outage.  Mark Siddall, an architect in the UK, started what became hashtagged on Twitter as the #PassivhausChallenge, a period during which Passive House occupants voluntarily turned off their heat pumps and monitored the temperature inside their homes to see just how resilient they were.  Alter’s article was written in the middle of the challenge, and most of the examples he included were for homes where the outdoor temperatures were above freezing.  Here’s a  nice below-freezing result I found in the #PassivhausChallenge search results:

#PassivhausChallenge heats been off since Feb 11th, temp no lower than 62f inside, 10f outside

Resilience starts with the building enclosure and makes living with heat pumps in cold climates much easier.  But that doesn’t mean they can’t be used in anything but a super-airtight, super-insulated house.

What happens when the heat pump stops pumping heat?

Lovoie, an HVAC contractor, naturally worries about having to make a service call in extreme weather.  In Nelson’s case, he wouldn’t need someone to service the system immediately.  As previously mentioned, his house would remain livable for at least a couple of days without any heat.  If he still had electricity, the four 1,500 watt space heaters would cover more than his design heating load, if he wanted to heat the whole house.  And he’s always got the electric oven!

I live in an all-electric, not super-airtight, not super-insulated home.  We had the gas meter removed in November 2019 after I installed a Mitsubishi mini-split heat pump with two ducted air handlers.   With a winter design temperature of 23° F, Atlanta does get cold sometimes, although we were spared the storm that tanked Texas in February.  Like Gary Nelson, I also have no auxiliary heat in my system.  What would I do if the heat pump stopped working during a cold spell?

After installing the heat pump that heats most of our main floor, I had a ductless unit installed in the sunroom.  If the main unit stopped working, we could always close the doors and hang out in the sunroom to stay warm until the other heat pump got repaired.  This kind of redundancy serves as a good backup.  And it’s another reason to install one-to-one mini-split heat pumps instead of multiple indoor units running on one outdoor unit.

Speaking of one-to-one mini-splits, at the time I got our main heat pump, Mitsubishi didn’t yet have outdoor units with Hyper-Heat for one-to-one setups .  Now they do, so maybe someday when I have some extra money, I’ll replace the one outdoor unit with two.  That would help with the view from the windows in that basement bedroom, too.  (See photo above.)

The answer:  resilience and redundancy

Ideally, every home would be resilient enough to get through extreme weather events, survive equipment failures, and get through power outages.  That starts with the building enclosure.  Seal it up.  Insulate it as much as you can.  And don’t forget ventilation!

Beyond the building enclosure, think through your heating and cooling sources.  Auxiliary heat doesn’t have to be built into the heating system.  Gary Nelson proved that.  Multiple heat pumps can help with mechanical failure of one.  And one-to-one mini-splits rather than multi-splits provide a safety factor, too.

We really do have the know-how and the technology to make all-electric homes work, even in cold climates.  We can get fossil fuels out of homes now.

Can a Heat Pump Work in Minnesota?

The 3 Types of Heat From Heat Pumps

Photo of heating with oven by State Farm from flickr.com, used under a Creative Commons license