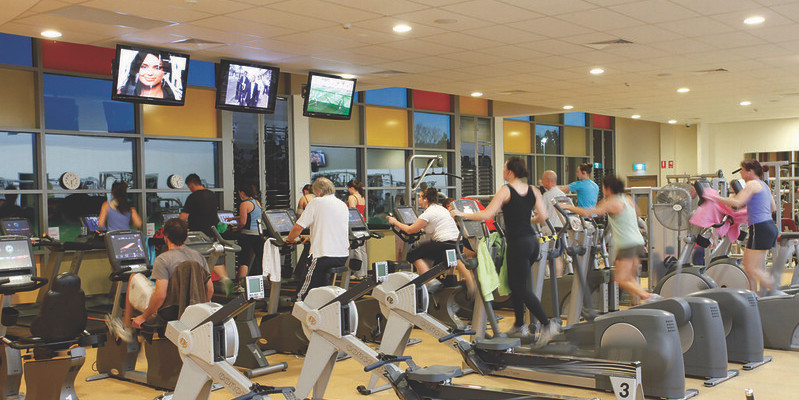 The two kinds of people in the world are those who can extrapolate from incomplete data.  Regarding how COVID-19 spreads, the data are becoming more and more complete now.  And the facts and analysis all point to this deadly virus spreading through particles that float in the air for hours.  Technically, these are called aerosols, particles smaller and lighter than droplets.

Is it safe to go to the gym or the dentist?

I haven’t been to the gym or the dentist in over a year now.  They’re both open and many other people are still going to those places.  If you believe you’re safe as long as you’re six feet away from others, you may be among those who spend time in indoor environments with other strangers breathing the same air as you.  The odds are that you did that and didn’t contract COVID-19.  If so, it’s mainly because you were lucky.

I’ve watched the video my gym put out to reassure people that exercising in their facility is safe.  It shows people on the elliptical machines and treadmills, huffing and puffing with no masks on.  But, hey, they’re at least six feet apart.  The video discussed the temperature checks and entry requirements, how everyone must wear a mask in the lobby and halls, and the steps they’ve taken to disinfect everything.  One thing that video did not say anything about, however, is any steps they’ve taken to clean the air with ventilation and filtration.

Imagine one person in the gym who has COVID-19 but doesn’t know it yet.  They get on the treadmill and run for 30 minutes, expelling into the air a lot of virus-laden particles.  If it were just a matter of droplet and surface transmission, you’d probably be safe as long as you weren’t within a meter or two and didn’t touch anything their droplets fell onto.

But COVID-19 is airborne, so some of those virus-laden particles float around the air in the gym for a long time.  You could be on the other side of the room and still get sick.  Or maybe the ventilation and filtration in that space are good enough to keep the virus count of the air you breathe low enough for safety.  Do you feel lucky?

Thinking about that, as I said, has kept me from going to the dentist as well.  Yes, the dental hygienist and dentist will be masked up and everything disinfected.  But I’ll be lying in that chair for a while with my mouth open while another patient is in the room next door also lying in the chair with their mouth open.  Would I be lucky enough to be there when no infected person is there?  Probably.  And maybe they have a ventilation and filtration system up to the task.  But I haven’t wanted to take that risk.

The evidence for airborne transmission of COVID-19 has been growing for a year now.  The aerosol scientists, epidemiologists, and indoor air quality researchers I follow on Twitter and LinkedIn have been unequivocal about this for a long time.  The main health organizations, WHO and CDC, have been slow put out the warning, though.  Finally, they seem to be changing course.

ASHRAE, on the contrary, has done a good job of stressing the importance of good indoor air quality.  Here’s their current statement:

Airborne transmission of SARS-CoV-2 is significant and should be controlled. Changes to building operations, including the operation of heating, ventilating, and air-conditioning systems, can reduce airborne exposures.

Professor Bill Bahnfleth last year wrote an article about airborne transmission in a restaurant in China, based on a scientific paper (in preprint at the time but now peer-reviewed).  The authors of the paper concluded, “Aerosol transmission of SARS-CoV-2 due to poor ventilation may explain the community spread of COVID-19.”

The CDC has finally come around and now says:

There is evidence that under certain conditions, people with COVID-19 seem to have infected others who were more than 6 feet away. These transmissions occurred within enclosed spaces that had inadequate ventilation. Sometimes the infected person was breathing heavily, for example while singing or exercising.

What about the relative risk of transmission via aerosols versus transmission via droplets?  Dr. Joseph Allen, professor in the Harvard Chan School of Public Health, recently published a paper in the Proceedings of the National Academy of Sciences  estimating the split at 85% aerosol, 15% droplet.  (See chart above.)

How to avoid getting COVID-19

As mentioned above, ventilation and filtration are critical to keeping the concentration of any virus-laden particles low.  But the other  guidance available from the CDC and ASHRAE are also valuable.  Wear a mask anytime you’re in an indoor public space.  Limit the number of visitors to your home, and wear a mask as much as possible when you do have guests.  Keep your distance from people.  Wash your hands.  And keep the indoor relative humidity between 40% and 60%.

Things we’ve been doing that aren’t as important as first thought:  Disinfecting everything, installing plexiglass, and all the other types of “hygiene theater.”  Surface transmission can happen but it’s rare.

And then there’s the stuff some people are doing that can be downright bad for health.  Not all air-cleaning devices are safe.  Stick with mechanical filtration and ventilation.  I’ll have an article next week about this topic, particularly regarding ionization devices.  If you want to learn why you shouldn’t get that electronic air cleaner you’ve been thinking about, read this letter by Dr. Marwa Zaatari and Dr. Marcel Harmon.

The data on airborne transmission of COVID-19 are now complete enough that even if you’re the second kind of person I talked about in the first sentence, you should exercise caution about breathing indoor air.  Otherwise, at some point your luck may run out.

Photo of people in gym by UNE Photos from flickr.com, used under a Creative Commons license.