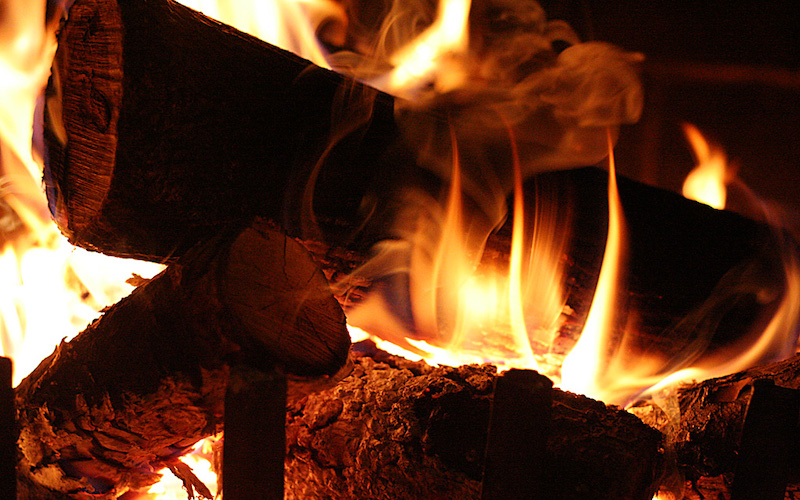 I love to ask people here in Atlanta and other parts of the Southeast if they think it costs them more to heat their home or to cool their home. The answer I get is almost always the same – “Well, I live in the South, so of course I spend more on cooling.” But is that correct?

Atlanta has the nickname ‘Hotlanta,’ so you might think that indicates we spend more on cooling than heating. I actually get a chuckle out of hearing people talk about how hot and humid Atlanta summers are, though, because I grew up in Houston and south Louisiana and later spent nine years living in Florida. I find the summers here quite pleasant. (Yes, this summer was warmer than usual, but in the 10 years I’ve been here, I’ve enjoyed the relatively mild summers we have.)

The truth, however, is that we spend more on heating than on cooling, sometimes a lot more. The pie chart below shows the energy costs for an old, mostly uninsulated house with a low-efficiency furnace. (These data come from energy modeling in a home energy rating. I don’t have the actual energy bills for this home.) What about a high performance home, though? It should be better, right? Here’s the pie chart for a new ENERGY STAR home under construction now. Yes, it’s definitely better, but these homeowners will stay pay about twice as much for heating as they do for cooling. (Notice also that in a high performance home the lights and appliances become the dominant part of the energy costs because the building envelope and HVAC equipment are so much more efficient. Also, in case you’re wondering why the ENERGY STAR home has a total annual energy bill that’s about the same as the energy hog home, the former is about three times the size, which goes back to my point about energy efficiency versus energy conservation.)

If you want to know what’s the best way to cut your energy bills, the first thing you need to do is find out what you’re spending the most on and go after that. You can analyze your own energy bills to determine if you spend more on heating or cooling, or you can get a home energy rating to get more detail about where your energy dollars are going.

So, back to the original question of whether you’re spending more on heating or on cooling, the majority of people in the US spend more on heating. Unless you live in Florida, along the Gulf coast, or in the desert, you’re probably among the majority. In fact, the US as a whole uses about four times more energy for heating than for cooling (source: US Energy Information Administration).