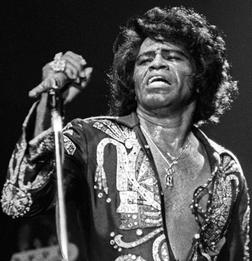 First, let’s get right to James Brown. Evidently, there’s a video of him doing a blower door test back in the mid-1980s. I heard about it from Gary Nelson and Dennis Creech the other night. The ‘hardest working man in show business’ was the ‘Godfather of blower doors’ for a brief period as part of some community service he was required to do. It seems that legal restrictions have kept it under wraps all these years, but apparently one person out west has been showing it publicly. I hope we get to see it soon.

Gary Nelson. I already wrote about the news that Gary Nelson gave me about The Energy Conservatory’s new wifi device. (Retrotec has one available already, which I found out from Colin Genge this week. I haven’t found it on their website yet, though.) I also had a nice chat with him about how he got into the world of building science and blower doors. Like me, he’s got a physics background, but he’s been in this field since the ’70s. He’s one of the heroes of our industry, and I’ll write more about him and his work in a future article.

RESNET, ACCA, and IAQA. One thing that was new this year was that the RESNET conference was combined with the conferences of the Air Conditioning Contractors of America (ACCA) and the Indoor Air Quality Association (IAQA). It was great! The early numbers I heard indicated that RESNET had about 1000 attendees, and the other two totaled about 800. The trade show seemed to be about twice as big, and the combination worked very well. Let’s do it again! John Krigger. Earlier this year I wrote about the debate between John Krigger and Paul Raymer over mechanical ventilation for homes (ASHRAE 62.2). I got a chance to talk with John at the conference (Where were you, Paul?), and he’s got some interesting ideas to help the home performance industry. In short, he thinks we need to use actuarial data as a guide to setting priorities, especially when it comes to the health and safety issues.

BPI getting kicked to the curb. I just found out yesterday that ACCA and 12 other organizations have written a letter to the American National Standards Institute (ANSI) requesting that they revoke BPI’s status as a Standards Development Organization. Whoa! This is big news. Could it be that HVAC contractors, who have ignored building science and home performance for a long time, are envious that another organization has the chutzpah to do what they haven’t? There’s a lot to this, so I’ll do some investigating and write more later.

A cooling dehumidifier. At the trade show I found that there’s finally a dehumidifier that dumps the heat outside the house instead of inside. Designed for hot-humid climates, the Ultra-Aire SD12 made by Therma-Stor is basically a split system air conditioner with a lot of latent capacity.

Energy Avenger vs. Batman. Yes, this really happened! The Energy Avenger won. (Some other character calling himself the Cannibal is making noise out in the bushes but hasn’t shown his face publicly yet, preferring to post videos on RESNET’s Facebook page. Maybe next year he’ll join the fun, too.) Kristof Irwin is a great friend of mine who owns Positive Energy, a rating, building science, and HVAC design business in Austin, Texas. He was one of the people I shared a condo with this week in Orlando, and yesterday morning he described the RESNET conference perfectly. He said that he could hardly take in the trade show because he spent so much time talking to friends, old and new. “We’re like a bunch of labradors wagging our tails,” he said. I felt the same way.

Later I mentioned that to another RESNETer, and he said, “Yeah, but we have a few pitbulls, too.” Touché. Still, overall it’s a wonderfull conference with a really good vibe.