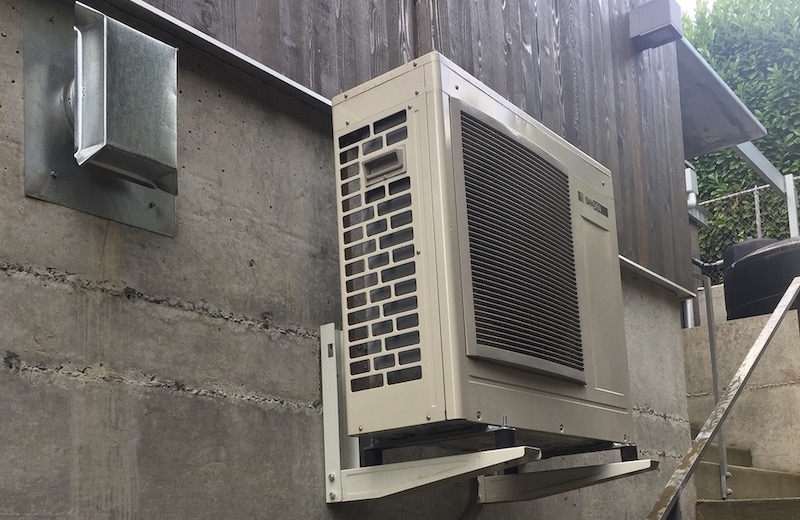 The two primary ways you can heat your house are by burning a fuel (e.g., fossil gas, fuel oil, wood) or using electricity.  Furnaces and boilers distribute the heat from combustion to heat a house.  Electric resistance heat makes sense only in limited applications, so heat pumps are the best way to heat with electricity.  I love heat pumps and have replaced the furnace in my house with two of them.  But let’s get something straight here.  To say a heat pump is more efficient than a furnace or boiler is comparing apples to pumpkins.

Unfortunately, a lot of articles on this topic miss an important point here.  Even some reputable sources make this mistake.  I just looked at three articles comparing heat pumps to furnaces and boilers and found these claims about heat pump energy use:

How can they make those claims?  Well, a good furnace turns about 95 percent of the energy in the fuel it burns into heat for the house.  A heat pump uses its input energy to move about 200 to 300 percent as much energy into the house in the form of heat.  Let’s put some numbers on this to illustrate.

The two types of equipment do different things.  A furnace uses the heat of combustion from burning a fuel.  A heat pump uses electricity to run mechanical equipment that moves heat from one place to another.  But we need to go further to find the real reason those quotes above are misleading.

When you use that electricity in a heat pump, you get about three times as much heat as electrical energy used.  That brings the net efficiency back up to the 90 to 100 percent range.  And that’s about the same as a high-efficiency furnace.  What happened to heat pumps being “more than twice as efficient “?

Still, making a direct comparison to say a heat pump is more efficient than a furnace isn’t helpful.  To do so, you’re comparing primary energy used on site to secondary energy that comes from other energy conversion processes off site.

Don’t get me wrong.  I’m definitely not saying you should avoid heat pumps just because the net efficiency might be no better than a gas furnace.  I’m just saying you can’t look only at the rated efficiency of the two types of equipment.

Another big difference is that the rates utilities charge for electricity and gas are different.  Even when you have a super efficient heat pump going up against an old, inefficient furnace, the furnace may win on cost.  That’s because gas rates in many places are really low.

The good news, though, is electricity keeps getting cleaner as solar and wind grow like mad.  So, there are good reasons for going with heat pumps, including that they result in lower carbon emissions than a furnace in almost every state in the US.  (More on that topic here.)  But choosing a heat pump because it’s more efficient than a furnace generally isn’t one of them.

Photo of power plant by stanze from flickr.com, used under a Creative Commons license.