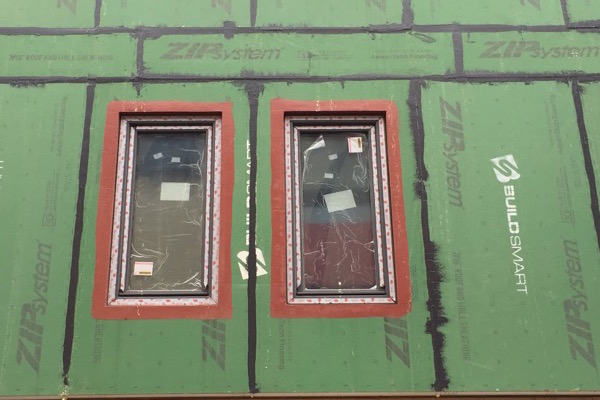 The Pembina Institute published a report on Passive House last year. Titled Accelerating Market Transformation for High-Performance Building Enclosures, the report looks at the challenge of climate change, what Passive House has to offer, the market for high-performance buildings, and more. In the executive summary, they show some graphs of certified Passive House projects, so today I’d like to show them to you.

Here’s the first one. It shows the number of certified Passive House projects from 2009 through 2016, including those in the pipeline in 2016 but not yet certified. If you’ve paid any attention to what’s going on in the North American Passive House movement in the past five years, you may be aware of the split between the Passive House Institute US (PHIUS) and the international Passive House Institute (PHI). It’s an unfortunate distraction from the difficult job of promoting superinsulated, airtight buildings, but it’s a reality. If the two organizations ever come together again, it’ll probably be far enough into the future that the current leaders on both sides have retired or moved on. Despite what I wrote last year, I think even the “world’s best dealmaker” (note the quotes) couldn’t heal this rift.

In that chart above, the Pembina report authors separate the project certifications from PHIUS and PHI. The data shown above are for individual projects (as opposed to units in multifamily buildings), and you can see that PHIUS has the majority of all North American certifications achieved already and in the pipeline. Of the 250+ total projects, about 200 are certified through PHIUS. About 60 are PHI certified.

If you look at certifications for individual units, it looks a bit different. You can see in the chart below that there were about twice as many units in development for certification in 2016 as had been certified to date. That’s because of a few big multi-family buildings, including the Cornell Tech dormitory in New York, which has 350 units. As this Pembina Institute report shows, there were fewer than 350 projects either certified or in the pipeline. There’s a whole lot of room for growth here.

Why I believe PHIUS is the better certification

I’m involved with PHIUS, serving on their board of directors. Naturally, that gives me a bias. I believe the PHIUS certification is the better one for North America, but it’s not just because I’m on the board. Here are two reasons I believe PHIUS is doing better in North America than PHI:

1. A better standard. PHIUS developed a climate-specific standard. It’s tailored to the realities of North American buildings and includes three significant changes from the PHI standard: (1) airtightness, (2) source energy, and (3) space conditioning. See my article on the PHIUS+ 2015 standard for more details.

2. Innovation. At the 2013 Building Science Summer Camp, Dr. Joe Lstiburek said, “Passive House is the only place where real innovation is happening.” He was talking about PHIUS when he said that, as he’s been a supporter and collaborator on some of their work. And he’s right. Both organizations are pushing the limits of what’s possible in buildings, but PHIUS is doing more. There’s the new standard, for one thing. Then there’s the partnership with the US Department of Energy and their Zero Energy Ready Home program. Then there’s WUFI Passive, a dynamic modeling tool that helps with moisture control, comfort, and other building enclosure related issues.

3. Quality assurance. PHIUS was first in adding requirements for quality assurance and quality control (QA/QC) to its standard. RESNET home energy raters and BPI building analysts can get certified in the PHIUS+ QA program to do onsite verification of PHIUS Passive House projects.

Will PHI catch up?

This morning I asked a Passive House consultant who works in both programs what he thinks about the two programs, and he told me, “Outside of New York and other niche areas/projects I don’t know how PHI can compete with PHIUS on single family and low-rise multi-family.” That’s the story of the numbers in the first graph above, too. But he followed that up by saying that “PHI does have an edge on large commercial and tall buildings. They have way more experience to draw from on that end.”

Most of the projects to date have been single family and low-rise multi-family. That’s beginning to change a bit with the first few big buildings, like the Cornell Tech dorm, going for Passive House certification. PHI seems to be getting more of those buildings, so we’ll have to see if that helps them catch up.

Still, I like the PHIUS program better. And apparently, so do most people getting their projects certified.

Author’s note: I have replaced the original graphs in this article with the revised versions of those same graphs just published by the Pembina Institute. I made a couple of minor changes to the text as a result. (6/5/17)